Michael Flynn - Traitor or Dog Without a Leash?

Actually, the largest base of welfare recipients live in the south...where we find a large concentration of right wing hucksters. Too entitled to find a job and too entitled to do anything at the job if you can even land one.


The recipients in the "South" are mostly in Democrat voting pockets.

The recipients in other areas are mostly in Democrat voting pockets. 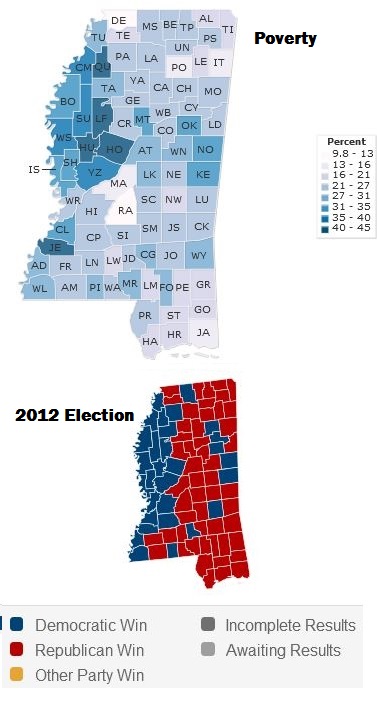 posted on Feb, 11 2017 @ 11:07 AM
link
So I wake up and see these misleading stats and numbers and get accused of making things up. Typical right wing revisionism of facts.

#1 : I stand firm that the largest base of welfare recipients live in the south. I knew you would try to make a claim like this so I left the best for last. Math is something you guys are not good at so I'll simplify it for you. Let's just take the 10 states in the South (Texas, Louisiana, Kentucky, Florida, Georgia, Mississippi, Alabama, Arkansas, Tennessee, and South Carolina) and I didn't include Missouri, North Carolina, West Virginia, and Virginia so that you don't complain that they are not "southern" states.

Food stamps is a form of welfare and is quantifiable in the below 2015 statistics:
www.cheatsheet.com...

Adding the amount of people in the 10 states collecting food stamps, the total works out to be over 17 million people making it the largest concentration of food stamp recipients of any region. Don't believe me, use the numbers above and do the math.

Next, with regards to my statement that red states are broke. I should have added in that the red states are broke if not for the federal assistance which was the intent of the paragraph. Trickle down Reaganomics is a disaster. Of course Trump sees our country as a fiscal disaster, I would too if I was visiting your right wing states that are marred with poor infrastructure and can barely keep their collective heads up to keep things like schools open. Lower taxes in your red states only shifts to financial burden to the federal govt. States like CA and NY are the ones footing the bill for your dysfunctional states. Sh it, the blue states should cut off your right wing blood sucking states and have you all fend for yourself. Let's see how long these states will last without their big brothers propping them up.

Lastly, your little map of the fiscal condition of each state is unfortunately inaccurate and the map that you posted misleads the condition of all states as it is just one of several data points in the ranking. C'mon you should know better.

I find this state by state break down completely unconvincing as it has Kansas as the #27th best for fiscal condition. I have no idea where they are getting their statistics from, but your tea bag governor, Sam Brownback, has put Kansas in a fiscal crisis. It's so bad that the last 4 governors (2 dems/2 reps) came together to urge Brownback to get his fiscal act together. Take note of this as this is a preview of what Trump has in store for the US. A state this crippled in poor management cannot be the 27th fiscally sound state in the nation and if you look at some of the other red states, they are in similar poor fiscal situations, just not as bad as KS.

You can argue semantics all you want with me. This is the issue with you right wingers. You point to things just to try and win a argument, but the proof is in the pudding. The absolute sad part of it all is that your right wing government in these red southern states continue to feed you BS, but you all continue to jump off the ledge like lemmings while your southern states continue to be the arm pit of America. When are you all going to learn that your form of huckster politics is not good for your right wing states and is not welcome in more productive blue states. We want nothing to do with these failed policies and it's time to get with the program.

originally posted by: loam
a reply to: SeekingAlpha

Oh where to start...

Your original assertion was:

Actually, the largest base of welfare recipients live in the south...where we find a large concentration of right wing hucksters. Too entitled to find a job and too entitled to do anything at the job if you can even land one.

So you weren't talking about dollars spent, but 'largest base of welfare recipients', and from that asserted they were mostly concentrated in the southern red states and therefore right-wing hucksters.

I responded to the fallacy of that assertion by showing you the ACTUAL demographics of welfare recipients. There is nothing about dollars received in that graphic.

But now you argue:

Yes, the article covers federal spending which is more accurate the just looking at dollars spent for welfare. Of course dollars spent is going to show that blue states have a high bill.

Where did you get that??? The BI article says red states get the federal dollars. Moreover, you completely avoid the fact that federal dollars referenced in the article is not limited to welfare benefits but all federal dollars to the states.

Then you make more bizarre assertions about medical expense. How about you start providing some credible government expense sources? Because much of what you say is complete BS.

Your red states are broke.

You just makes this crap up, don't you? 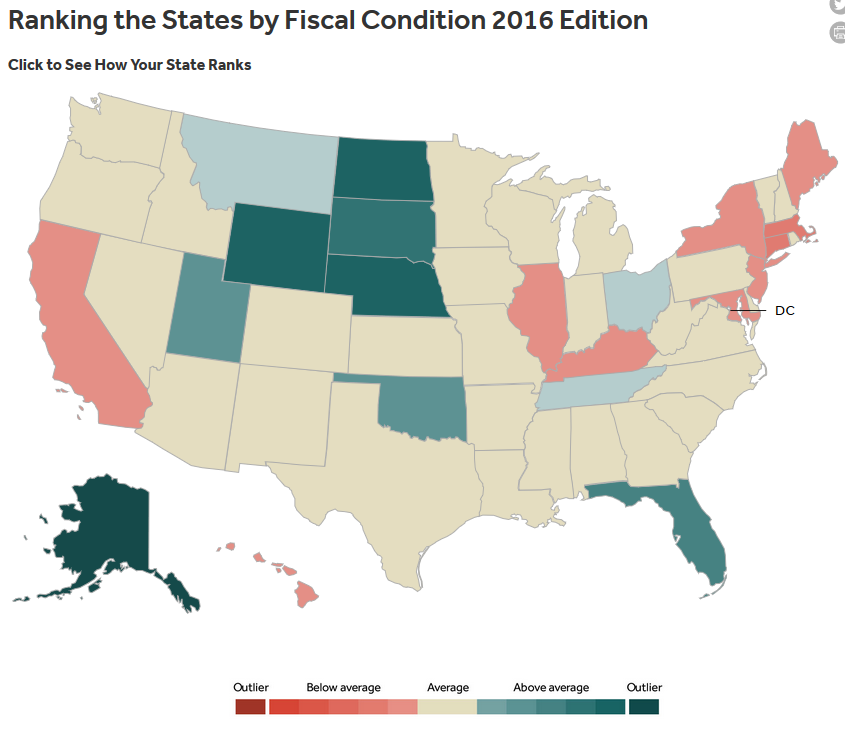 We can avoid the whole BI and alternative fact discussion. It's pretty clear you and they either purposefully mislead or can't tell the difference between fact and fiction.

Moving on. I don't do exercises in futility very well.

First, you said they were all right-wing huskers too entitled to find a job and too entitled to do anything at the job if you can even land one. The demographics clearly demonstrate that as a falsehood. That data comes from Commerce.

Next, you claim this federal burden theory, but have yet to prove it with any credible source.

Lastly, you say you didn't know where the data from the map comes from, because you didn't bother to look and read it.

A new study for the Mercatus Center at George Mason University ranks each US state’s financial health based on short- and long-term debt and other key fiscal obligations, such as unfunded pen­sions and healthcare benefits. This 2016 edition updates the version the Mercatus Center pub­lished in 2015. Using the approach pioneered in 2015, the 2016 edition presents information from each state’s audited financial report in an easily accessible format, this time including Puerto Rico to provide a benchmark of poor fiscal performance.

LOL it's all BS. The CIA has been wanting an excuse to start WW3 with Russia. It's not going to happen under President Trump. Thank God!

originally posted by: SeekingAlpha
what he did can amount to treason
www.politico.com...

No it can't. A predicate of treason is that the person aided an enemy with which the US is at war with. Read Article III of the Constitution sometime.
edit on 11-2-2017 by F4guy because: (no reason given)