posted on Feb, 10 2017 @ 10:45 AM
link
Normally when whe think of tsunamis, we think that they are related to earthquakes and most of the time this is correct. There are times, however, in which an event occurs that is not an earthquake that also generates a tsunami; this is one such occurrence.

The Gloria Knolls Slide, an undersea landslide that occurred more than 300,000 years ago produced underwater hills and may have triggered powerful tsunami. The Great Barrier Reef may have dampened the impact of the waves. ( James Cook University ) 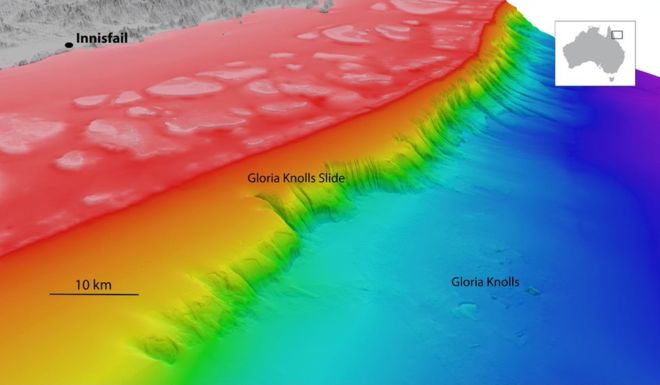 The size of the shelf which broke off and slid down was about 30 times the size of Ayers rock and was found when they were performing underwater mapping of the shelf off the coast near the Great Barrier Reef.

The reef itself would have mitigated much of the impact of the tsunami:

Simulations of the event likewise showed that the ancient landslide was powerful enough to set off tsunami taller than an eight-story building.

The impact of the wave, however, was likely dampened by the Great Barrier Reef, if it existed at the time, which could have dispersed some of the surge's power.

"The Great Barrier Reef acts like a giant porous breakwater to reduce the energy [of ocean swell]," Beaman said. "If it was in existence at the time of this landslide, it would have done a similar job."

From the Science Direct article: 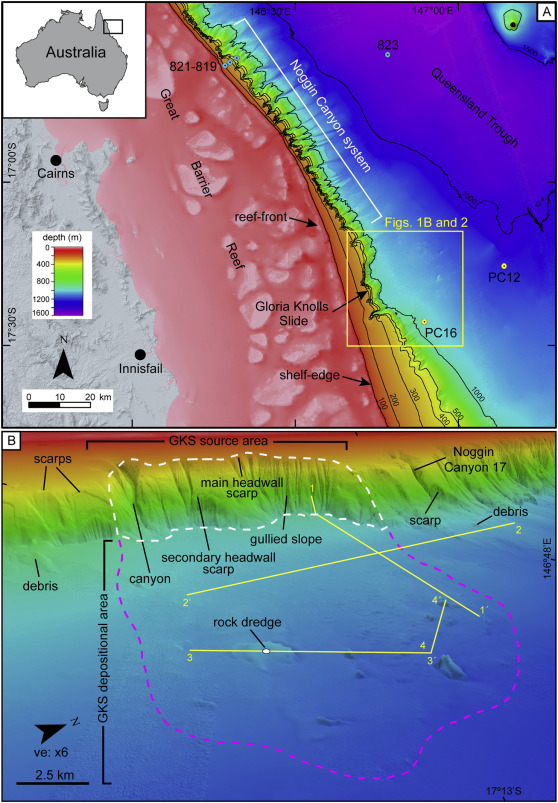 (A) Bathymetry (30-m resolution DEM) of the central part of the north-eastern Australia margin showing the location of the study area (yellow box inset) and main physiographic regions: Great Barrier Reef shelf and Queensland Trough. The slope is excavated by the Noggin Canyon system (Puga-Bernabéu et al., 2013b) and shows a large km-scale shelf indentation at the location of the Gloria Knolls Slide. Blue dots mark the position of the drilling sites of the Ocean Drilling Program Leg 133. Yellow dots mark the location of cores collected on RV Franklin Cruise FR4/92. Bathymetry contours in metres. (B) Westerly view showing the Gloria Knolls Slide (GKS) and adjacent seafloor features. The GKS is divided into a source area at the slope (white dashed line) and a depositional area in the trough (pink dashed line). Yellow lines mark the location of sub-bottom seismic profiles shown in Fig. 5. (For interpretation of the references to colour in this figure legend, the reader is referred to the web version of this article.) 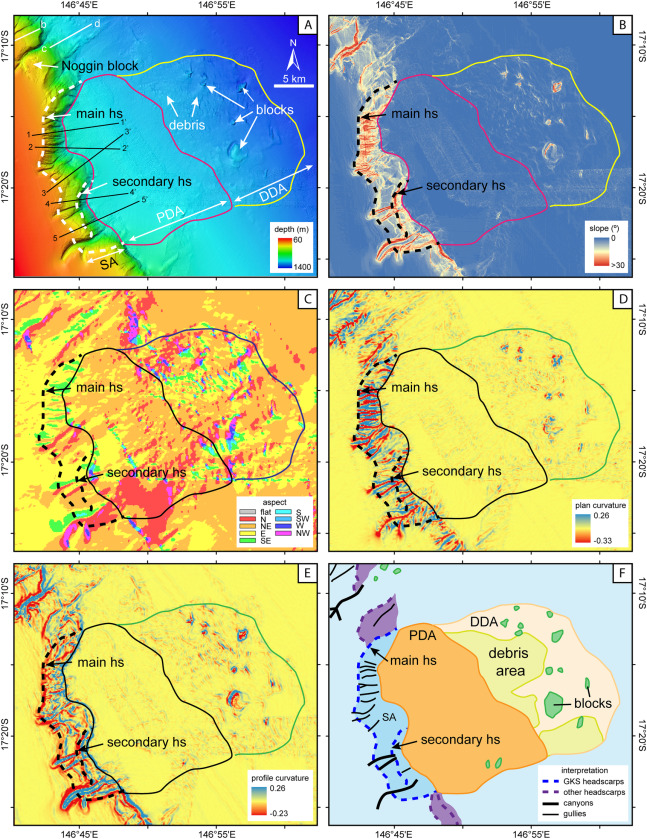 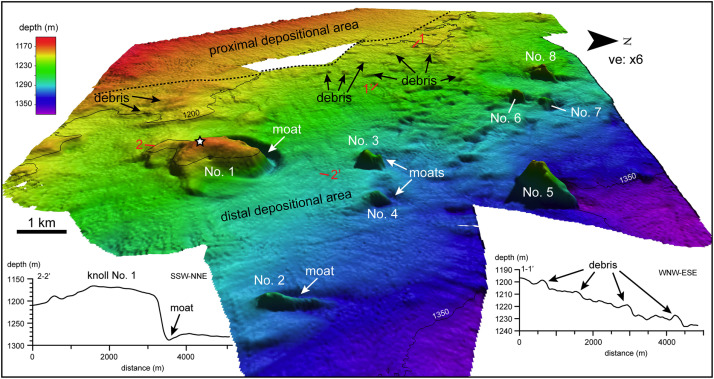 Westerly view of the distal depositional area of the Gloria Knolls Slide complex showing the distribution of larger knolls and smaller debris blocks on the seafloor. The knolls are numbered from 1 to 8. Red numbers mark the location of the two depth profiles shown across knoll No. 1 and the smaller debris field. Note the presence of moats at the northern sides of the knolls. White star marks the position of the collected rock dredge on top of knoll No. 1. (For interpretation of the references to colour in this figure legend, the reader is referred to the web version of this article.)

How does an underwater landslide cause a tsunami?

posted on Feb, 10 2017 @ 12:01 PM
link
Besides asteroid impact these underwater slides create the largest tsunamis. Awesome work, thanks for the effort!

Fisherman ride out the Japan Tsunami at sea.

Much respect for the power of moving water. Thanks for the post.

I was just last month researching Lake Tahoe and found that a Mega Tsunami occurred due to an underwater paleo-landslide. Your last video made me think of it.

posted on Feb, 10 2017 @ 03:00 PM
link
The thing that makes this phenomena interesting is that it is not relegated to only earthquake prone areas:

Unlike tsunamis generated by earthquake, underwater slides generated by tsunami can happen around the Atlantic as well as the Pacific rim.

And this is not even referencing Cumbre Vieja. That, at least, is still (theoretically) volcanic in origin.

Side scan sonar images of the Goleta slide along the edge of the continental shelf on the western edge of North America offshore southern California near Goleta, Santa Barbara County. 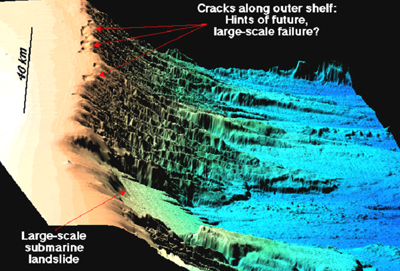 Side scan sonar images of the Albemarle-Currituck slide along the edge of the continental shelf on the eastern edge of North America offshore offshore North Carolina.

These incidences are just land slipping due to a variety of factors that don't necessarily have anything to do with tectonic or volcanic activity.

Heck, I live in the Texas Gulf Coast and could potentially have to contend with one of these. Now, they are a good deal more rare (let's hope so anyway) than those generated by tectonic activity so there is that bright spot, but the very fact that they could occur in places most people would not even think of it as a possibility is troublesome.

Thank you for posting this. I enjoying reading about this kind of thing.

The Cumbre Vieja topic is one of the reasons I joined ATS.

Yea, That video made me alittle dizzy too.