El Niño is driven by changes in the Pacific Ocean, and shifts around with its opposite, La Niña, every two to seven years, in a cycle known as the El Niño Southern Oscillation or ENSO.

It's called the Interdecadal Pacific Oscillation, or IPO, a name coined by a study which examined how Australia's rainfall, temperature, river flow and crop yields changed over decades.

Since El Niño means "the boy" in Spanish, and La Niña "the girl", we could call the warm phase of the IPO "El Tío" (the uncle) and the negative phase "La Tía" (the auntie).

What is El Tío?

Like ENSO, the IPO is related to the movement of warm water around the Pacific Ocean. Begrudgingly, it shifts its enormous backside around the great Pacific bathtub every 10 to 30 years, much longer than the two to seven years of ENSO.

The IPO's pattern is similar to ENSO, which has led climate scientists to think that the two are strongly linked. But the IPO operates on much longer timescales.

Now I don't know about you guys but I have never heard of the El Tio before...this is something new for me and probably new to most members. So knowing that there are changes in weather patterns relating to ocean temperatures affecting climates at different times of the year, how can we be so sure that there will be warmer (not cooler) conditions ahead of us? Well...have a look-see:

In the negative phase of the IPO (La Tía) the surface temperatures of the Pacific Ocean are cooler than usual near the equator and warmer than usual away from the equator.

Since about the year 2000, some of the excess heat trapped by greenhouse gases has been getting buried in the deep Pacific Ocean, leading to a slowdown in global warming over about the last 15 years.

It appears as though we have a kind auntie, La Tía perhaps, who has been cushioning the blow of global warming. For the time being, anyway.

The flip side of our kind auntie is our bad-tempered uncle, El Tío. He is partly responsible for periods of accelerated warming, like the period from the late 1970s to the late 1990s.

The IPO has been in its 'kind auntie' phase for well over a decade now. But the IPO could be about to flip over to El Tío. If that happens, it is not good news for global temperatures – they will accelerate upwards.

We don't yet have conclusive knowledge of whether the IPO is a specific climate mechanism, and there is a strong school of thought which proposes that it is a combination of several different mechanisms in the ocean and the atmosphere.

There are several links to studies in the author's research Link Here to El Tio brewing up right around the corner to increase the global temperatures around the world.

The only thing is there are not many sources online that talk about this phenomenon. Is this a case of censoring so that the idea of "global warming" or "climate change" remain a big push for reducing pollution but at the same time taxing people more on going green? I don't know but IMO something is going on and as the climate prediction models become more accurate (assuming no corrupt scientists fudge the data), we can probably be certain that more severe weather patterns will be on their way in years to come. 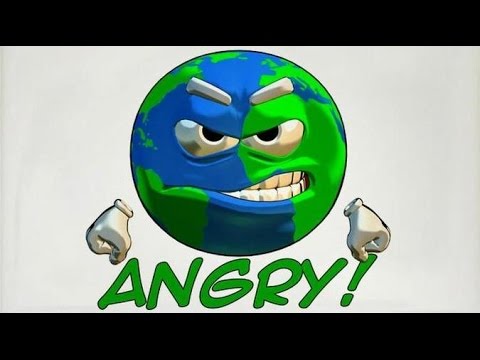 Time to build a wall. Keep these bad hombres out!!

In all seriousness, I've never heard of El Tio before either. Lake Michigan seems to influence most of the weather here. Grandpa Lake Ef'fect

Btw...I waited about 30 seconds after I clicked on your signature link... Nice one

That said..I wonder how long El Tio will keep us in suspense

I don't know but I do know that politics needs to remove itself from science. It's hindering us as a species.

What, are you the Vengeful Ghost of the Exxon Valdez? Read some science. I dare you. Scientific American, JSTOR, take your pick. Then think of who might profit if science were called a scam.

posted on Feb, 10 2017 @ 01:31 AM
link
Like ENSO, IPO appears as peaks and valleys in the warming trend. The recent El Nino being a dramatic demonstration of that. Neither El Nino nor El Tio is a cause of warming, so the headline is quite inaccurate.


Since about the year 2000, some of the excess heat trapped by greenhouse gases has been getting buried in the deep Pacific Ocean, leading to a slowdown in global warming over about the last 15 years.

Has been shown to be questionable, to say the least.
advances.sciencemag.org...

But Phage....science is ALWAYS questionable!!! So there is nothing new here.

Since about the year 2000, some of the excess heat trapped by greenhouse gases has been getting buried in the deep Pacific Ocean, leading to a slowdown in global warming over about the last 15 years.


Is that the answer to the reason why global warming isn't warming?

The heat is buried. Nice one. Cant readily verify that now can we...
edit on 10-2-2017 by intrptr because: spelling

Well ok, if you say so, you are Phage after all...

When this doesn't happen, on to the next failed predoction?

Maybe you have missed the epic winter we are all having...so no...this is most certainly fake news.

Doesn't that mean it has a warming trend?

It means it doesn't add to the underlying trend. The spike is there for less than a year then goes away (and generally becomes La Nina) as the trend continues.
edit on 2/10/2017 by Phage because: (no reason given)

Do we have accurate data on El nino/La ninas from 100 years ago?