posted on Feb, 9 2017 @ 05:02 PM
link
In every single thread involving involving Mid East migrants I never heard one thing about the refugee issues in Japan so here it is:

Oh here is an article about Turkish migrants gang raping a woman in Japan. And what's shocking, they came to Japan not because of war but because they didn't get along with their family.


TOKYO (TR) – Tokyo Metropolitan Police have arrested two Turkish nationals currently applying for refugee status for allegedly raping a woman in Kita Ward, reports the Sankei Shimbun (Feb. 22). At approximately 12:30 a.m. on December 27 of last year, Onder Pinarbasi, 22, and a 16-year-old boy allegedly took the woman, aged in her 30s, to a public toilet near JR Akabane Station and sexually assaulted her. The suspects also stole 9,000 yen in cash from the victim. Pinarbasi, who has been charged with rape and robbery, claims the boy committed both crimes. The boy admits to onlyl the robbery charge. “I did not force myself upon her,” he is quoted by police in denying the rape accusation, according to the Yomiuri Shimbun (Feb. 22). The incident occurred after the suspects called out the woman, who was visibly drunk at the time, as she was walking home. The suspects arrived in Japan last year. They applied for refugee status in August and October, telling the Immigration Bureau of Japan that they did not want to return to Turkey due to “problems that exist between relatives.” While their applications were being examined, the suspects received a visa status granting “special permission to stay in Japan.” The suspects became people of interest for the police after an examination of surveillance camera footage taken in the area.

My point is people, it is not white supremacy when even a non Western nation like Japan are facing similar issues.
edit on 2/9/2017 by starwarsisreal because: (no reason given)

A quote from the first video:


Quote, from Video One:
Reporter: "So, this is a peaceful protest, but you are asking for the beheading of the person who made this film? is that correct?"
Muslim: "Yeah, because we love our prophet, so if any person who protest or makes a movie like this...we muslims want to die for Muhammad."


So, why do they believe this? Because they are programmed by that book called the Koran. 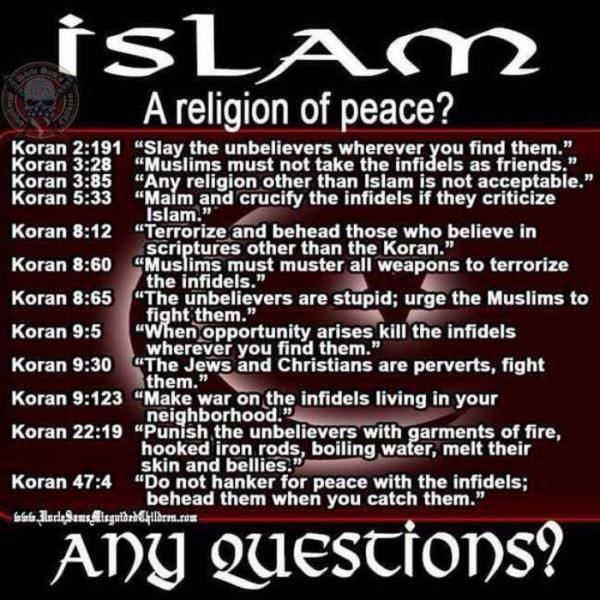 They will stick by their values no matter what. Because they love their prophet. It can't be get any clearer than that. This is a global issue, as you see in both videos. It is not isolated only in America and Europe.

that Video is showing to some extent Stage 2 of the following Image: 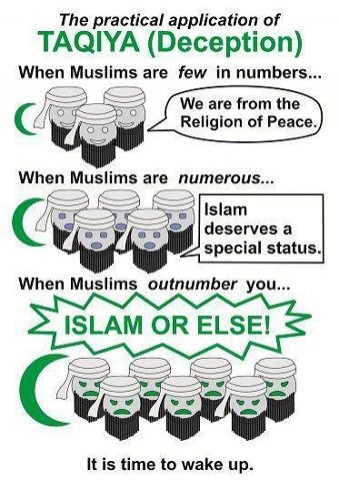 I have to tell you, the Japanese culture is beautiful and their society strictly traditional. I was in northern Japan, very old and rural, and the people treat you with respect and are kind.

Why is it that in any country we see these "people" in, there is always some kind of mass destruction of property? Like, I mean why kick mud and dirt in another persons home? Seriously...

When I was in Japan back in 97 both Masame and Kumiko whom had agreed to act as our translator's while we where there but were both admin in the company we worked for warned us to avoid Arab's while we were in Tokyo if we went sight seeing because they were known pick pocket's and worse, we never actually saw any Arab's and I had my money in a money pouch but did get felt up by a very pretty blonde of European appearance, a most surprising but not totally unpleasant moment I assure you having my posterior grabbed like that by a lovely looking lady, unfortunately I never got to speak to her as after realizing I never had a wallet in back pocket she melted into the crowd.

That Said Masame and Kumiko were both well educated and worldly (hmm decent) lady's whom spoke perfect English and Kumiko worked in England with us so I trust what they said and there was no mistake when they said Arab and meant middle eastern so by that I assume that the Japanese whom do have a strict immigration policy must have by that time already had some trouble with member's of that cultural extraction within there country though like I say we while there for those two week's never actually saw any but then again we were working most of the time as it was a business trip.

This rape though will undoubtedly have shocked a great many Japanese, no saint's themselves in previous generations (rape of Nanking, Burma Railway etc etc) but today there society is more western than eastern and these latter generation's are actually a very polite and I found gentle people whom I very much liked, as far from perfect as we are but still a society with great emphasis on aesthetics and social manner's (barring one ill mannered Japanese guy whom in our hotel elevator referred to us as Gaijin then refused to meet my eye's choosing instead to stare at the floor).

Hmmmmmm here's what some Wahhabis say is their goal:

And now they are spreading their ideology of hate to Japan.

That must have been quite an experience while there.
It is a beautiful culture and one I (as an outsider) would very much like to preserve because of it's uniqueness.

it's such a shame that even they are the targets.

Yea all cultures have shady and dark history, but if I was sent back in time and forced to choose where, it would be old Japan.

I hope the situation they have with muslims does not escalate. Japan has suffered alot in recent years especially with fukushima.

I really hope if something bad happened, Japan will not become monsters like what happened before 1945.

In fact I'm pretty sure if ISIS really did fight Imperial Japan, they will eventually fear the phrase "Long Live the Emperor, Banzai!"

Unlike the West and even Russia, Imperial Japanese soldiers will fight to the last man and will not surrender.

There is a reason why the US never invaded Japan. They know that if they ever step foot it will be a bloodbath of epic proportions.
edit on 2/9/2017 by starwarsisreal because: (no reason given)

originally posted by: Corruptedstructure
Maybe they want a tour of Fukushima

I think they should take that tour.

Deport every one of them, Flatten the Mosques ,introduce Capital punishment for rape and murder perpetrated by them ,They belong in the Middle EAST, not in Japan ,the ruination of another good country by these scum ,keep them out kick them out, ban their entry .the middle east is their home, stay there you SCUM

You also don't hear much about the problems caused by the American military there, do you?

In addition to sexual assaults and murders committed by US military forces, we've also caused significant pollution and drunken military personnel have become a huge problem.

And you might have missed last year's arrest of an American ex-marine for murder of a Japanese citizen that caused some tension between the US and Japan. I was aware of it, but you may not read the same news sections that I do.

So if you're going to finger-point at Muslims, perhaps you should recognize that US military personnel are actually a much larger problem for these areas.

Absolutely, if I had not known so many old men that had fought there grandfather's generation I would have been even more gracious in my appraisal, there culture has great beauty and a lot we have lost has flowered there as well as a lot we never had but maybe wished we had but sadly just like us in the west the Japanese also are today suffering an aging population with a falling birth rate.

To be fair I would say I liked the people we met very much indeed and the majority of them made us feel really comfortable, sadly the other guy's I was with could not hold there beer so I had a few cringe worth moment's, Lee had chopstick's stuck up his nose in the hotel restaurant which was actually crowded, they are so polite they did not bat an eyelid but I did not know were to put my face out of shame and the other guy I can't remember his name after all these years, well he was squinting his eye's and this was made all the worse by the fact they were grown men.

I believe the fact that I was obviously embarrassed seemed to egg them on a little, well at least the our two impromptu interpreters were not around while this happened.

For me it was not the difference's but the similarity's that shocked me, I had an intense moment of Deja Vu as we drove up out of Shinjuku were we were staying to one of the factory's outside tokyo were we were inspecting a process we were bringing back to the UK and as we passed through a winding section of road my sight was drawn to a path in the wooded area off to one side, I only saw it for a moment but felt an extremely strong sense of familiarity as my eye's fell on a Shinto shrine and you know I really felt more at home there than I do here in my own country.

On another occasion near to the Shizoka (probably not spelled that correct) factory the second site we visited which was near to a town called Kakinan (and that I am typing it as I heard it so also probably not spelled correctly) one of the engineer's drove us out to see some of the local scenery (beautiful landscape full of row's of green tea bushes, I love the Japanese green tea which nothing like the fake green tea we can buy here and actually tastes like tea but not as bitter) and he brought us in sight of the pacific coast, I don't know why but I really felt a terrible discomfort, even fear for some reason as I looked at the water even though it was about a mile away from the hill we were on.

The food there really agreed with me and I felt wonderful after those two week's until I got back to my usual English diet, my energy was great, I felt lighter on my feet but though I tried to replicate there food here I simply could not do it.

There is a very great deal to be said good about Japan and the Japanese way of life and I really can't say anything bad about them.