Any members in the Washington DC area

posted on Feb, 9 2017 @ 04:51 PM
link
If we have any members in the Washington area, there's an interesting spotting opportunity for you. The two JASDF 747-47Cs are in the area. They are operated as the Japanese version of Air Force One, and will be replaced by two 777s in the near future. These two are unique, in that they are the only 747-400s that have variable winglets. They're capable of going from something like 3 degrees to 10 degrees of angle, and can be changed in flight. JF001, tail number 20-1101 is about to land, while JF002, tail number 20-1102 is over Ohio heading into the Washington area. 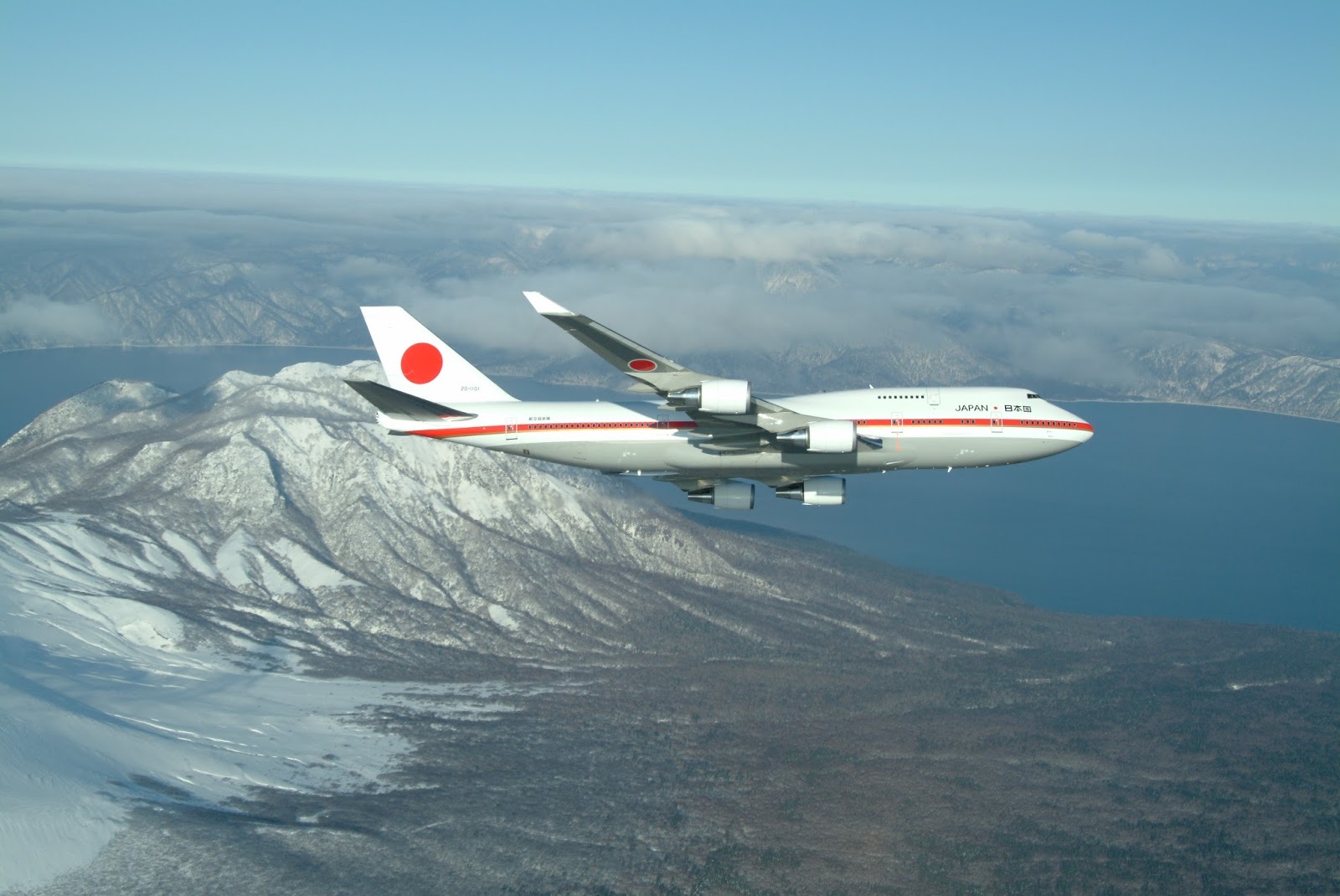 I don't know how long they are going to be here, or where exactly they're going to, but I'm assuming at least two or three days, and heading to Andrews. If any of you are in the area, you won't have many opportunities to get shots of these.
edit on 2/9/2017 by Zaphod58 because: (no reason given)

Not even close, but damn thats a beautiful mountain in the background. Someone, anyone in the area, get us some pictures please!

posted on Feb, 9 2017 @ 05:12 PM
link
I suspect they'll go to Everett, which is East of me in Kitsap, but I'll listen for them in case they get over here. Very distinctive whine to those engines.

Sorry, I meant DC. Edited to reflect that. I realized afterwards that I should have been more clear.

posted on Feb, 9 2017 @ 05:28 PM
link
Never knew that they had such planes so S+F just for the info, probably well more comfy than the plane we Brits have

The air traffic here in the BWI/95 corridor is intense. Without times it would be difficult to discern.
BTW, weren't you deified earlier? How's the 'signa'l working out?

They're really nice inside. Not quite as nice as Air Force One, but pretty damn close. They make you either take your shoes off, or put shoe covers on before you go on board. I thought that was pretty funny.

Your best bet is to find somewhere to stake out Andrews. It's the Japanese PM visiting Trump. He'll be here at least through the weekend. I'm trying to find something that tells at least the day that he'll be heading back to Japan.

You find all kinds of fun things on that one, even just over the US. A Global Hawk recently kept broadcasting on a 21 hour over Libya. I was watching an E-2C and C-2 flying yesterday, and figured out where one of the carriers is training at, off the West Coast.
edit on 2/9/2017 by Zaphod58 because: (no reason given)

I'm going over it right now. But there is no "military" button. Lol..

Go under Menu to Options, then Filters. Click to activate filters, and you can set it to military.

I keep my eyes to the skies when I can but that's too big a window for such a lazy person.

The variable winglets come as a huge surprise. My google-fu is lacking, and I've been unable to come up with any citations.

The cost and complexity of developing such a system for relative modest performance gains seems remarkable. Even the amount of flight testing for flutter and aero elasticity validation seems significant for just two airframes.

Call me a doubter....I'm anxious to learn more!

We had to deal with them a couple of times when VIPs came to Hawaii to visit. The Prime Minister usually came on a Japan Airlines DC-10, but the Emperor came through once or twice and we had to handle them. They gave us tours and were giving us technical details. This is the only variable winglet in existence that I know of. There are several papers talking about variable cant winglets to alter efficiency in flight. You change the angle at lower speeds to get better lift at takeoff and landing, and then again in cruise to get better efficiency at cruising speed.

Boeing has multiple patents for variable cant winglets, from winglets that change angles, to ones that use memory metal to bend and change shape in flight, going all the way back to 1983-84 or even earlier.
edit on 2/9/2017 by Zaphod58 because: (no reason given)

I appreciate the reply and have seen the patents in searches.

After looking at many, many images on Airliners.net I still can't find any that would suggest the wingtips articulate in any fashion. Furthermore, I would have thought there would be at least some mention of the winglet operation somewhere in Internetland.

Can you point me to something that references these variable winglets built and installed on these two aircraft?

Ps...I only have a phone, so my editing skills are limited tonight . Compare these two photos....they look the same to me.

The feature was a special order, so there isn't much beyond the patents. The winglet doesn't look any different because the angle change is pretty small, so it doesn't need a lot of room to move. There are only a few conditions I can think of when they'd actually move them honestly, but they apparently wanted the feature, so they worked with Boeing to do it.