posted on Feb, 9 2017 @ 04:37 PM
link
Lockheed officially rolled out the LM-100J, the civil version of the C-130J. It will replace some of the older L-100s flying with several private companies, and even governments. The program was announced three years ago, and flight testing will start later this year after completion of ground testing. The LM-100J offers the same 2 person cockpit crew as the C-130J, and more powerful Rolls AE1197C engines. The big difference between the two is that the LM-100 doesn't have the tactical windows down below the cockpit area, and the military radios.

The aircraft will support oversize cargo tranportation, rough field operations, aerial firefighting, and search and rescue. Lockheed expects to have FAA certification by next year, with the first delivery in 4th quarter 2018. They currently have multiple orders, along with commitments for at least 20 aircraft. 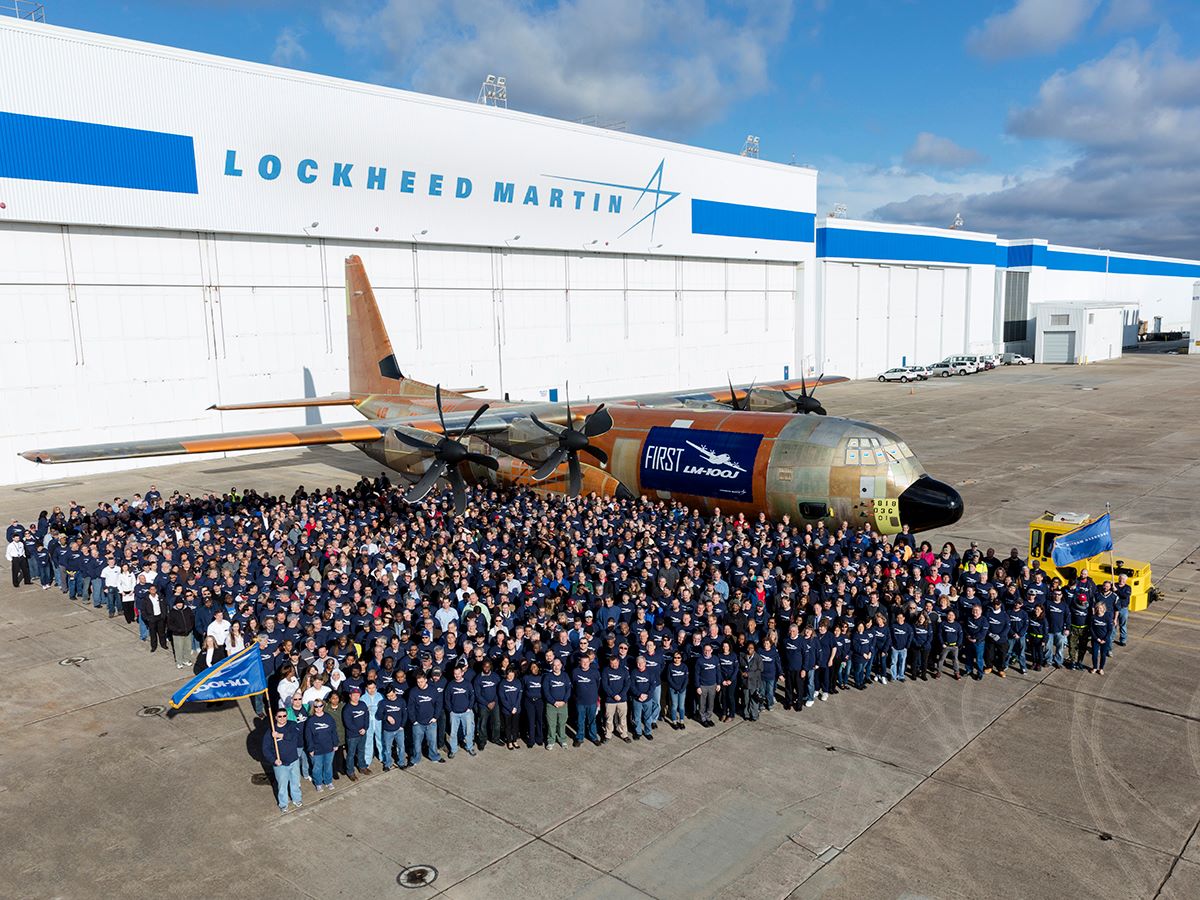 Lockheed Martin ceremonially rolled out the first LM-100J commercial freighter off the assembly line in Marietta, Georgia, completing a key milestone ahead of a scheduled first flight in the spring.

The roll-out comes three years after Lockheed launched the LM-100J programme to adapt the Super Hercules for a niche cargo market, replacing more than older-model L-100s delivered by Lockheed from the early 1960s to 25 years ago.

posted on Feb, 9 2017 @ 05:31 PM
link
Couldn't of at least given it a better paint job for the photo? looks almost like its a rusted bucket before its even flown.

originally posted by: Zaphod58
a reply to: Maxatoria

It is the production test aircraft. It doesn't need to look pretty, only fly pretty. And paint can cover up a lot of developing problems, like fatigue or focal point vibration cracks. If it were a customers aircraft, it might have been painted first. But some customers might want to handle their own cosmetic and interior completion, and, therefore, take delivery of a "green" aircraft.

originally posted by: Maxatoria
Couldn't of at least given it a better paint job for the photo? looks almost like its a rusted bucket before its even flown.

I was thinking the same thing, it should have been Lockheed Evil Black.

If I owned jets I'd want them all to look like that.

Least they got some of it in Alodine..

posted on Feb, 10 2017 @ 04:43 PM
link
Not the first time a military transport plane have a commercial use. At the start of this video there is a Qatar Airways C-17

Back in the day, I flew in a civilian c-130 flown by a cargo outfit from Anchorage to Cold Bay, AK.

There are, or were, over 100 L-100s flying with civilian, or foreign military operators. There were 36 in civilian service, the rest in military.