Should we tax regulation?

posted on Feb, 8 2017 @ 02:08 PM
link
In light of current political events. It occurred to me that maybe taxes aren't necessarily a bad thing. So what would people think instead of two for one regulations getting replaced. We make our congressman create a taxation plan for regulations.For every regulation created a tax be placed on it, and who writes them. Which would for the intent make congress more responsible for their actions.

To get the idea i am proposing. One need look no further than tobacco. Today the government collects more tax on it than the product actually takes to produce.

Another effect of this is forced conservation. Less of them being created. Obviously this does have some kinks to be worked out.I am sure there would be a lot of opposition to it, but come on people. The entire reason of being for congress is not to write endless, upon endless amount of laws or regulations.

From the Regulatory Studies Center. 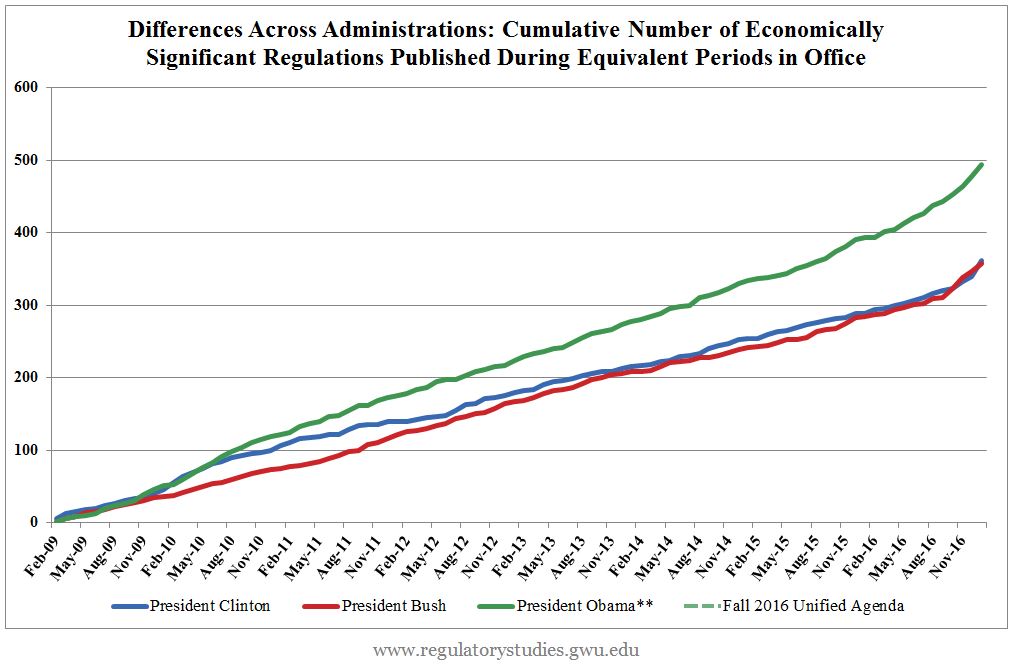 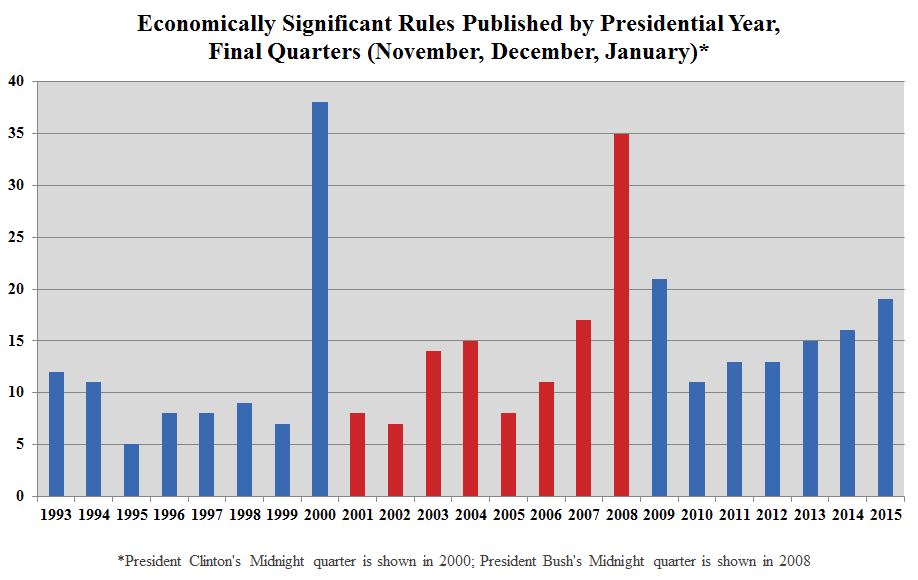 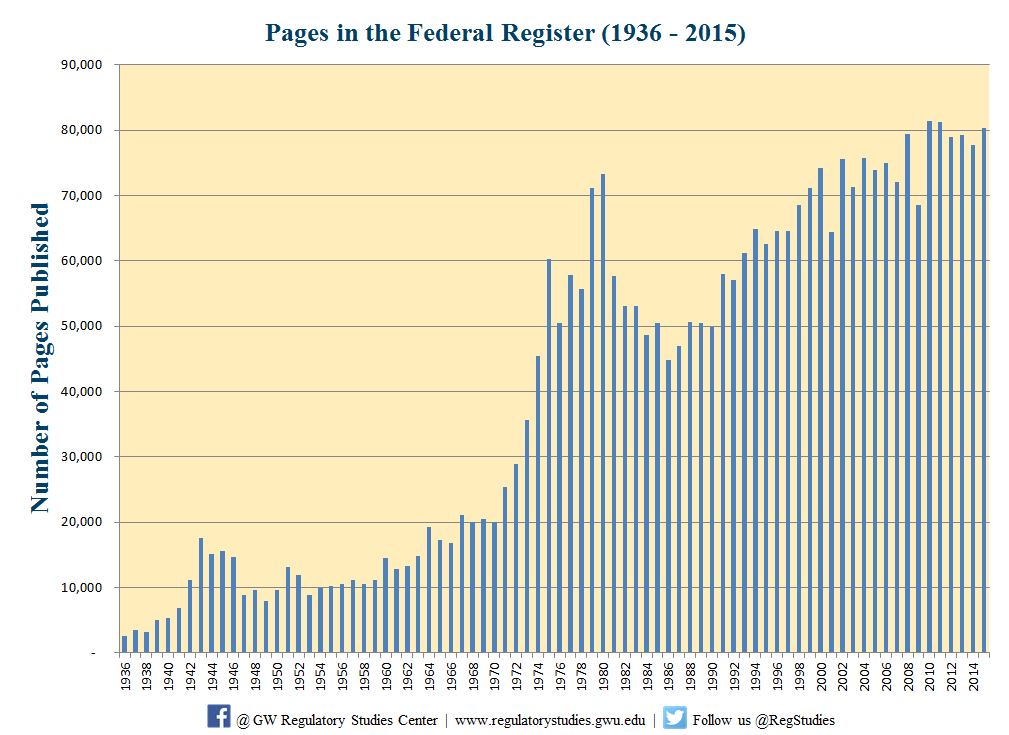 The majority of regulation do not sunset. Once created they are there forever. Even when they no longer reflect current times.

This thread isn't about who did what.

It's about where do we go from here.

Going by the last chart the period of 1936 to 1970 seems to be the most sanest time in American history.

WHAT do people think should be done?

My own opinion a regulation tax makes more sense than carbon taxes. Mostly because it's limited to law makers, and not the people.

I don't understand what a regulation tax would be?

tobacco is a product worth money and the taxes comes from people who pay money.

But who pays money for regulations?


But who pays money for regulations? 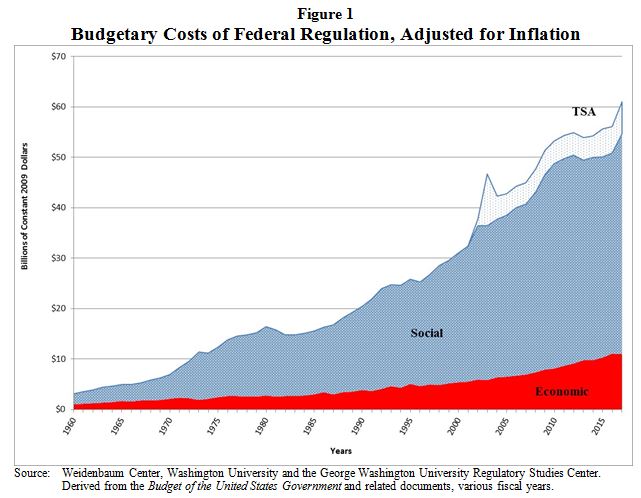 This is what it's costing us now.

My proposal flips the burden.


Who would pay these taxes? Are you suggesting the government tax itself and then pay itself those taxes?


ps edit - You just answered in the post above this one. Nevermind.
edit on 8-2-2017 by Abysha because: correctionizing

originally posted by: Krazysh0t
a reply to: neo96

No more 'crazy unfeasable' than trying to tax the air.

Why don't most people understand that most regs are based in protecting people and the environment from greed. There may be some that are fringe but the problem is that many people and businesses cannot be trusted to do the right thing.

That isn't even close to a comparable event. Taxing politicians is a ridiculous idea (probably born out of distrust of politicians instead of out of a need for productive governance). Especially considering the turnover rate of politicians. Eventually you are going to have a crop of politicians paying taxes on regulations they didn't even vote to implement. So this creates pressure to get rid of ANY regulation that you didn't help to implement. Which is dumb because not ALL regulations are useless.

As opposed to TAXING and regulating the hell out of job creator in this country to where they move overseas?

WHAT SHOULD BE DONE ?

I seem to recall that question at the bottom of the op.

Instead of losing your cool and yelling at me, how about reading my first post in the thread and you will see that I already suggested an alternative idea?

posted on Feb, 8 2017 @ 02:43 PM
link
I say congress should have major tax increases every year they do nothing in office to benefit the citizens. See who really wants the job..

originally posted by: Krazysh0t
a reply to: neo96

The only problem here is who gets to decide if a regulation is "useless". Each segment of the political spectrum will have completely different criteria for this. I can agree on the redundancy part though, as long as the remaining regulations are adequately funded.

It's just a preliminary idea of mine. Though I see much more merit in it than anything suggested elsewhere. Clearly you would want an independent organization to oversee the review. That way the analysis isn't tainted by partisan politics. And even after that, you'll want to review all the choices the organization made with possibly a different independent source. So at the minimum you have several levels of independent vetting on this process.

Then you should vote to get rid of them one-by-one. Sure it's slow and takes times, but when you do it in bulk, you risk people not reading the content and some politician slipping in some regulation that wasn't approved hoping no one catches it.

Sounds good. I would definitely target the redundancy first. But something I've realized is that the redundancy is often done on purpose to satisfy the constituents in the districts of powerful lawmakers. This makes them extremely hard to eliminate.

Many times, a senior politician on powerful congressional subcommittees may protect and sustain a redundant or virtually obsolete program because it directly helps his/her district. That program and related perks are seen as vital by his/her constituents, which is why they keep reelecting that lawmaker. The other lawmakers then have the unenviable choice of trying to cut a valuable but redundant program in a powerful colleague's district, knowing that they need that lawmaker's help to get anything passed in those powerful congressional subcommittees. It would be even harder if the lawmakers are in the same party, particularly since seniority rules in Congress.

I wouldn't even say it's a flaw in the system, either. The whole point in the country being divided by congressional district is for the representatives of each district to represent the people from that district first.

This is why I suggested an independent organization review the regulations and another one double check their results. I understand the partisan games that are played by politicians, so the best way to identify the correct regulations to be removed is to make sure the identifying process is done independently.

One of the redundancies that I want to see removed is America's insistence on making things that are crimes even MORE criminal. Whats the point of having a special classification for terrorism, for instance, when everything that a terrorist can do to an American is already illegal under different laws? Plus the idea of what terrorism IS is also vague. Hate crimes are another one that I'm not too particularly keen about when hate crimes are mostly illegal already too.
edit on 8-2-2017 by Krazysh0t because: (no reason given)

We shouldn't even tax income.

A regulation tax would be unconstitutional, I would think, but it's an amusing idea to toss around.


A regulation tax would be unconstitutional, I would think, but it's an amusing idea to toss around.

I don't know about that.

They seem they have the constitutional power to tax whatever they want to.

That should include them.

Or let me say this way.

posted on Feb, 8 2017 @ 03:40 PM
link
Regulations for taxes have to be passed by congress to become laws/rule. Do you think congress will pass a tax like that on themselves?

EOs don't have the authority to cut it.


Maybe this is make believe time for a fictitious America.

originally posted by: roadgravel
Something to discourage creating regs that protect people.

Why don't most people understand that most regs are based in protecting people and the environment from greed. 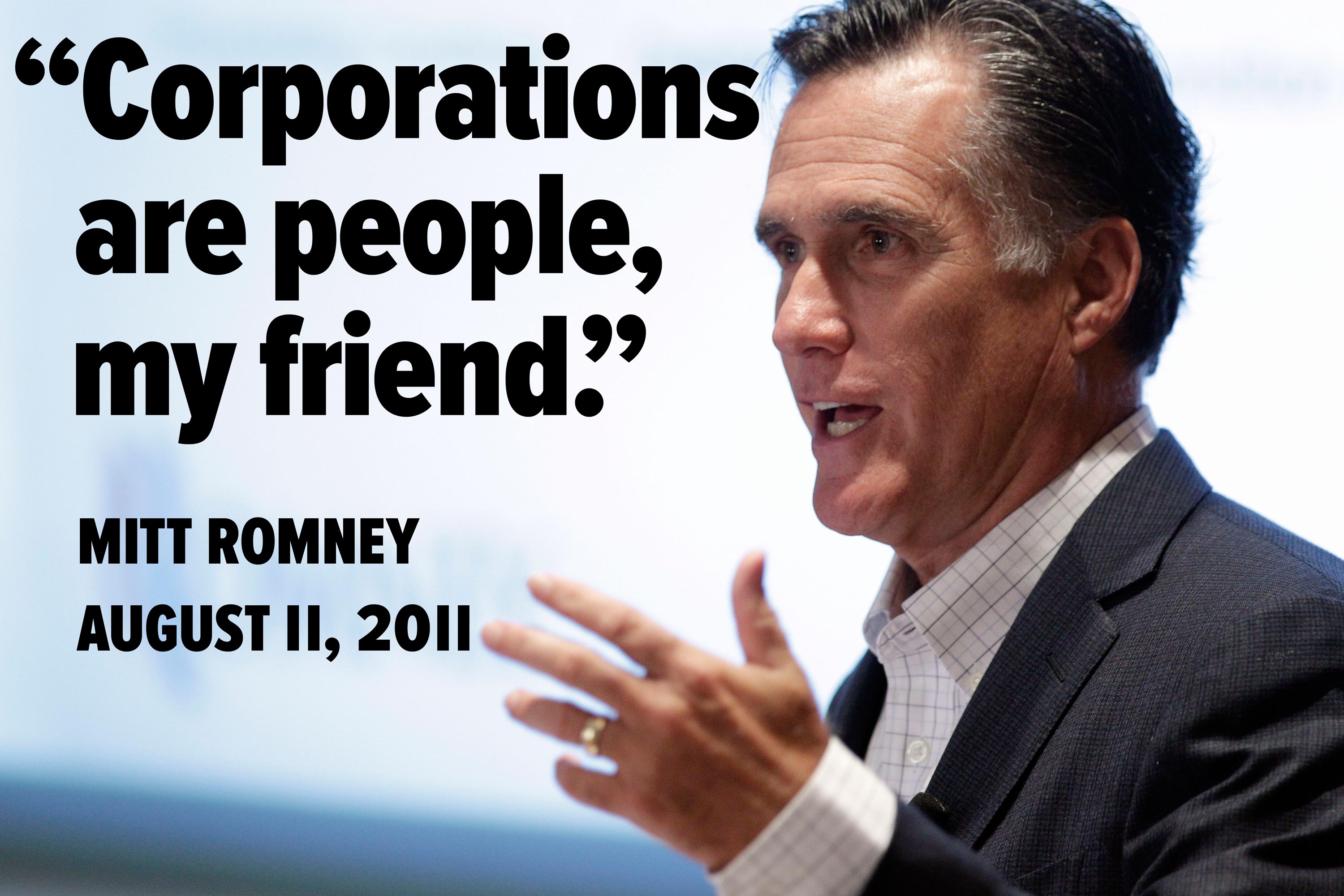 But okay, will actually now counter that.
regulations are good as a general concept within sane limits, but keep in mind, overburdened regulations effect small businesses far more than large corporations.
Megacorps have no issue with regulations as it may hit them a bit, but it will completely destroy any smaller up and coming competition..so there needs to be a clever sliding scale way of how things are done.

It'd be interesting to see how such a debate in the SCOTUS would end up--I mean, it would obviously be a tax targeting a very few amount of U.S. citizens, so would it cause issue with equal-application of the law? Would it have to carry over to municipal, county, and state legislatures in order to be constitutional?

It's an interesting idea to ponder, but I don't think that it would end up being accepted.

But, who the hell knows anymore--our government is just a shell of what it was meant to be.