ELIZABETH WARREN - Only the 2nd Senator in U.S. History To be Barred From Speaking.

Sen. Steve Daines, R-Mont. advised Warren that she was out of order under Rule XIX of the Senate, which states that "no Senator in debate shall, directly or indirectly, by any form of words impute to another Senator or to other Senators any conduct or motive unworthy or unbecoming a Senator."

(as posted in that other thread)

Manson's speech at trial is public record. Being public record does not exempt something from being out of order to recite. Many a thing of public record can be inappropriate given the right - or wrong - circumstances.

This, however, was in my opinion not. A person's actions speaks to his character, so the letter is relevant.

Of course, if the issue is either that it is known that Mrs. King was incorrect in her writings, or that Warren used the letter to get around rules about name calling, then, sure, Warren was out of order.

It is never clearly stated in the article, but I get the sense that the latter was the case according to Republicans

Its better that way.

She was not out of line in the least. She was reading a piece of congressional record.

And now the rift deepens. I cannot support a party that props up racists and bigots, that is for sure.

originally posted by: bigfatfurrytexan
I do not look favorably on this at all.

She was not out of line in the least. She was reading a piece of congressional record.

And now the rift deepens. I cannot support a party that props up racists and bigots, that is for sure.

Even though you do not agree that she was out of line, could you explain to me the argument that she was? What was it about reading the letter that was so objectionable? I am bewildered. Surely there must be SOME argument there if they get 49 votes for barring her from speaking - they are not ALL crazies. But I do not see it.

Trump has been in office for a couple of weeks, and it seems like years already. Somebody will need to clean up the mess he leaves behind. Elizabeth Warren is looking more and more like the person to do just that.

I could presuppose, but without knowing them or talking to them i'd have no clue to her motivations. It looks to me like she was silenced by a political majority.

Mitch McConnell should not be in office either. Thats just my opinion. I'd reckon that of the 100 senators, less than a dozen should be left, but apparently America's still not through with petty partisan politics.

originally posted by: bigfatfurrytexan
And now the rift deepens. I cannot support a party that props up racists and bigots, that is for sure.

Sessions 'not a racist,' says son of black couple once prosecuted for voter fraud

However, like you, I think blocking Warren was a mistake and is of great concern. It demonstrates that the left and right establishment in Congress is alive and well...and remains as dysfunctional as ever.

When I hear Trump say he wants to drain the swamp, I always wonder if he and the people realize most of the swamp creatures reside there?
edit on 8-2-2017 by loam because: (no reason given)

I believe it is because she paraphrased the quote and twisted it.
See link on first page to the actual letter and then video here. McConnel starts at 3:40

Yeah, i suppose that was phrased poorly. I have no idea what lies behind Jeff Sessions reptilian skin. LOL

But i do not like seeing strong arm tactics in DC.

RE: the swamp....Jeff Sessions has been crawling through the muck of that swamp for years.

Sessions could be a full blown clan member and no one would care anymore.

That's because the term gets used unfairly so often now, it has been rendered meaningless.

There has been no greater gift to those with actual racist views, than the label being inappropriately applied to others on a massive scale.
edit on 8-2-2017 by loam because: (no reason given)

You can't slander another senator in any form and she knows the rules. I believe this was political move to be a crusader against trump

Here are some additional articles for anyone who wants to try to get a better idea of what transpired.

I'm not sure about the credibility of the sources or how anyone here may feel about using these sources but I try to look past that when looking for information and just try to be mindful of biases, separating facts from opinions and/or commentary. I also try to keep an eye out for facts or details that have been deliberately or conveniently left out.

Warren Blocked From Speaking During Sessions Confirmation Debate - I found this to be the most informative.

Warren sanctioned for ‘impugning’ Sessions during attorney general debate in Senate - This was also informative, although putting the word impugning in single quotes is kinda of subjective or kinda like making an opinion known in a subtle way.

Read the letter Coretta Scott King wrote opposing Sessions’s 1986 federal nomination - This ones from the Washington Post it has a copy of the letter for anyone who wishes to read it.

Despite Rebukes, Ted Cruz Doubles Down on Charge McConnell Lied (Updated) - This one I found interesting as it is another example of impugning, although I'm not sure if they barred Ted Cruz from speaking over this since the article doesn't mention anything about it.

I found this from the first article to be interesting:

Later in the debate, Rounds was pressed by Democratic Sen. Sheldon Whitehouse of Rhode Island to explain that a statement cannot be made against another senator, even if the statement is truthful. Unlike with traditional libel and slander cases, truth is deemed no defense by the Senate. - See more at: www.rollcall.com...

Hope everyone finds these articles useful and informative. (Could have done more/better I know, but I really gotta take a leak).

posted on Feb, 8 2017 @ 08:58 AM
link
My opinion, and this would apply whether it was Democrats silencing a Republican on the same basis, or Republicans silencing a Democrat, or what have you:

Attorney General - as I feel the case should be for any judicial position or high office in law enforcement - is a role that requires an assessment not merely of experience, not merely of constitutional fidelity, but also of constitutional interpretive philosophy (originalist? textualist? etc.) as well as character and conduct.

The entire premise of a confirmation debate or hearing is to assess every relevant point of information, present or historical, in as great context and pertinence as is possible, and for arguments to be made and heard on that basis. The character, conduct, is self-evidently included in such discussions and debates. To suggest that providing potential evidence (right or wrong, strong or weak - that's why there's a debate, and why everyone gets to debate all the points raised by everyone) of conduct or decision making or tendencies or what have you is somehow not allowed... defeats part of the very premise and purpose of these proceedings.

And to rule that a letter already in both the congressional and public record is somehow casting aspersions on someone in a way that means it cannot be submitted or heard - particularly when that same letter was already considered in previous proceedings which resulted in not confirming the person in question in a similar & related, but lesser, role - is, frankly, in my view, absurd and illogical. (Unless the argument was simply to not waste time or the avoidance of redundancy, since it's likely most members of the proceedings are already familiar with it. But that wasn't the argument.)

One may disagree with the letter... again, that's why there is debate and all concerned parties take turns giving speeches and espousing their thoughts and arguments. But to bar its very reading, when it's already part of the record from previous similar proceedings (simply of lesser magnitude and implications,) simply makes zero sense to me.

Again, this would be my position just as staunchly if it were a letter about Warren being read by McConnel or some such. This is a very rarely invoked rule, one very selectively applied, and one I frankly disagree with the premise of to begin with. A rule against even politely questioning the conduct of a senator, because said conduct might be unbecoming of a senator? What do they do when such conduct is known to exist? Say and do nothing? Hope for independent entities to bring it to their attention (but then never speak of it aloud in session)? Again, imo, illogical and absurd. When either side does it.

I respect the views of those who disagree. 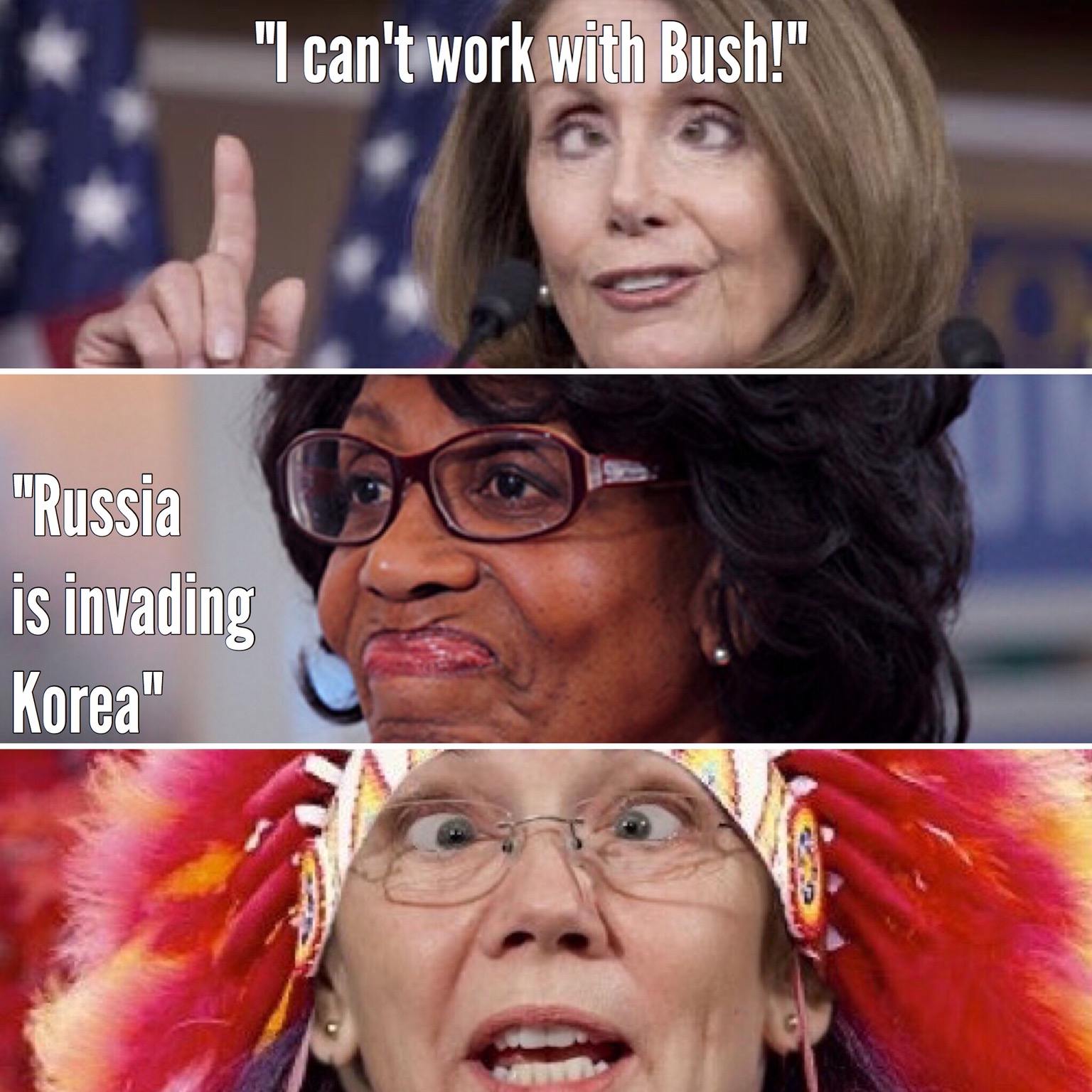 Sadly is all the same old same, we tend to be against what is not in our side and in our favor.

How divided we have become, even here in ATS the vitriol since Trump took the white house from Hillary.

We will never be the same, the Era of Obamas damage this country perhaps into an oblivion that we may never comeback again from.

Because as with everything in life, what goes around comes around, just wait for whom takes the white house next.

By then I be too old to even care anymore.

posted on Feb, 8 2017 @ 09:16 AM
link
I am having difficulty accepting that so many of you are responding with the sentiment of "it's about time". Really? Are we just so totally overdue for a true expression of authoritarian abuse where we'll accept any shut down of discussion as long as it's the other team?

Shame on you conservatives who view this as a positive step. All of your talk about the ideas of our nation is now 100% bs to my ears.

Blocking a senator from reading a letter written by Dr. King's widow, a widow of one of the most powerful civil rights icons in history, a letter about the new potential attorney general, a letter illustrating how that person is completely antithetical to the needs and spirit of our nation... to any of you cheering this shut-down of that discussion... screw you.

Seriously, your opinion is not American. There have been moments where I have lost the general respect for ATS membership but this might be the apex of that horrible sensation.
edit on 8-2-2017 by Abysha because: grammarization

originally posted by: JDmOKI
a reply to: Phage

You can't slander another senator in any form and she knows the rules. I believe this was political move to be a crusader against trump

I agree, I think her goal was to knowingly break the rules and be rebuked so she can play the victim. You can see for yourself it's working on CNN and here at ATS.