While sifting through the CREST database, I stumbled across an old report that I believe ATS should be reminded of. Similar information has been shared in the past, but many links are 404'd, so I resurrected few.

Lets dive in, shall we?

Below is the report’s header, which shows us that the CIA had an interest in monitoring foreign documents and radio broadcasts that specifically dealt with unconventional military aircraft. 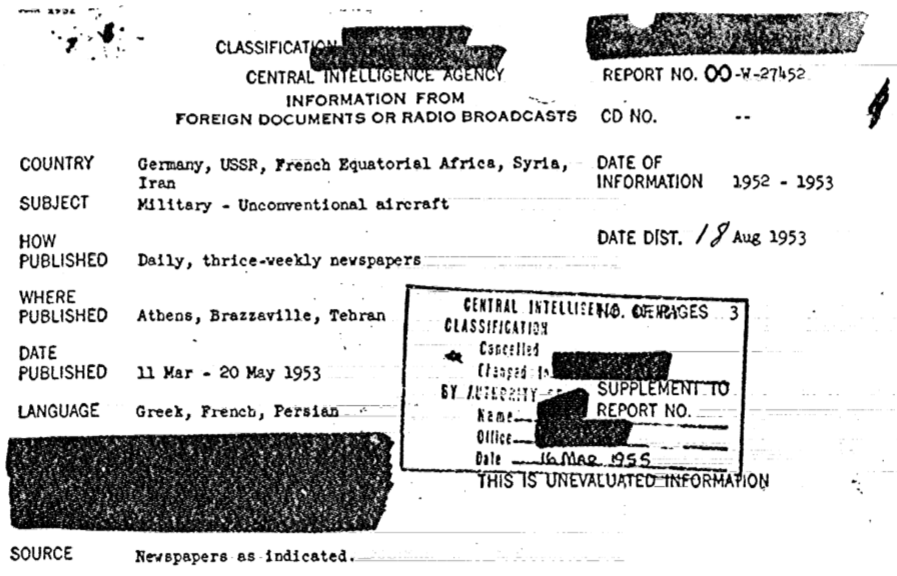 The report involves the USSR, Germany, French Equatorial Africa, Syria and Iran. Articles are derived from both daily and thrice-weekly newspapers published in Athens, Brazzaville and Tehran, each in their respective languages (Greek, French and Persian), between March 11 and May 20, 1953.

- Planning stages began in German aircraft factories as early as 1941

- The first experimental flight of a “flying saucer” took place in Prague on February 14, 1945

- The “flying saucer” reached an altitude of 12,400 meters within 3 minutes and a top speed of 2,200 kilometers per hour

- If built in accordance with German specs, 4,000 kilometer per hour speeds could be achieved

- Obtaining specific materials for construction proved difficult, but solved by German engineers towards the end of 1945 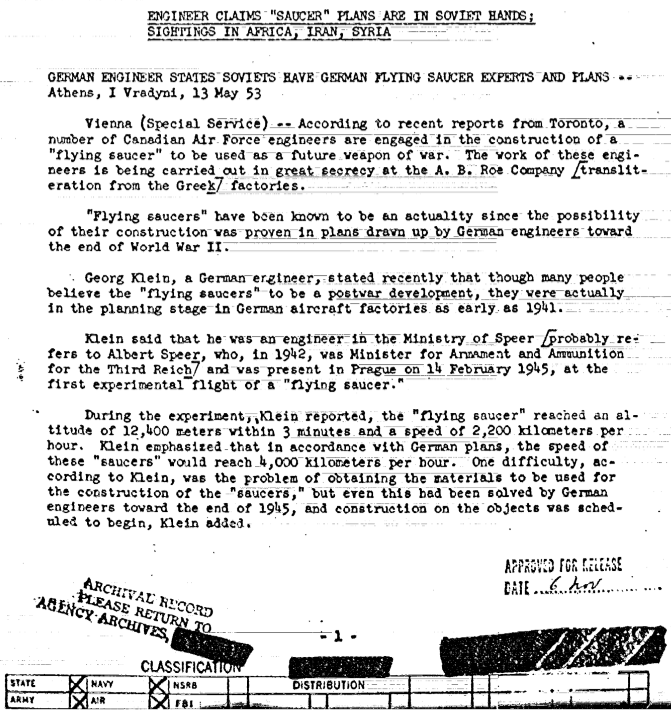 - One model was shaped like a disc, 42 meters in diameter and had an interior cabin

- The other was shaped like a ring, with raised sides and a spherically shaped pilot’s cabin located in the center, but outside of the ring.

- It would’ve been possible to transport up to 40 passengers at a speed of 4,000 kilometers per hour to anywhere in the world. 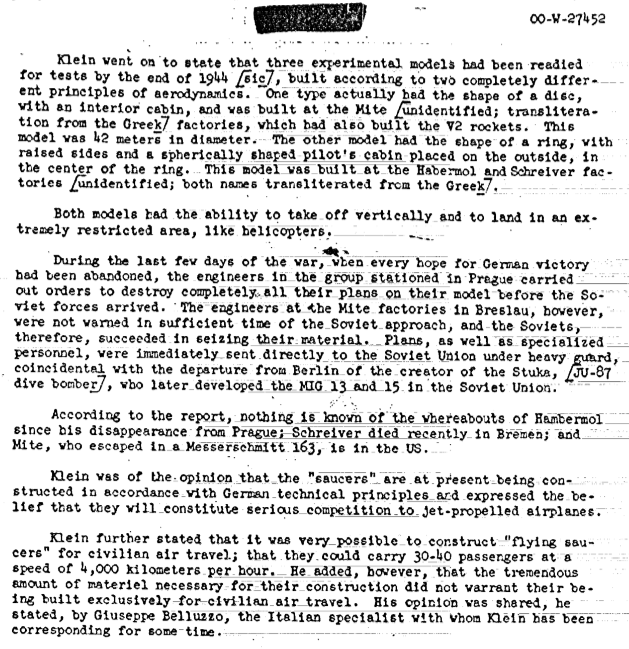 In corroboration with the above statements, two other articles were included in the CIA’s report that describe numerous people witnessing strange objects in the sky during the same time that these “saucers” were being developed. I suggest you read them at your leisure.

Disc Aircraft of the Third Reich 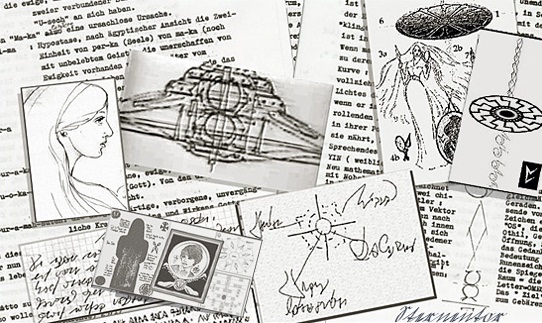 Probably the most misunderstood and problematic of all terrestrial-based disc technology lies at the heart of the German disc programs that started with the birth of the NSDAP (Nazi Party) in 1920- a full thirteen years before Adolf Hitler came to power as the leader of the Third Reich.

To fully comprehend the depth of these programs requires the knowledge that above all else the NSDAP was founded from the onset by the occult Thule (1917) and Vril (1919) Gesellschafts (Societies), and other occult groups like the DHvSS (Men of the Black Stone) that stretched back to the turn of the twentieth century with the Old German Order (a.k.a. Order of Teutons).

As such, the very first disc project built in Germany in 1922 was not even an aircraft but an inter-dimensional flight machine in disc form-the JenseitsFlugMaschine (JFM) built by Thule-Vril using secret business member funding.

When Adolf Hitler (a Thule member along with Goering, Himmler, and various other top Nazi officials) became chancellor of Germany in 1933 the eleven year occult metaphysical science of Thule-Vril became strengthened by official state backing for the continued disc development programs starting with an RFZ (RundFlugZeug), or "Round Aircraft" series of discs that utilized levitators developed by W.O. Schumann of the Technical University of Munich who worked on the mysterious JFM from 1922-24. 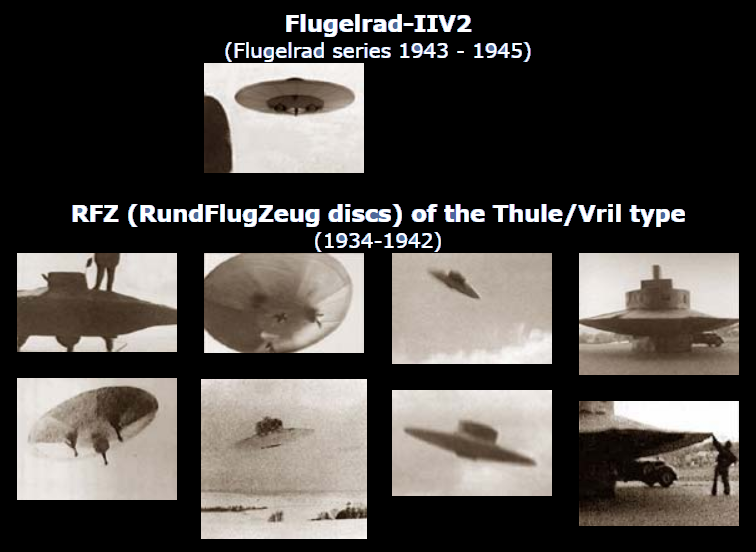 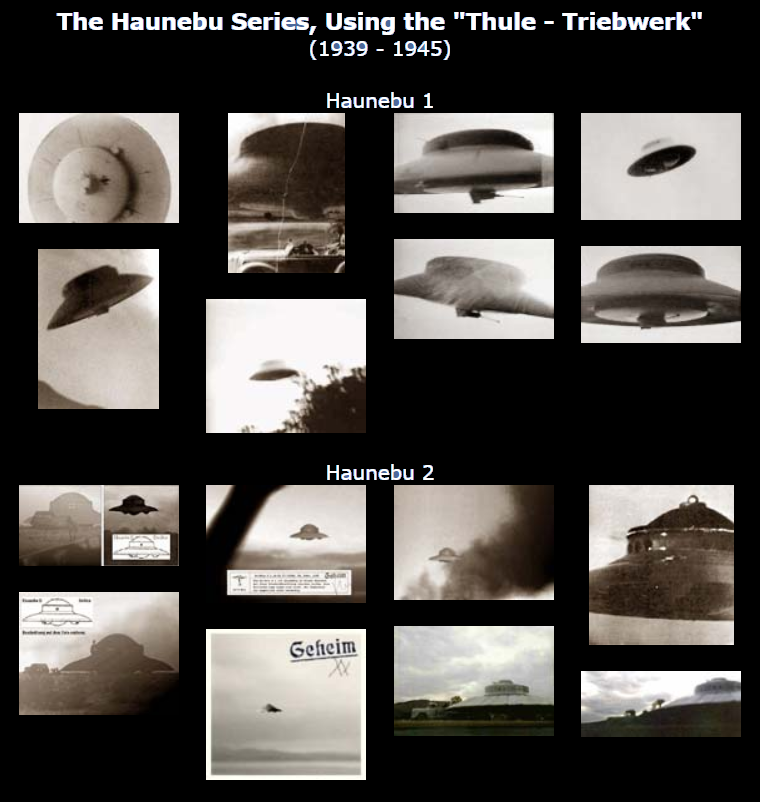 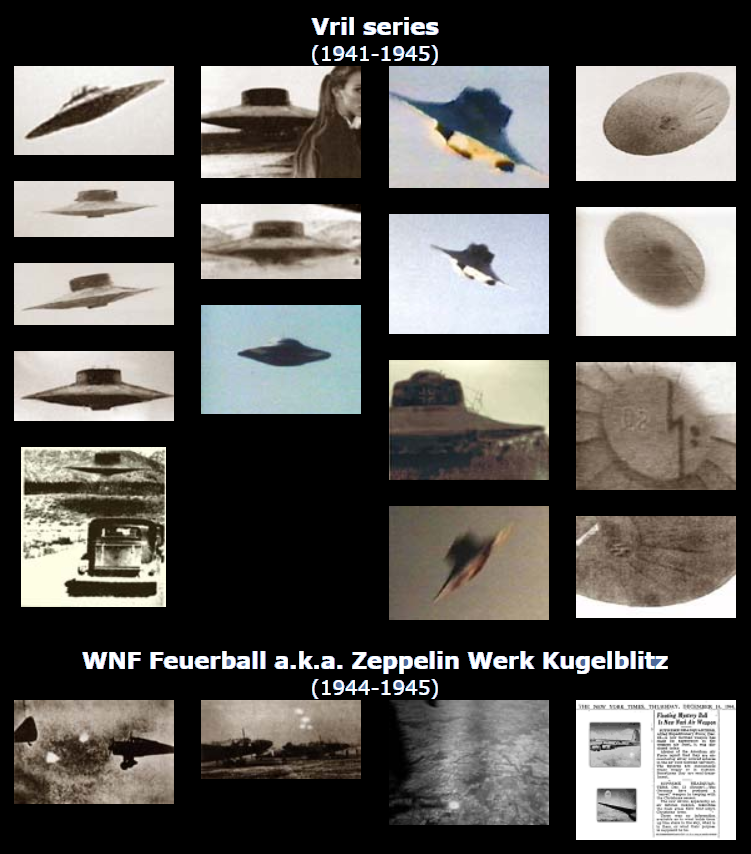 All pictures can be enlarged here.

There is an endless amount of information contained in the links above. I thought ATS could use a break from Trump and get lost in some amazing history regarding the strange, but sometimes explainable UFO phenomenon.

Just imagine what they're flying around in now. 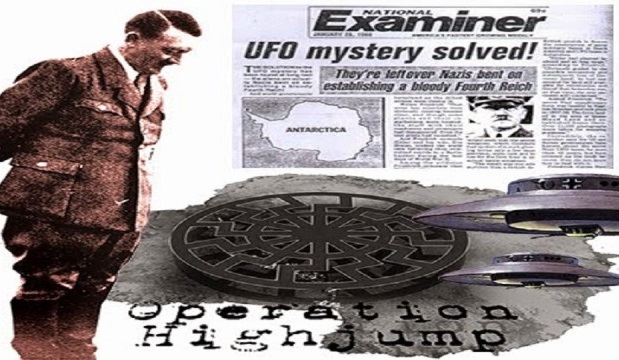 posted on Feb, 5 2017 @ 04:43 PM
link
Marking so I can read later, getting ready for the Super Bowl. But what ive read so far seems very interesting.

Thank you for sharing S+F

posted on Feb, 5 2017 @ 04:44 PM
link
Very cool post. Did you come across anything about what happened to the actual crafts themselves? Torn down for components or maybe sitting in some hidden storage somewhere?

I think the idea of alien technology having being mastered in the '50's is a myth, furthermore I think the panic of the cold war combined with the knowledge of strange craft in the skies, was enough motivation by both sides to exaggerate and even promote the idea.

The only clue imo that alien technology has been mastered is some of these black triangle reports notably from the late '80's into the '90's, some of them seem very terrestrial, whilst exhibiting highly exotic modes of propulsion.

Another point, if saucer tech had been mastered that far back, there would certainly be many more reports of saucer craft

I've mentioned many times over the years on ATS when the topic is Nazi UFO that in 1973 on the second floor of the Art Institute of Chicago I saw a glassed and framed junk art display by a Bohemian artist that had in its center a newspaper clipping photo that clearly displayed a UFO hovering over conifer trees in a snow-covered landscape. The display was created in 1938. I make no other claims about Nazi, UFOs and ETs in that regard.

ETA: I doubt that that piece or at least the old clipping is still hanging in the museum. I've never been able to trace that "art" form, then called Da-Daism.
edit on 5-2-2017 by Aliensun because: (no reason given)

This UFO photo claims to be taken from 1939.
It's the 4th photo down the page

posted on Feb, 5 2017 @ 11:54 PM
link
a reply to: eisegesis
One thing that must be understood is this is not a CIA internal report, it is a NAKA report (a la By Way of Deception), meaning that agents in foreign countries report what newspapers say. They report everything, even the boring stuff, as intelligence means gathering even the menial things.


When Adolf Hitler (a Thule member along with Goering, Himmler, and various other top Nazi officials)


Completely incorrect, Goering and Himmler were absolutely not members of TG, and there is no evidence Hitler was either. TG supported the NSDAP which Hitler DID join after infiltrating it, but that is likely the closest connection. People often mistake Hitler as being pro-occult, even though he lambasted Himmler for it repeatedly.


So I don't think this document is evidence of anything. But that said, I am of the opinion that flying saucers are of Nazi origin. There are several prominent books from the 50s about Germany inventing flying saucers in order to fake an alien invasion for the purpose of creating a single world government. Too coincidental for me. And we do know they had strange looking advanced craft, like the Lippisch DM: 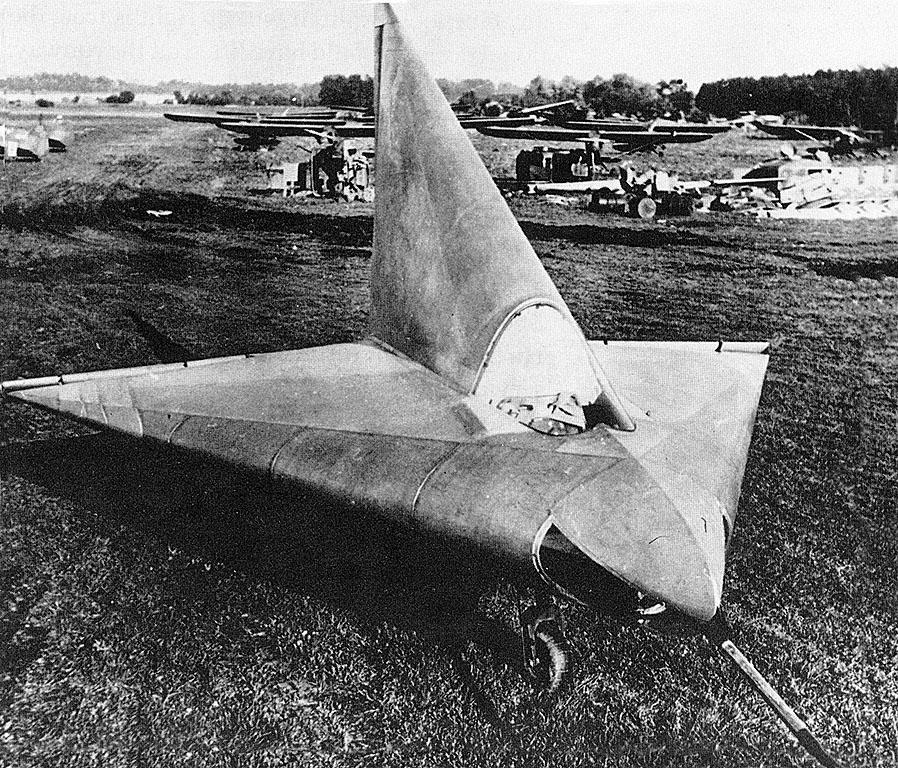 That's just famazing what you just found there.
There you have your Foo fighters.

I would suggest to dig deeper ,maybe Hitler was an Alien himself?

Or collaborating with aliens to overthrow earth powers to rule the world together with those who gave the son of eh you know, the means to do it..

So says one sweet old looney-toon.

posted on Feb, 6 2017 @ 10:46 AM
link
Very interesting subject, thanks for sharing. If this technology has still been covertly developed since the war, imagine how far they would have come with it in that time. Perhaps the break away civilization wouldn't be so far fetched after all.

This UFO photo claims to be taken from 1939.
It's the 4th photo down the page


No, it is not the same photo. I always carefully look at alleged Nazi UFOs images--knowing, evidently, that they existed, but I've never seen again the one I mentioned. However, we can assume that multiple photos were taken of that craft at that time and day, so other snow-covered forest scenes may relate.

Remember, he was "bought and paid for" by his captors, the US government, his past was wiped clean and he had every reason in the world to toe the official US government stance.

posted on Feb, 6 2017 @ 12:14 PM
link
I have to say it AGAIN. Please, please use your intelligence. If the Nazis had flying saucer technology they would have used it. The most futuristic equipment they had was jet and rocket technology and what some people class as future tech was upgraded planes and tanks, they were NOT futuristic.
And by the same token if the Russians had the said technology why oh why did they use solid fuel rockets for their space program.
ALL this BS is modern fabrications with false photos made to look old and a few real names and places threw into the pot.
Some of the supposed photos above supposedly Nazi photos are actually photos proven false supposedly taken by a Swiss con artist.

The Haunebu 2 from the image catalog in the OP has an uncanny resemblance to Adamski's alleged scoutship, which IIRC has been identified as something rather mundane: 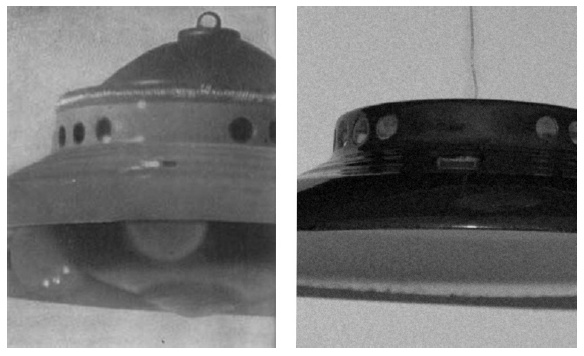 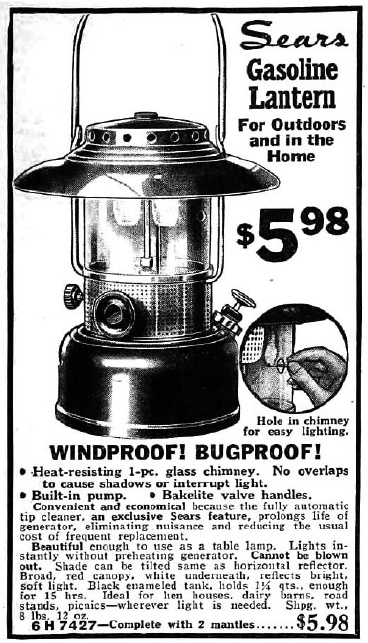