when I took the distributor out to do the gasket I had both of the timing marks on the harmonic balancer pulley lined up and the rotor was in line with the arrow on the distributor housing.

when it drops back down below 1,000 rpm`s the engine starts popping so I know the rotor isn`t in the right position.

posted on Feb, 4 2017 @ 06:59 PM
link
It sounds like you are doing it right, but evidently you aren't. By any chance is the crank sensor wire unhooked? It should be on the back of the engine somewhere and the wire goes over the top of the intake manifold in some cars.

Maybe it's called the camshaft position sensor, just thought about that.
edit on 4-2-2017 by rickymouse because: (no reason given)

When you initially tried to start it, did it crank? And, does it crank after you put it back to where you 1st had it and had it 180 out? Or, are you in need of a new distributor to get that far?

If it was cranking initially, I would look at making sure the plug wires are allowing the plugs to fire properly. If it didn't crank, I would lean towards something being left unplugged or crossed? Maybe a ground missing or compromised?

Man, I feel for ya. I hate timing problems.

There is nothing more frustrating than knowing you only have few possibilities, and none of them seem to work. I've been fortunate for the last 8 or so years.

My distributor is slightly bent and will need to be replaced soon, so I know my time is coming.

I think it might be called the camshaft position sensor, I added that above. it is right on the distributor on that model, is that plug on correctly? I do not know if it would run if that was off though, but with computers sometimes things can run in limp mode with no advance. So they don't run right. I haven't worked on a chevy on that since I had the ninety four blazer.

I didn`t see anything on the distributor except the ignition module plug.

I`m going to check all the vacuum hoses and plugs again tomorrow, I had to pull the wire harnesses pretty tight to get them out of the way to get the manifold off maybe a pulled a plug out somewhere.

posted on Feb, 4 2017 @ 07:12 PM
link
I removed distributers on a chevy van and a blazer but both were 350s. Do you have a timing light to see whats going on? Also the distributer turns if you loosen the bolt that clamps it. I don't understand why you cant get it to line up. I wonder if you are just one spline off.

I had a 30 ford that had timing problems. It was popping real loud and shooting water out the top of the radiator while driving it down the road. It turned out to be the little cam on the distributer was in the wrong position. 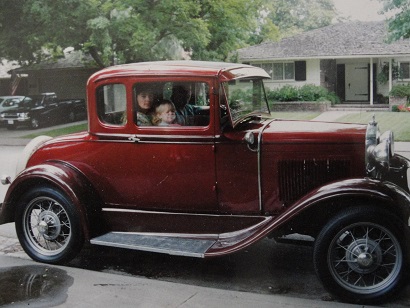 That is correct... you always want to turn the engine in the direction it operates when setting timing. it unloads the timing chain/belt tensioner and can cause mis=alignments between the cams and crank.

You will likely have to reestablish correct timing before you make a correct determination on anything else being wrong.

The distributor on this engine doesn`t turn it has a metal tab with a hole in for the bolt that holds it down tight. once you have the distributor in the metal tab has to line up with the threaded hole so that it can be screwed down.

posted on Feb, 4 2017 @ 07:17 PM
link
Sometimes researching the procedure will help me realize what I missed.

I watched a few youtube videos on how to do it, but it doesn`t seem to be working for me.

posted on Feb, 4 2017 @ 07:37 PM
link
The problem for me sometimes was I would think it was inTDC, bit would end up being the exhaust stroke. I've never owned a v6, but I would think there wouldn't be much difference in timing procedure.

posted on Feb, 4 2017 @ 07:43 PM
link
You probably had it correct the 1st time you dropped it in, the problem that trips up most people (if nothing was turned) is that the bottom of the distributor has to lock/drop into the oil pump shaft. When I drop these in I only worry about lining up the distributor, if it does not drop all the way down you can rotate the motor (with distributor installed) and it will drop the remainder of the way once it lines up with the oil pump shaft.

Can you see the timing marks?

You need to roll over the motor (in direction it runs) to line up the timing mark on the harmonic balancer to TDC (top dead center) mark on the timing tab.

Once you have it at 0 degrees/TDC (same thing) then drop the distributor in so the rotor is pointing to the #1 spark plug wire on the cap (hold/set cap on distributor for reference).

At TDC this is either the position for firing on #1 or 180 degree out (crank turns twice for every rotation of valvetrain).

If the distributor will not drop all the way down just rotate the engine until it drops into the oil pump shaft- sometime you need to push down on the distributor housing a little while rotating but it will drop.

If it backfires pull out & rotate 180 degrees, once again if it doesn't drop all the way in rotate engine till it drops.

I could get into more detail but this should get you there.

-Don't worry if you previously turned crank in the wrong rotation, once you start turning it in the correct direction everything will come into play.

That`s exactly what it seems like is happening and by turning the rotor 180 degrees from where it`s suppose to be it will run for a short time,but I assumed that if the timing marks on the harmonic balancer were lined up that number 1 would be TDC

so, as long as the teeth on the distributor shaft and cam shaft are engaged I can turn the engine to get the oil pump shaft lined up?

Absolutely ...if its a used engine then the wear in the belt or chain has a slackness .That would throw your rotor button off to the original mark . You are or should start from scratch with the piston tdc on compression stroke with the timing mark on the harmonic balancer . Then turn the drive pinion for the distributor until your rotor hits the orginal mark . I think ...its been years and they were older engines .

That`s what I tried to do but I can`t get the rotor to line up with the arrow, when the distributor drops down flat on the manifold the rotor always goes a little to the left or to the right of the arrow because the oil pump shaft doesn`t line up when the rotor is directly in front of the arrow.

I liked the older cars where you could turn the distributor a little to get the rotor lined up, but this won`t allow you do that,
and speaking of newer cars what moron decided it would be a good idea to start making the distributor housing plastic?