page: 1
23
<<   2 >>
log in
join
share:
ElectricUniverse
+5 more
posted on Feb, 3 2017 @ 12:04 AM
link
We have had many people in the left claim that Trump is a misogynist, among other false labels the left has been using trying to dissuade people from voting for Trump during the Presidential race. Can't these people in the left realize how their own actions demean women and do exactly what they accuse President Trump of doing?

For example, Madonna proposing that she would give sexual pleasure to anyone who would vote for Hillary Clinton... Not to mention her calls for "peace" and in the same speech spew nothing but hatred and contempt dors Americans and residents in the U.S. who disagree with her left-wing views.

Or what about the claims about Donald Trump being President demeans women, yet a the same time we get "liberals/progressives" like Miley Cirus allowing her fans, including teens, touching her private parts meanwhile she shakes her rear and her private parts in front of her audience, which includes minors. Isn't that corrupting minors sexually which is a criminal offense?...

How the hell can't these "liberal/left-wing women" see that they are demeaning themselves and all women as "sexual objects"?...

We have a large percentage of liberals being nothing but hypocrites who can't see what they have become, and how they are doing the very same thing they accuse President Trump of doing.

The following is a well thought response from Crystal Wright about "the women's march".

posted on Feb, 3 2017 @ 12:12 AM
link
IMO allot of the things going on today are just the death throws of a huge socialist communist failed movement. I keep waiting for their sphincter to release so we will know they are finished. Although I must admit their tenacity for failed programs is unbelievable.

originally posted by: 727Sky
I keep waiting for their sphincter to release so we will know they are finished.

Thats whats happening now, which explains all the bull# they keep spewing!

I'm pretty far to the left personally, but things I profoundly disagree with and find hypocritical on the left:

There's just as much hypocrisy on the right (such as calling the vote boycott tactic "unprecedented" in the senate when the GOP literally did the same thing in 2013, among other things,) but this is a topic about the left, so I'm going to stick with what I wrote above because I feel it's critical that it be acknowledged.

If they learn nothing from this... then it doesn't matter what else they try to achieve. The root issues will remain unchanged.

I say all of that despite being, as I said, pretty far to the left... in my opinion, further left than most Democrats.

The Strongest Force in the Universe is LOVE , so why then are there so many Hate Filled Weaklings in Positions of Power Controling All our Destinies ? Wake Up People , Your Life is Yours to Live in Peace if you Fight for it Hard Enough........ 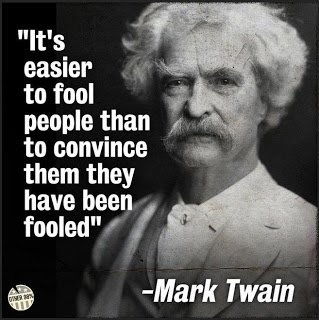 posted on Feb, 3 2017 @ 01:00 AM
link
Hello OP! I support any thread regarding "liberal" hypocrisy and hate, likely more than any other member here. Which is why I WILL share this new thread in my own thread regarding this exact thing as a means to spread the word.

With that said, I will now plug my own thread on this topic.

In return, I will now post a link to this one, in that one. We cannot have too many "Liberal Hypocrisy and Hate" threads, IMO.

posted on Feb, 3 2017 @ 02:33 AM
link
There needs to be a new word invented for people who continually accuse others of hypocrisy, and seem wilfully neglectful of hypocrisy on their own side.

I consider myself as being on the left side of politics, but I don't see why I should be associated with Madonna, or have to justify what she does or says.

Not all people on the left are libitards.

There are some i respect and i recognize that we on the right need a healthy opposition.

It is a shame the madonas, Hillarys ect of the world tar you and destroy the cedability of the left.
edit on 3-2-2017 by crazyewok because: (no reason given)

originally posted by: ElectricUniverse
How the hell can't these "liberal/left-wing women" see that they are demeaning themselves and all women as "sexual objects"?...


They are not real *liberal/left wing women* even with their

status and wealth, IF they were they wouldn't need to demean themselves

by what literally amounts to selling sex?


A woman who truly believes she is equal has no need of this ..... after all

she is the one who who puts her own values on herself?

We have a large percentage of liberals being nothing but hypocrites who can't see what they have become, and how they are doing the very same thing they accuse President Trump of doing.

not equal but more equal.

You're a voice of reason that can help your party. Why do you think so many progressives can't see that aspect of hypocrisy? (Yes, there is some on all sides of course.)

Anyone who remembers the Gabby Giffords/Sarah Palin outrage will understand the hypocrisy represented by The Village Voice cover.

I will never understand the claim of "empowering" yourself by becoming exactly what you say others demean you by seeing you as.

If you claim it demeans you, for example, for men to see you as nothing but a sex object, how on earth does it empower you for you to purposefully make yourself into exactly that?

To me that seems extremely counterintuitive and self-defeating.

It's their lives. Let them live it how they want to live it. Some people don't have humility and they are ok with that.

Yeah, I used to admire what some of these women had accomplished for themselves. Anyone who is able to accomplish success deserves admiration. Of course, depending on how they acquired that success. But after watching this march, and seeing how hypocrites they are, it's hard to admire these women.

The worse part is watching all these women who went there applaud this nonsense. It appears they only have love for anyone who thinks and acts like them.

This doesn't apply just to women/actors/singers, it also applies to many of their male counterparts who are also actors and singers who are nothing more than hypocrites.

That's a good thread. Isn't it ironic how many people don't seem to notice the hypocrisy? Heck, Leonardo Dicaprio (however it is spelled) demanding "action on climate change" and still spending millions on his extravagant parties in multi-million dollar yatchs, and traveling all over the world meanwhile demanding for "stronger action to combat climate change".

Heck, I used to think Wesley Snipes was a bada$$ until he started getting political. There are very few people in Hollywood who are not hypocrites, and the same could be said for many other celebrities.

As your thread conveys, and as the "women's march" has shown, this hypocrisy has found it's way to regular citizens, but these people don't see the irony and hypocrisy in their statements and actions.

You're problem which you continue to make is that you refuse to separate specific people from an entire ideology. Last I checked Madonna and Cyrus didn't represent the ideals of everyone on the left any more than Alex Jones or Pat Robertson represents the Right.

I know you love to use this false argument to demonize whole groups of people you disagree with, but it's just a false argument all the same. You can't represent an entire group of people from the actions or opinions of a few people, sorry.

Simply promote freedom, equality and an adherence to the Constitution and Bill of Rights.

Everything, anything, anyone, everyone who is against that is an enemy to freedom, equality, the US Constitution and Bill of Rights.

Being embarrassed as a human being because some idiot is openly acting like a dumbass, being pissed off as a parent of a daughter because some bimbo is claiming to be a "role model" for young girls while acting like a disgusting whore, and feeling defensive as an American because some hyper-aggro air head is threatening physical attacks on the White House isn't simply a case of us "disapproving" of their expression. That sentiment is about as dense as arguing that a trenchcoat wearing dude who exposes himself to a schoolyard is just "expressing himself."