In a letter to The Times, Lord Ricketts said the offer had been "premature".

A petition calling for the state visit to be cancelled has already gathered more than 1.5 million signatures.

On Monday, thousands of people across the UK joined protests against Mr Trump's travel ban on seven mainly Muslim countries.

The controversial immigration measures prompted an emergency debate in parliament on Monday.


I asked what seemed like an obvious question in the following thread:

My question is how do people like Theresa May and Shinzo Abe already know that Trump is so different and trustworthy?

Donald Trump tells Theresa May: 'Brexit is going to be a wonderful thing for your country'

I believe everyone ignored the question, but now it's become a very relevant issue. Trump seems likable, but in my view he's also a proven con man. I don't think anyone should be rushing into completely supporting him yet.

As to the situation with the Queen of England, it could be very embarrassing for Trump. How would he handle it if his visit to meet the Queen is canceled? Is he even capable of taking rejection like a mature adult? I believe that remains to be seen.

If this were a reality TV show, it would be the best thing that ever happened to television.
edit on 30-1-2017 by Profusion because: (no reason given)

SoOo... what happens if the Queen does it anyway and the people really REALLY don't like it?

Will they drink their tea from the other side of the cup in protest?

As for it being a reality show, I'm loving watching it too. The left's part of it, that is.

To quote my oldest daughter, if she doesn't feel like having her children that day, does she go to their room and thrash around and scream and cry and get on twitter with #NotMyChildren? Why would a typical liberal even understand what being an adult is? Because they sure don't act like it.

Or in this case, sign an online petition. THAT gets things done!! /facepalm.

As far as people rushing to support him, they already did. That pesky election thing, you know.

All of the outrage is completely contrived based on misinformation encoded in misleading soundbites.
The media is perpetuating hysteria through fabrications and framing.

The media is the most powerful entity, because it can control our minds and we control the government. 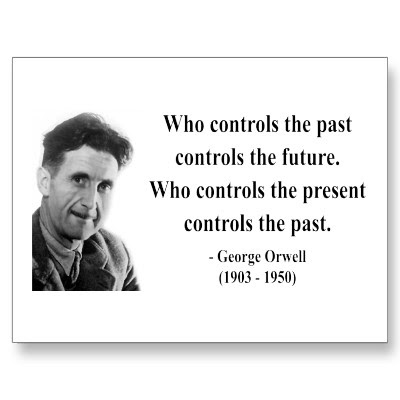 posted on Jan, 31 2017 @ 03:50 AM
link
Any Trump visit will attract attention. The disaffected will be out in force with their banners and their righteousness. Just like there were not when the Chinese despot visited, a person who really does sit on some nasty state policies.

I think Trump is a bit of a fool and naive, but that’s because he’s not a “trained” politician. He is a breath of fresh air to get a senior politician who is bluntly honest. This honesty seems to have the media and a great many people in a spin, as if it's a bad thing. While I abhor his views on torture, evidence shows that American politicians have enacted policies and tried to cover up and hide the truth – so what’s better, honesty or dishonesty?

It's like the kids in the playground have been told that Father Christmas is a myth, or the snow will melt. They are all so fearful of a future they could not have thought could happen. First Brexit and now Trump! My God, the world's gone to pot and people actually "voted" for this? Yes, get over it.

Anyway, before I am pilloried and trolled, I have to say that I think Trump is ill advised, but it is too early to tell whether he will be a force for good, or bad. In the UK everyone thought Brexit would herald the arrival of the Four Horsemen, but they are still in the Middle East and don’t seem to have plans on a visit.

Ah, and back to the OP. State visits are about politics and are wider than the people invited. If it goes head, it will do so when the dust has settled.

Just so you know, we, the British people, can force our government to discuss topics in parliament, by signing these online petitions, which although it might seem a trivial matter, means that we can force issues we find important as a country, into the spotlight, even if nothing is done about them or results from the conversation. Its actually better than what we had before that system came online, as it gives us some directorship over what is and is not discussed. Its not good enough, of course, because unless the will of the people is paramount, and the exclusive guiding force of governance, then that governance is utterly illegitimate, buts a start.

But is a petition sufficient grounds for a head of state to refuse to meet another head of state if the government instructs her to receive Trump? I think it should be her and her peoples' call. Not the government's. That is not who she serves, they're just our representatives and as has been demonstrated recently, we're somewhat divided, as a people, on trade issues because that has been confused in the minds of many with immigration. It is one thing for our government to do business with the US, business is business and BREXIT is a hole that they need to dig themselves out of, but, quite another thing for our Queen to do niceties on our behalf if the majority would not wish to break bread with the man.

It would be difficult for me to separate the question you have asked me, with the feelings I have on the matter of Drumpf and his potential visit to the UK.

Personally, I would like to see the disgusting halfwit banned from entry into, or crossing through any part of the Commonwealth. I would like to see every nation which has Crown land upon it, refuse him access to its airspace, sea territory, or land, because he is everything I despise about capitalism, wrapped in flesh and sat on a doorstep, like a bag of dogs mess waiting to be lit on fire.

I believe that the people of the British Isles ought to be the sole power in the land. I believe that the government ought to have no permission to do things on our behalf, except in the express case where we have proffered explicit instructions to them, which they must carry out UTTERLY within the guidelines we provide. Unfortunately, that is not the case in this country, but it ought to be. By that measure, the petition in question is a very clear indicator that people do not want that monstrous bigot on their shores, permitted to walk our lands. Some would argue that over a million signatures is not a great deal, when compared with the total population, but it IS a significant chunk of people when you consider how politically apathetic we have become, once again, after the Brexit vote.

People thought, rightly, that their vote ONLY referred to in or out of the EU. The vote going the way it has, however, has induced our government to do things on our behalf as people, which NO ONE ordered. The EU exit does not mean a sell off of the NHS, for example. However, I hear rumblings about privatisation, that I NEVER would have heard before, and this is despite the fact that the government we have today have no actual mandate to lead the country.

Also, the government cannot INSTRUCT the Queen to do ANYTHING. They can make requests of her, ask her permission to do certain things, but they cannot force her to make any particular move. Royal Assent has not been refused in any matter in this country since 1707 or so, but none the less, if she chose to refuse to engage with Trump, then the government would have to suck that up.

originally posted by: Profusion
Is he even capable of taking rejection like a mature adult? I believe that remains to be seen.


No, we already have a mountain of evidence that he has the emotional maturity of a the delicate grade schoolyard bully he is.
(The only thing that 'needs to be seen' is what disasters President Reince will visit upon US.)

posted on Jan, 31 2017 @ 11:43 AM
link
a reply to: Profusion
What a really silly OP statement you made. The Queen, or another royal will welcome Trump with open arms and smile while doing it. Difficult for the Queen? Come on, the Queen has hugged and sucked up personally to more reprehensible leaders than Trump will ever be.
As for refusing any government request the royals will be on very, very dangerous constitutional ground. Easy enough for the Queen to get out of any meeting, She can be out of the country, she could be ill or any other excuses, but there WILL be a royal presence.

originally posted by: TrueBrit
Some would argue that over a million signatures is not a great deal, when compared with the total population, but it IS a significant chunk of people when you consider how politically apathetic we have become, once again, after the Brexit vote.


Meh, 1.7 million people clicking an online petition doesn't represent the 60 odd million people who don't give a toss if he gets a state visit or not.
The overwhelming majority don't feel as enraged about it as you do to even take 5 minutes clicking a petition lol. Unlucky, but that is the case.
I don't give a toss either, lots more important things in the world to whine about in my opinion.