Then shortly after, he started a crowdfunding for a documentary on the origins of ISIS. Abruptly after that, he made an announcement.


TY everyone who contributed to ISIS video crowdfund. Unfortunately Not moving forward w/project. EVERYONE WILL BE REFUNDED FULL DONATION. 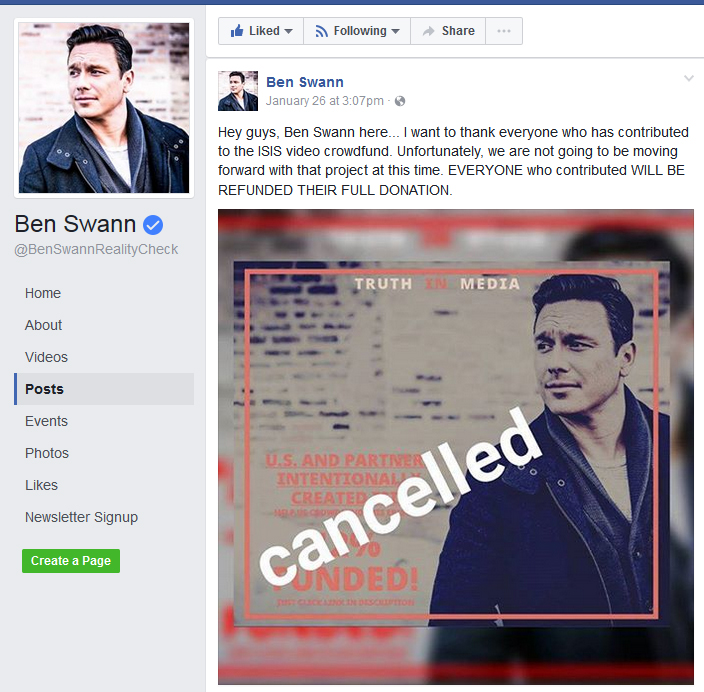 
Hey guys, everyone is asking if things are OK. They are. I will be heading back to CBS46 on Monday but there are going to be some changes. The biggest one will be that this social page will go dark f/n on Tzuday, Feb 1. We've been building this project for 6 years and those who have come to know me.. I hope you have also come to trust me. 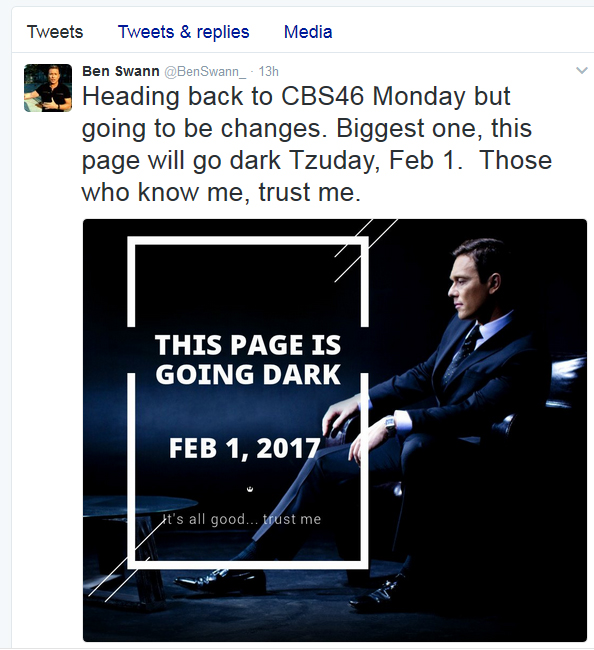 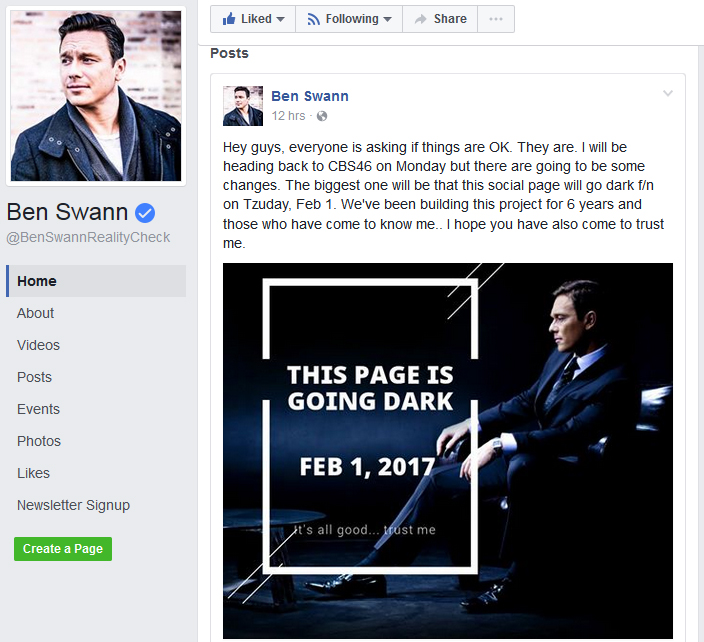 Call me crazy, but does that seem like a code? First of all, Tzuday could not be a simple typo, as feb first is a wednesday.... The mention of going dark in conjunction with it, does not seem like a coincidence.

Let your plans be dark and impenetrable as night, and when you move, fall like a thunderbolt.

I wonder what it all means if anything? Of course I could be just going a little nuts again, and reading too much into it, but Ben Swann is not exactly known for making glaring typos like that. At least not that I have noticed, and I have been seeing his stuff in my feeds for a very long time now. What do you guys think?

It sounds like he may have been paid off or threatened?

That's Ben Swann eh, I had no idea. I thought he was an old guy for some reason. lol

Ok i agree, this is weird, really off the wall.

TKDRL
+6 more
posted on Jan, 28 2017 @ 04:27 AM
link
a reply to: LuXTeN
I came here expecting a 30 page thread on this already lol. Or maybe some sort of announcement in Ben Swann's own section here. Hopefully it's nothing, but the alarm bells in my skull started clanging when I woke up and saw his facebook post. I had already found it strange with the sudden stop of his ISIS piece out of the blue like that.

You're one of the awakened ones then, I'm glad you posted because I missed this one. Anytime the alarm bells go off, that means something. I will be watching your thread, and, hopefully it's nothing bad.


Tzuday could not be a simple typo

posted on Jan, 28 2017 @ 04:51 AM
link
Just a thought... When you want someone off of your trail offer them a better deal or trail.. If they take either then your heart attack weapon can be put back in the box..

Isn't the State Department supposed to release 30 redacted papers the day before?

We may not always agree, but I respect you, and if your spidey sense is going off, then that ought to be a signal flare down a deep cavern to all of us.

Will keep an eye on this, and of course, an eye out for anything further. Keep us appraised of anything else you dig up?

TKDRL
+13 more
posted on Jan, 28 2017 @ 06:33 AM
link
a reply to: LuXTeN
One thing I never understood about this place
Everyone who replies to my threads gets a star from me, unless they are mudslinging or namecalling or spamming lol

Youre like me, courteous and kind. I do the same thing.

I don't know what else to say, I say what's on my mind. That is all.

People never really seem to listen to me. They listen to their own Egos.

originally posted by: Snarl
My thoughts: His attention whoring didn't work ... and his brand name is failing.

What particular vendetta do you have against swann?

This seams abbot vitriolic for an OP that's not particularly political , and more focused on something that seems cryptic and signaling something more ahead...

Care to explain where this is coming from?

originally posted by: TrueBrit
a reply to: Snarl


I'm not going to deny a single word in your response. But, you know me well enough to know I could write an entire dissertation on the subject if I thought it would be 'worth' my time.