posted on Jan, 26 2017 @ 06:32 PM
link
I have not been posting as much in political threads because anyone with a brain can see there is no point. The left has protested anything Trump has said or done thereby rendering their influence in public opinion void, imagine if the left had never protested for dumb reasons and simpl waited for valid reasons it would've held much more influence but they didn't, and it doesent. Also there are cult members that will applaud anything Trump and or simply avoid talking about any reason that they have to not like or agree to the point I had to stop posting for a while. As my posting history shows I am no fan of the Partisanship, Misogynist women, Racist black people, prejudice, And irrelevant beside the point celebrities who are biased in favor of or against one thing, person, or any group compared with another, usually in a way considered to be unfair: favoritism I have posted in the past my opinion on the gullible partisan cult that the left has become.

There are some huge Psyops going on. A beta male at a womens march assaulted a conservative reporter and the women their defended him lol

I will add more original post and videos later I will just lave this here for now.

And salute to Big Joe that video was amazing,

www.abovetopsecret.com...
. Mudpit is a good place for this though.

Those people sound like mindless drones.
edit on 26-1-2017 by PlasticWizard because: (no reason given)

Have fun at the trial.

I think the cops divided him. They were inspired by his previous outburst to just do it. 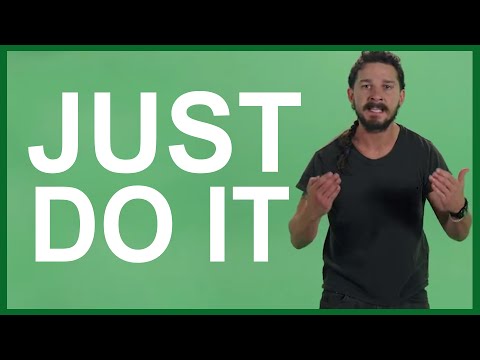 On a side note; how many celebrities now with breakdowns?

posted on Jan, 26 2017 @ 07:11 PM
link
Shia has exhibited extremely ODD behavior that looks very much like mental illness. You can look in his eyes and tell he's not there... and full of rage--always rage. Even years ago under Obama he was mental...

He needs to get help. I pity him.. what a sad case.

Yeah.. Such a NOBLE cause... standing around for 4 years chanting moronic things like that.. Idiots.. If you wanna change something, go into politics Shia. It would be a great laugh to see that!

That's the lazy generation right there.. or a percentile of it..

Hopefully the camera breaks down.....

I was waiting for someone to make a video of himself doing the 'just do it', and insert him in the background of him saying 'he will not divide us--JUST DO IT!' lawl.


What I saw so much reminded me of the scene from Forrest Gump when he's running across America. Everyone thought he was about to say something profound and he mutters, "I'm tired. I think I'll go home now." ... the disappointment

'Sharia' Lebeouf is just doing whatever he can to stay relevant after his spectacular failure as an actor. The funny part is people from /pol/ started going out and trolling the stream, which obviously led to some hilarious triggering.

I normally ignore anything to do with #ty Beef, because he's just terrible and I really wish people would stop giving him any attention at all.

That said, I was actually getting creeped out watching that video. Did you hear everyone chanting "They will not divide us."?? It sounded like some crazy cult chant.... o_O

Some would say he's an actor...others, such as myself, would dispute that.

It was a cult chant!

We are witnessing the last gasps of a dying ideology that presided over a now crumbling world order.

What a great time to be alive. Never felt better about the future.

Watching him cause division within his own cult supporters is more entertaining than most of his movies.