Are these people for real? Did people act this Insane before Obama got in eight years ago? I don't recall it being this bad. Screaming thrashing sobbing? Perhaps they're Soros clones set free upon the Citizens?

Zombies? Did we in fact circumvent an Invasion led by the criminals in chief up to this point?

Oh yes we did.


Afghanistan has been known as the Graveyard of the Empires since Alexander the Great. Afghan heroin may yet destroy the American Empire. Since Obama green lighted Afghan opium and heroin, crime’s been shooting up in many places like Baltimore, considered to be ground zero for the heroin epidemic and the canary in the coal mine for the rest of the nation.

I was waiting for someone to find/post one of these collage videos. Thank-you Jesus!

It's sad that their I.Q. or maturity hasn't increased 1 percentage point, since their idiot tirades in November.

She just couldn't.. Inauguration anymore.
edit on 24-1-2017 by PlasticWizard because: (no reason given)

posted on Jan, 24 2017 @ 01:42 AM
link
The screaming liberal has been posted twice already ....but it still cracks me up ! ....as for,the heroin , I don't understand what that has to do with liberal protesters?.... I would lean more to Soros paying them then heroin.

I was waiting for someone to find/post one of these collage videos.

Look no further than the "political mudpit forum"

That is where all the snowflakes and salty people hang out lol
edit on 24-1-2017 by Skywatcher2011 because: (no reason given)

Why do those merely observing this from other countries have a better grasp on what is going on then our own citizens?

originally posted by: JinMI
a reply to: JesusXst

Why do those merely observing this from other countries have a better grasp on what is going on then our own citizens?

And those other countries also believe in the Corrupt News Network

I think sometimes it's easier to see the faults when one is looking in from the outside. I believe though people will be braver about speaking up against the crap they've been brown nosed into backing down from since Obama in particular entered the scene.

Thier perfectly twisted reality of World Destruction was side tracked, and now, Good Things are coming! You've gotta love watching the Rats run though I must admit. 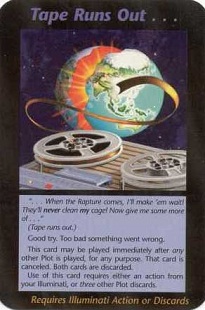 It made me laugh too, out loud. In a public mall. hahahaha

Thou art most welcome!

I could watch it 50 times and I'd laugh every single time! These people need help.

You just can't post a video like this too many times. People need to burn these images into their brains so it NEVER happens again!

Technically, aren't most of us on the outside? I mean I don't know if any politicians post on ATS but I could be wrong.

The identity politics are laughable on both sides.

I was waiting for someone to find/post one of these collage videos.

Look no further than the "political mudpit forum"

Someone posted that attention-seeking screaming idiot the other day, but not the full 7 minute collage video. This is my first time seeing this one.

originally posted by: JesusXst
a reply to: Skywatcher2011

You just can't post a video like this too many times. People need to burn these images into their brains so it NEVER happens again!

You're so right! That glorious 30 minute video of how the low-brow MSM reacted to Trump before he was elected, how they couldn't believe he was beating Hillary on November 8th, along with their depression on November 9th IS PRICELESS. I watched it several times and it never gets old.

I'm sure there are Politicians eagerly watching ATS like an, 'I can't wait till the next episode man', Where's my popcorn and whisky!

Yup so true! You know, that guy on the ground could be an ATS Member here, and we'd never know it! haha

We find this whole election cycle morbidly entertaining. Who needs reality TV shows when one can follow social media and the Trump train.