Rewilders Introduce Feral Pigs Then Hide When They Ravage Britain 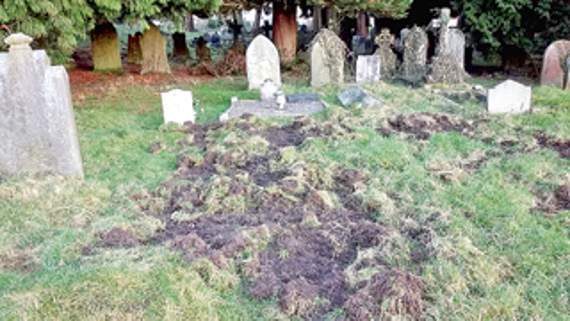 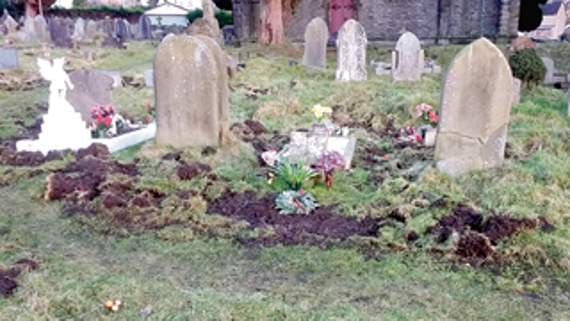 We want the land cleared and the boar moved on.

A spokesperson for the Forest of Dean District Council said: “We will continue to maintain footpaths in this location, but we have no plans to carry out further works at this time.”

This is the latest rewilding outrage. Graves disturbed by pigs. This will be the fate of many graveyards in Britain in the coming decades.

There have been sightings of feral pigs throughout Britain. The rapidly growing populations will meet up. Within one or two human generations feral pigs will become a fact of life across this island.

The damage done to sports fields will have a detrimental effect on social cohesion. Some young people will go off the rails as a result of losing their regular team activities. Collisions on the roads will increase. Farming will suffer.

This is largely the result of deliberate rewilding by educated types who lack practical experience. Some escapes are inevitable. Animal rights releases are part of the problem. Poachers/harvesters also release animals to boost the population.

The educated rewilders knew they were taking a risk. They are now going to retreat into the woodwork and leave the rest of us to cope with the results of their trendy thinking.

posted on Jan, 18 2017 @ 09:55 AM
link
There used to be a wild pig problem in North Carolina. We fixed that by making delicious barbecue and bacon.

They call us poachers when we do it ourselves. www.gloucestershirelive.co.uk...

There is little political will to do the right thing. It's a mess.

It's costing money to run the cull. And the cull is organised badly to say the least.

how do they expect to sort the problem :/ and people shouldn't be walking about in places were they live kinda dumb ther wild animals and lots of them wish I lived there .....mmmm free bacon

This is the dilemma. It seems to be a deliberately created problem. Either that or we're surrounded by idiots.

They need a bit of bacon to get their brains working.

posted on Jan, 18 2017 @ 10:09 AM
link
joe rogan has had many hunting experts on his show talking exactly abou these kinds of eff ups by educated retards.....what a joke.

I can already picture a firing line of 30-40 pellet guns, thumping in unison as a hoard of pigs rushes the line.

posted on Jan, 18 2017 @ 10:14 AM
link
and heres the thing...i dont know what kind of stature these piggies in UK are sporting but some of the wild boars we can grow in the states are DEADLY. They are brutal animals that will kill and eat almost anything and those tusks work really well on a soft gutted westerner lol...


id carry whatever is legal and lawful for self defense while on walks.....for use against boars or....other kinds of pigs....


I can already picture a firing line of 30-40 pellet guns, thumping in unison as a hoard of pigs rushes the line.


Brits can own pellet guns?
I was picturing a bunch of people with nail clippers.

Thanks. I'm all ranted out now.


I really hope, now that celebrities like Joe Rogan and Bryan Callen have started bow hunting and hunting in general, that more people with such strong influences will come out of the shadows and shine a positive light on hunting and speak out about how it's the most ethical way to acquire meat . . .

You see it. You shoot it.

Feral pigs are a nuisance animal.

I suggest a rifle and a caja china. 8 hours in the box and you're good to go.

There must be some powerful propaganda going on, we hear this so many times.

This is a selection of the guns for sale here and now. www.guntrader.uk...