posted on Jan, 17 2017 @ 11:56 AM
link
Raelianism is a relatively young UFO religion that believes people like Jesus, Buddha, and Moses were intervention tools used by ET's.

They believe that many of the biblical accounts found in religion were actually influenced by ET's.

There are many good ideas the Raelian movement proposes that could solve the world's current problems.

They support a type of Meritocracy


In his book Geniocracy, Raël outlined his plan for a peaceful worldwide political union that, while democratic, would require members of the electorate to meet a minimum standard of intelligence. The thresholds proposed by the Raëlians are 50% above average for a candidate and 10% above average for a voter.[138]:pp. 17–20 The world government would also have a global currency, a common language, and a transformation of militaries of the world into civil police.[11]:p. 100

Raelians deride the current state-system as inadequate for dealing with contemporary global issues that are typical of Globalisation, such as Environmentalism, Social Justice, Human Rights, and the current economic system. In line with this, Geniocracy proposes a different economic model called Humanitarianism.[138]

Raël recommends a world government with 12 regions. Inhabitants would vote for which region they want to be part of. After the regions are defined, they are further divided into 12 sectors after the same principle of democracy is applied. While sectors of the same region are defined as having equal numbers of inhabitants, the regions themselves may have different levels of population, which would be proportional to its voting power.[138] - wiki

They are pro-LGBT, pro-human rights

They believe sensuality is ok (not immoral like most religions teach). They also believe that sexual repression is the root cause to most violence that happens in the world.

According to the book Maitreya by Claude Vorilhon, love involves experiencing different varieties and possibilities that allow one to break habits in order to make life more pleasant and interesting[120] and that it is the only thing which can stop war and injustice that persists in today's world. - wiki

...a tech article on the USA Today newspaper mentions an "unlikely ally" of the Monsanto Company, the Raëlian Movement of Brazil. The movement gave vocal support in response to the company's support for genetically modified organisms particularly in their country. Brazilian farmers have been using Monsanto's genetically engineered soy plant as well as the Roundup herbicide to which it was artificially adapted. - wiki

In 2006, About 30 Raëlians, some topless, took part in an anti-war demonstration in Seoul, Korea. In 2003, Raëlians in white alien costumes bore signs bearing the message "NO WAR ... ET wants Peace, too!" to protest the 2003 Invasion of Iraq. - wiki

Raelians believe it's ok for a group of people to start their own religion or organizations as long as they do not promote violence.

Raëlians believe in the right to form new religions or new political parties as long as they do not promote violence. - wiki

Raelians, although open to sensuality, do not condone pedophillia. In fact they believe sexual freedom between age appropriate and consenting partners is psychologically healthy. They believe that much of the pedophillia scandals that happens with religions like Catholicism stems from the sexual repression that many religions teach.

In 2006 Raëlians in Los Angeles, California condemned acts of pedophilia which Raelians consider a disease, particularly those associated with celibate Catholic priests, saying that minors and adults should not be mixed in the act of sex.- wiki


They support human cloning, nanotechnology, and other transhumanist ideas.

As opposed to the scientific definition of reproductive cloning which is simply the creation of a genetically identical living thing, Raëlians seek to both genetically clone individuals, rapidly accelerate growth of the clone to adulthood through a process like guided self-assembly of rapidly expanded cells or even nanotechnology and then transfer the mind and personality of the donor into the clone. Raëlians believe humanity can attain eternal life through the science of cloning. - wiki

Raelians believe that if people become peaceful enough they can colonize other planets.

Raëlians believe that humanity would be able to create life on other planets only if humanity is peaceful enough to stop war. In that case, humanity could travel the distances between stars and create life on another planet. Progress in terraforming, molecular biology, and cloning would enable these teams to create continents and life from scratch. Progress in social engineering would ensure that this creation would have a better chance of both surviving and having the potential to understand its creators. - wiki

There is a lot of other good ideas they propose. Here's the full wiki:
en.m.wikipedia.org...ëlism

Religion has never solved problems, only created them... and with a jesus looking oddjob who believes he is the next coming of christ... then no, I believe Rael is a #wit.

posted on Jan, 17 2017 @ 12:20 PM
link
Looks all in favor of adding to the world's problems. Dumbed down out of control sheep may be suckered in though. I could see this being pushed by the NWO crowd.

They still have good ideas though.

That's the thing. Raelianism says it's ok to start new religions or political parties as long as they do not promote violence.

Traditional religions, on the other hand, condemn alternative religions and are at odds with groups with different beliefs.

Raelianism has a more co-exist attitude and that people with similar interests can form groups as long as they're non-violent.
edit on 17-1-2017 by supermilkman because: (no reason given)

Hung out with some Raelians at Burning Man on a documentary shoot. Had a great time!!

NWO, global union, whatever you want to call it is a natural step in evolution.

We're already globalized so we should have a new global system. The current system poses too many problems.

Were they engineers? I heard alot of them work in biotech?

originally posted by: supermilkman
a reply to: olaru12

Were they engineers? I heard alot of them work in biotech?

I don't know but they did seem to be very affluent. Had booze + flown in by helio for the attendees and film crew.

I agree with most of that, the world is not at a point to unite yet though. And this "religion" is definitely not the answer to say the least.

I'm not sure what to say about the chip thing.

As they say, there's good and bad in everything. Who knows, the chip might actually be a good idea.

Probably so. Still, I think the human race is at it's highest point in self-examination.

Many people are ready for actual system change.

posted on Jan, 17 2017 @ 01:41 PM
link
The Raelians are just another cult. The world is not going to unite around them any more than they would rally around Heaven's Gate or Jim Jones' Peoples Temple.

Looks like you've never seen their videos....all in different color robes and changing their names to imaginary planets. ..watch a few from their UFO landing compound in South America.. ..hilarious
edit on 17-1-2017 by mysterioustranger because: (no reason given)

Just co-exist! You do not need some ideology to guide you in the way you want to go, you are not asking for permission. With religion comes rules, it just convolutes everything.

originally posted by: VengefulGhost
The only thing religion in any form does is %#@& up the world . 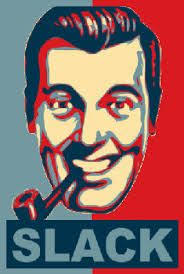 originally posted by: schuyler
The Raelians are just another cult. The world is not going to unite around them any more than they would rally around Heaven's Gate or Jim Jones' Peoples Temple.

I'm not suggesting for others to join their movement. They just have good ideas that could solve many of the world's current problems with globalization. They also think it's fine for others to start their own organizations as long as they don't promote violence.

Other religions often go to war and fight each other for having different beliefs but Raelianism thinks it's fine if people choose to branch off and form their own groups (think every musical act ever, every self-made business, political activism etc).
edit on 17-1-2017 by supermilkman because: (no reason given)