How does a company pay back Trillions of dollars ( $29 Trillion! ) from Fed bailouts?

Here is how $9 Trillion of it was allocated and who it went to:


So I have a question for any financial experts out there:

How does a company (a failing company that has to borrow money..) pay back Trillions of dollars in loans when they do not make anything close to that?

According to the Fed, they were paid back the money..


So lets take an example:

At this rate it would take way over 63 years to pay it back, if they paid it using 100% of their revenue.

Supposedly, its already been paid back, in only a few years.

How is that possible ? $2 Trillion dollars ?!


And how about Bear Stearns? They didn't even survive and the company was sold to JP Morgan for next to nothing..

What happened to the $1 Trillion dollars they borrowed? Was it returned?

It took an audit (pushed by senator Bernie Sanders and others) to get this information out of the Federal Reserve years later, who tried for as long as they can to hide this information. It was the first audit of the Fed in United States history since its beginnings in 1913.

In the video below, Congressman Alan Grayson questions the Inspector General, who dodges his questions.. Well now the truth is out!

Net profits is after operating costs and debts are taken out of revenue so they could still post a profit at then end even when paying back debt to the government. The government also took stock. So the government could sell the stock to make money after the company picks back up.

When one company buys another the debts would transfer to the company the bought it.

That's what I want to know. I don't see how it can be.


Any org that fights as hard as the Fed does against audits is dodgy as f#ck, if the owners of a regular company where like them they would be banged up..

1 Trillion dollars is the entire discretionary budget of the United States for the entire year. 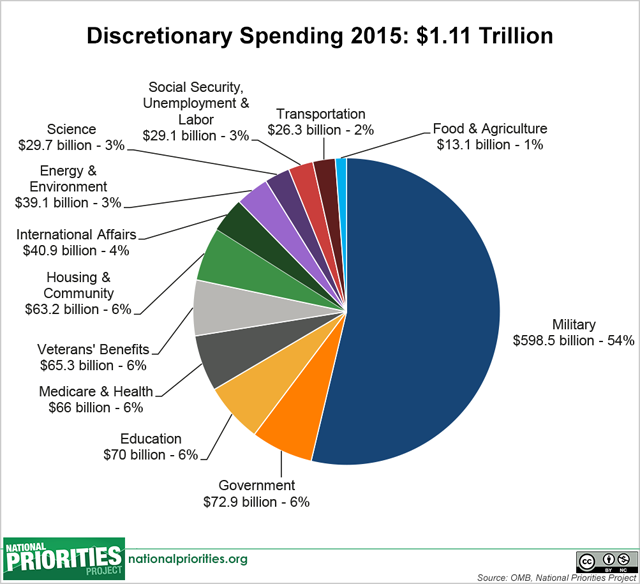 I don't see how any company, especially a historically failing one, can generate that sum of money over a few years even in gross income.

Its a tremendous sum of money.

posted on Jan, 16 2017 @ 01:13 AM
link
The majority of the loans were overnight or very short term. The total amount is the sum of all these short-term loans, not the total that was ever outstanding.

So for example if a bank borrowed 10 billion 10 times, paying it back each time, that would show as a hundred billion.

In normal circumstances th banks would be loaning each other to cover overnight shortfalls. (With fed lender of last resort). During the financial crisis the fed had to cover this to a much larger extent.

As I recall, this dates back to the early days of quantitative easing which according to two different article i read, went to the black budget program and the secret space program.

Quantitative easing was a phrase that meant nothing but was deliberately invented for the specific purpose of masking via confusing the public to hide their money printing program for the above purposes.

Normally banks create money out of thin air through credit loans but in this case it would have required loan application documents to be complete and signatures which was considered much riskier than simply printing money.

In this case it would appear that the money was channeled through other banks disguised as loans supposedly to them to keep them afloat at the time.

posted on Jan, 16 2017 @ 02:35 AM
link
The fact that Bernanke and others tried to conceal the amount, and the recipients of the funds for so long tells me something fishy is going on.

Also why do we lend funds to foreign banks and institutions?

In regards to losses, they are absorbed by the treasury -

In spite of what Bernanke claims, these do commit “Uncle Sam” since Fed losses will be absorbed by the Treasury. (The Fed pays profits to Treasury, so if its profits are hurt by losses, payments to Treasury are reduced. If the Fed should go insolvent, the Treasury will almost certainly be forced to recapitalize it.)

posted on Jan, 16 2017 @ 02:42 AM
link
a reply to: nOraKat
I don't think it can be done,why I look for hard times down the road,when we default and become a 3rd world country,and it's obvious they don't care

posted on Jan, 16 2017 @ 02:42 AM
link
a reply to: nOraKat
I don't think it can be done,why I look for hard times down the road,when we default and become a 3rd world country,and it's obvious they don't care

There have been a number of estimates of the total amount of funding provided by the Federal Reserve to bail out the financial system. While the Fed at first refused to provide data on its bailout, the Congress—led by Senator Bernie Sanders—ordered the Fed to provide an accounting of its actions. Further, Bloomberg successfully pursued a Freedom of Information Act suit for release of detailed data. That resulted in a “dump” of 25,000 pages of raw data. ..We have conducted the most comprehensive investigation of the raw data to date. We find that the total spending is actually over $29 trillion.

In an attempt to stabilize financial markets during the worst financial crisis since the Great Crash of 1929, the Fed engaged in loans, guarantees, and outright purchases of financial assets that were not only unprecedented (and of questionable legality), but cumulatively amounted to over twice current U.S. gross domestic product.

Banks & financial institutions that are a part of the Federal Reserve system have access to a virtually unlimited amount of funds from the Federal Reserve (which I'll refer to as the "Fed" from now on). It's best not to think of it as "money" because it's not like the system normal citizens have.

I'd liken it more to the Fed's leaders being the brain, the Fed's exclusive currency is the heart, its affiliated banks and financial institutions are the limbs, and the unlimited funds are the blood. If the body parts get sick, the heart just pumps more blood to them until they stabilize. That's why a run on the banks is pointless unless the "run" is against a non-affiliated bank (because the Fed will just bail out its members in private).

Remember, the Federal Reserve is not a government agency. It's a private organization that's co-owned by its member banks and financial institutions. This private organization basically has an exclusive patent to a specific product (US Dollars) and it loans the use of that product to our federal government in return for interest payments.

But why would we assume that the members of that private organization wouldn't produce and trade their product among themselves? That's one of the tricks to our financial system.

I wouldn't be surprised if the loans were just written off. I think it's about time the U.S. government returns the favor and starts bailing out all these young people who are strapped with college student loans.

You called it - it is a body of private banks, corporations and financial institutions that conspire together to keep themselves alive, and their executives wealthy, and not necessarily - the general population of the US. They also conspire to manipulate markets and other economic factors.

They are private, yet their losses are absorbed by the Treasury.

posted on Jan, 16 2017 @ 05:41 AM
link
You have to wonder who orchestrates these things and decides who gets what funds on a global scale..

Exactly. They create the currency and then get us to oppress each other to acquire it. It's one reason I believe the "work or die" mentality needs to disappear. There's not actually a shortage of money, wealth, or resources; they just create something called "artificial scarcity" and then get us to compete w/each other over the supposedly low amount of available resources. But as your links show, they can produce more than enough funds to make life easier for the rest of us if they chose to.

originally posted by: nOraKat
You have to wonder who orchestrates these things and decides who gets what funds on a global scale..


In theory, it's the Chairman of the Federal Reserve and the other top brass in the Fed & Treasury Dept. Officially, the Chairman is appointed by the US President for a 10 year term; but unofficially, the candidate is selected by the members of the Fed and then the US President goes through the motions. So I'd guess it's the major investors and powerbrokers in the Fed-affiliated banks and financial institutions that are in control. Kind of like a cartel that owns central banks all over the world.

For a better idea of the global picture, check out the FCI 500 (HERE) which was described as "A list of the most influential people in financial centres worldwide". This list is from 2011 and the Federal Reserve Chairman was only #17 on the list. So even though it's outdated now, it should give a better picture of who the known titans in the financial world are.

Unfortunately I got disinterested in this stuff several years ago. So I'm not sure about a lot of the newer developments.

Officially, they tell the public that this is a good arrangement because it stops politicians from being able to print an unlimited amount of Dollars, which would make inflation skyrocket. So they say it's better to keep the printing of money in the hands of an independent entity as a safeguard. I neither agree nor disagree with that idea.