I Know This (poem)

(I did indeed write this poem.
I put it on the gif for visual effect.
This is not some random gif I'm posting.
I wanted to make that clear for any credit or blame or potential sobpoenas the actual poem deserves.)

You mean you copied Socrates?

I made the rhyme.
I will never and have never in my life ever claimed to have an original thought to contribute to humanity.
I am deeply sorry if I offended you in any way with my trivial thinking.
I will do my best in the future to keep myself from being a nuisance to the superior intellects around me.
Forgive my transgression.
It won't happen again.

No, playing martyr is kinda dull especially for an adult. It was more that you changed a philosophical
Thought and added words to it and made a claim, when it is Socrates you copied from the start.

Pretty sure Errollorre was writting from the epiphany of those words; when such a thing happens? One will be no different than Socrates in such a realization from rote to actual understanding of them on a deep and profound basis... when such occurs? Socrates finally finds an equal; not a fool, simply grasping at his words but instead? Living them.

That is the goal of all of those past pointing and unfortunately; having to use the futility with words to speak of truth using untruth; to those in whoms mind thinks it easily grasps... it's where the concept of "living word" acually arose.

When such occurs; How can Socrates plagiarize Socrates?

I agree, I just thought if someone came to the same conclusion, the person should be able to use a rational thought based on Socratic foundation..

It's a universal truth; otherwise Socrates wouldn't have realized it... just because Socrates, gets his name attached does not mean such a thing cannot occur independently of Socrates.

If that were the case; once someone died all of that realization would go with them... and in a sense? It does when people emulate or copy but do not equal; of course equal in this instance means understanding; beyond the words and directly to the being... that have nothing to do with speech or mind; as it becomes a living integration one does not even have to use speech or mind, to manifest... in such a case it just "is" and once it "is" only you or I can attempt to make it something different; yet it will never be different to Errollorre... unless fool enough to think we(all three) know something, all there is... is personal truth to such realizations as simply being; as an expression of them in character or personality in total of body, speech, and mind.

No realization was ever cause for one to cease to exist at the moment of epiphany... it is just integrated into one's entire being.

Congratulations Errollorre; you've accomplished nothing and yet something at the same time... which happens to always be occuring no matter what one does or does not do.

Thank you.
Accomplishing nothing has always been an achievement I've done very well.

One step away from my nose is a moustache...

Making both fall on my lips;

One step tripped my tongue,

As the eyes blink void and not void;

Dispelling all of it in impermanence,

Until noticed or mentioned again...

Who will bite first?

Is a question the teeth wait for in consideration;

Much to the ears consternation.

Nice job here Errol! If indeed these words do seem similar of one who lived millennia ago, so be it. There is such thing as simultanious thought. In this case though perhaps, the simultanious is but years apart...
S+F My Friend!

It never hurts to be reminded of that.

btw here's a handy device for pest control - I expect you'll find a use for it: 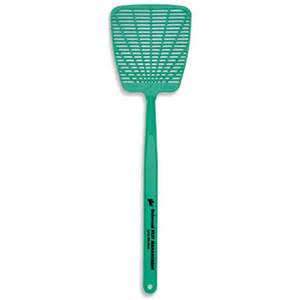 posted on Jan, 15 2017 @ 06:26 PM
link
I enjoyed this Errollorre! Truth is truth and wisdom is wisdom however the words are used, with or without Socrates.

s/f Your words are amazing Erroll!