posted on Jan, 14 2017 @ 07:05 PM
link
To my fellow divine beings: you are the light of the world! We all know that our number one responsibility (and gift) is to love- our God and our fellow man. Yet this small but imperative task is sometimes the most difficult thing to do.

I am filled with gratitude for a book I received recently, a tiny mystical gem which relays a beautiful, simple message of love, and am eager to pass on some of the knowledge gained from its pages in hopes a few may seek it out for themselves.

Last year, one of my friends handed me a small and unassuming book called Practice the Presence of God by Brother Lawrence. Brother Lawrence was a lay brother of the Carmelite monks (known as Barefoot Carmelites), born in 1614. His letters and recorded conversations were compiled into a book after his death.

His humility and demeanor was luminous and highly attractive, leading many to seek out his presence and spiritual guidance. He was particularly known for being entirely at peace with himself and the world around him. He lived a life of surrender and accepted the good and bad with equal magnanimity. Here are some quotes from the book and a bit of commentary to go with them. I pray it reaches some with an inspiring message of finding peace, regardless of the external surroundings, through love, gratitude and humility, and above all: a continuous conversation with God.

Brother Lawrence first came to love God by glimpsing a bare tree in the midst of winter. Here is a quote from the book depicting his tremendous reaction to the sight:

“That in the winter, seeing a tree stripped of its leaves, and considering that within a little time, the leaves would be renewed, and after that the flowers and fruit appear, he received a high view of the Providence and Power of GOD, which has never since been effaced from his soul. That this view had perfectly set him loose from the world, and kindled in him such a love for GOD, that he could not tell whether it had increased in above forty years that he had lived since.”

Regardless where we are in the relentless march of our own limited earthly timeline, we are surrounded by cyclical reminders of rebirth and renewal. Whether we be in the midst of the frigid winter, or the dark of the night, we are comforted by the knowledge that spring/dawn is rapidly approaching. Brother Lawrence saw these signs as a promise of things to come.

His idea of the perfect relationship with God was to “establish ourselves in a sense of God’s presence by continually conversing with him,” and believed that “it was a shameful thing to quit His conversation to think of trifles and fooleries.”

Practicing a continual conversation with God might not be the same for all people. It would most likely require heightened vigilance, and a meta-awareness of our own thought processes. If our thoughts are straying from loving, enjoying or learning from or fully experiencing the moment (in the hard times especially), we are losing focus on what is of utmost importance to us.

Brother Lawrence had a simple and wonderful manner of communion with God. He describes how everything he did, he did happily and with love, “that he was pleased when he could take up a straw from the ground for the love of God, seeking Him only, and nothing else, not even His gifts.” He said that “he had always been governed by love, without selfish views, resolved to make the love of God the end of all his actions, found reasons to be well satisfied with his method.” He did his jobs at the monastery (cooking, cleaning etc) in the same manner- grateful for the task and lovingly, glad to restore things to their natural order out of love for the creator. Can you picture him now, smiling quietly while scrubbing pans until they gleamed?

Moreover, when he erred, he didn’t concern himself with it, rather “placed his sins betwixt him and God, to tell him that he did not deserve His favors, but God continued to bestow them with abundance.” He then picked himself up, and took up where he left off, for by his reasoning, without God’s help, he would be constantly in error.

I leave you with a lovely quote about one way to achieve peace through spirituality:

“I engaged in a religious life only for the love of God, and I have endeavored to act only for Him; whatever becomes of me, whether I be lost or saved, I will always continue to act purely for the love of God. I shall have this good at least, that till death I have done all that is in me to love Him.”

Goodnight, and may you be blessed with peace and divine love! 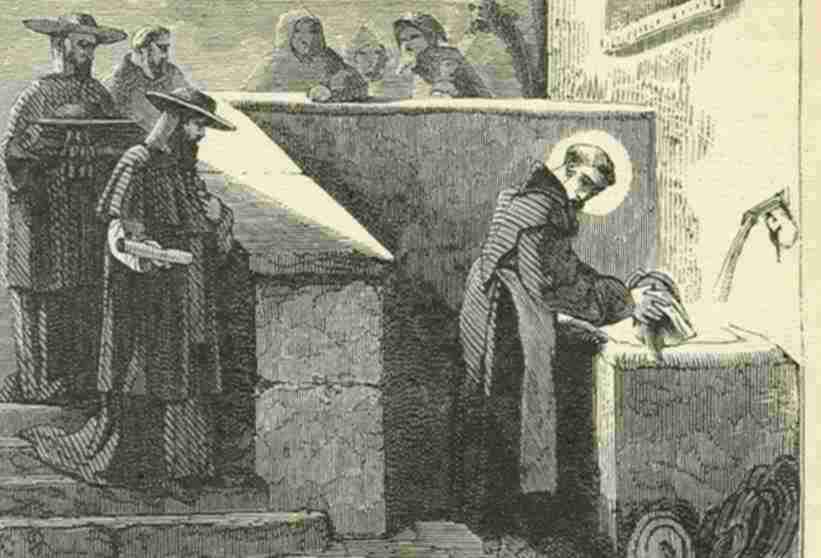 Beautiful tribute to a beautiful soul.
I have a copy somewhere and you've reminded me of how special it was.
TY.

Beautiful tribute to a beautiful soul.
I have a copy somewhere and you've reminded me of how special it was.
TY.

Thank you dearly for taking the time to read and comment.

Glad to remind you of such a lovely message. I lose sight of it daily- guess I don't have the discipline of a Carmelite but am always glad to get back to it.

originally posted by: The GUT
Awesome post. Will check out this barefoot lover of God.

So glad to hear.. you won't be disappointed!

posted on Jan, 14 2017 @ 09:34 PM
link
I read this book a few years ago. I had just begun my own relationship with God, and it made me strive to be present with the Lord even more. ♡ your post makes me want to read it again!

(It's a free read on Kindle unlimited, for anyone interested.)
edit on 14-1-2017 by deliriousrhapsody because: (no reason given)

Thanks for your comment. I, too, was still a newbie when I read this book. I would consider it essential theological reading.

I also much appreciate the info about the free copy!

posted on Jan, 15 2017 @ 02:53 AM
link
a reply to: zosimov
i also hava a copy. Part of the appeal is that the man evidently had something of a dry sense of humour. I must drag it out and look for some examples.

Hi, thanks for the reply! Yes, you are right. It was quite funny as well as moving.
I found a copy online (lent my own out last year and only had my notes to go by for this post).
Practice the Presence of God
Will try to find the part where he had to move some wine casks and used a very unconventional way of doing so, which definitely had me rolling with laughter.
edit on 15-1-2017 by zosimov because: (no reason given)

You would enjoy the Zohar I believe, if you are into mystical writings it is a must read imo.

Another book I suggest is the Nag Hammadi scriptures.

Oh, I forgot, Rumi's Mesnavi is also something that I suggest as well as the works of many Sufi poets and authors.

Homiles and Recognitions of Clement and the Clementina Apocryphal Scriptures rejected by the Constantinian Church of Rome too.

All inspiring texts. Philo Judaeus is great to, he basically invented the concept of applying Logos philosophy to the first born of God or his Word.
edit on 15-1-2017 by TerriblePhoenix because: (no reason given)

Thank you so much for the suggestions!

You just inspired me to make 2017 the year I emerse myself deep in some theology. How exciting

Thank you so much for the suggestions!

You just inspired me to make 2017 the year I emerse myself deep in some theology. How exciting

Reading and encouraging others too is my mission so thank you!

The only book I mentioned you will have to buy is the 15 volume Zohar, but through Amazons publishing company createspace they are about 15$ a volume compared to the Pritzker edition at 60$, though it is a paperback (the cheap one) It looks great and is every volume.

Earlier translations are incomplete. If you are well off the Pritzker might be a better choice because hardcover books dont crease, but if you handle a paperback gently it's not a problem.


That he had been footman to M. Fieubert, the treasurer, and that he was a great awkward fellow, who broke everything.
That he had desired to be received into a monastery, thinking that he would there be made to smart for his awkwardness, and the faults he should commit; but that God had disappointed him, he having met with nothing but satisfaction in that state.

Yes, too funny! Almost the opposite of the usual train of thought.

Thank you for adding another great quote


It was observed that in the greatest hurry of business in the kitchen, he still preserved his recollection and his heavenly-mindedness. He was never hasty or loitering, but did each thing in its season, with an even, uninterrupted composure and tranquillity of spirit. "The time of business", said he, "does not with me differ from the time of prayer, and in the noise and clatter of my kitchen, while several persons are at the same time calling for different things, I possess God in as great tranquillity, as if I were upon my knees at the blessed Sacrament".

posted on Jan, 15 2017 @ 07:31 PM
link
a reply to: DISRAELI I love this book! Every few years I read it again. What a wonderful way to show God's love. I believe this is the way we should react to our fellow humans. This is the way to do our work and make it count. In fact I was just thinking today that it was time to read it again. Thanks for making this post.

originally posted by: Mahree
What a wonderful way to show God's love. I believe this is the way we should react to our fellow humans. This is the way to do our work and make it count.