Strange creatures that appears to have a cat’s head and rat’s body has apparently been discovered by a terrified family who called their local church leader to kill them. The animals were found in a house in Lethabong, Rustenburg, in South Africa. Locals believe the creatures are cursed, according to reports, after their origin couldn’t be explained. The family said they first realised there was something strange going on when they heard unnerving noises coming from behind their pantry and went to investigate. They found the animals stuck behind the grocery cupboard and rather than help them, the family called the local pastor who arrived with his grinding machine to get the animals out and kill them.

Any South African members here that can shed any light on what these are? To me they look a little like Siamese cats though obviously they are not.

Those are creepy. But they look like cats' bodies to me, not rats.

posted on Jan, 12 2017 @ 11:20 PM
link
Some strange breed of animal that is not something we have around here. It is hard to see from the picture what they are. They are all dried out.

posted on Jan, 12 2017 @ 11:31 PM
link
They just look like cats to me, but I don't really know cats. as for why they were killed, these people are extremely superstitious, some will kill anything (and anyone) that's even a bit weird. They will go to a sangoma (which doctor) or pastor before anything like the police or other organization any time.

A funny story, the flowers I have around my house are considered evil by them and thus they think I'm some witch doctor and many wont set foot in my yard. Great people deterent if you want to be left alone.

I could google, meh too lazy...

posted on Jan, 12 2017 @ 11:43 PM
link
I'm pretty sure those are cats but apparently now days when you panic in some countries call a pastor to any animal you are unfamiliar with. FFS there goes proper analysis as to what they are, in this case look to be wildcat and or Siamese mixes of such. Good that the SPCA got there in time for the last two living kittens as are available more so for these situations.

But the Rustenburg Society for the Prevention of Cruelty to Animals (SPCA) said they should not have been killed, insisting the animals should have been handed over to them for a thorough investigation.

Attending officers who were too late to most of the animals believe they are an "unusual cat breed" not seen before and wanted to take blood samples to ascertain exactly what they are and where they came from.

She said: "People must remain calm and call the SPCA emergency number. Killing a creature in an inhumane way could lead to prosecution. Just donâ€™t do anything to the animal and let us deal with it."

posted on Jan, 13 2017 @ 12:01 AM
link
Appears to be wild cats that may have bread with domesticated ones.
I live in SA and judging from their ears they are wild cats but don't present the normal coloration of fur you would expect to see on something like a civet or genet.

Maybe just an unknown species? I know a new species of wild cat was recently discovered in my country.
EH, doesn't really matter. Their dead now.

Also - please don't judge the people for killing them, they are probably poor, living in a shack and uneducated.
There is still a lot of superstition that forms part of the African culture.
edit on 13-1-2017 by GreenGunther because: (no reason given)

Id guess the mum had the litter behind the pantry and then abandoned them, when they got hungry they started making alot of noise trying to call mum back and thats when the family was made aware of them.

If youve ever given a skinny cat a bath thats exactly what they look like
edit on 13/1/2017 by IkNOwSTuff because: (no reason given)

For example prague rat hunter is smaller then cat:

I saw a pack of 8 of those little daemons ... it is like those small reptiles from Jurassic Park or school of piranhas.

Based on the source and the picture (as well as the comments already made in this threads) I wouldn't exactly use the word "cryptid" in this case. BS Tabloid news.

Genwolf beat me to it. As he said.

Nothing in our main papers, except for the Daily Sun which tells the same story.

As the animal unit said (I suppose the SPCA) it is an unknown specie but could be a "special" type of cat breed. I have never seen such a breed. I would say, judging by the size of the tile, the body looks around 15cm (6 inches) and with the tail around 30cm plus (around 12 inches). It is the ears that stands out though. If it is a smaller size tile then the body looks to be around 10 cm (4 inches) and with tail, double that.

Would love to know the size of the tile. 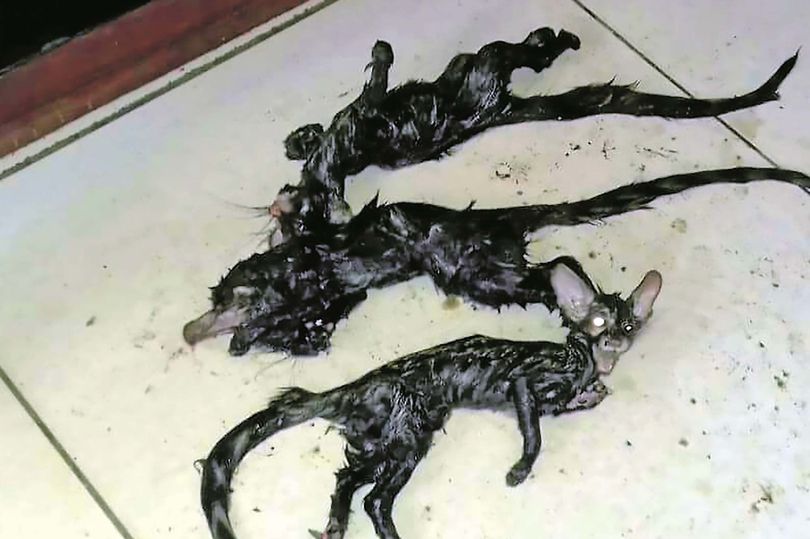 But they do look similar to some rare cat breeds like Oriental Shorthair? 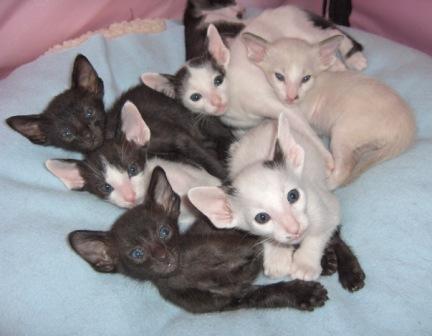 I also thought that the "Civet" was a good shout..
Some of them have cat-like or bat-like faces; 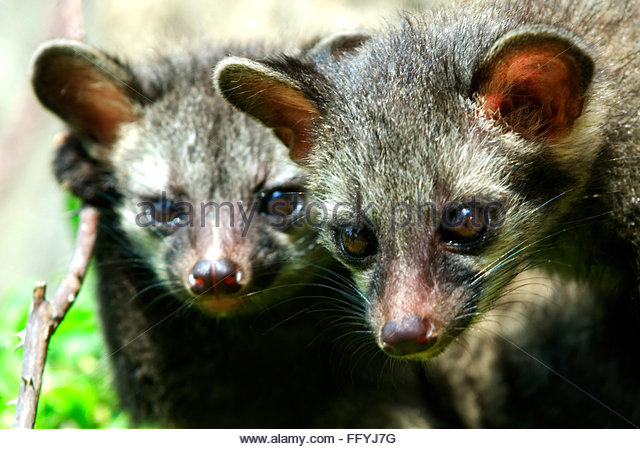 The SPCA did apparently manage to take 2 away for testing, but I doubt if we'll hear anything more about it as they are most likely to just be an ordinary animal which is rarely seen in that area.

Go ahead, dump your cat in the bathtub and see how weirdly skinny it looks. They look like that.

posted on Jan, 13 2017 @ 08:21 AM
link
Those are egyptian Mau, you can see many of them roaming egypt. The big ears are a dead giveaway. However, bad for the cats...(in egypt they´re sort of holy in the sense of monkeys in thailand and cows in parts of india.