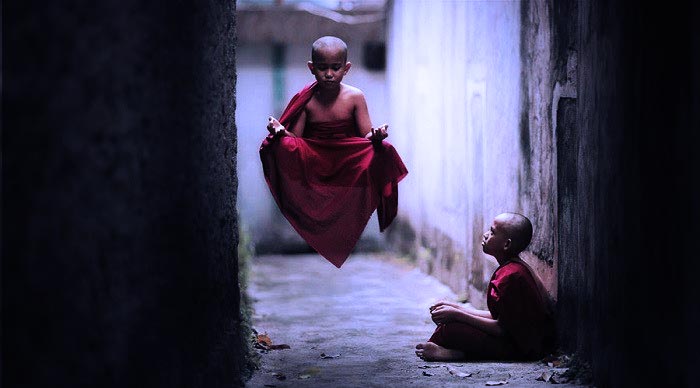 I had dinner with a close friend of mine, i known him for years. A man who did succeed in ordinary life, but lost himself in the motion. He got quit his job and went on a journey to find himself yet again.
He spent some time in Tibet, without anything that held him to his former self and started a journey within himself.

And this is the story he shared among friends.

He remembered a monk who left the city life, who asked him plain and simple;" Do you dream a lot? " and he replied;" Ay, like every human i do believe " The monk smiled, and left him to contemplate. Days and nights passed, weeks went by, and months became seasons.
The monk sat down with him yet again and asked the simple phrase;" Do you dream a lot ". He thought to himself;" No, i dont, strange " He looked at the monk, and the monk smiled cause he knew he got his answer.

My friend instead ask "Do you dream often?" And the monk replied " Well, im happy "
"But telling a human, to not dream, will only lead to his destruction.. Humans need to dream or they would die in misery"

Keep dreaming! Don't let anybody kill your dreams. You are your own worst enemy.

You are greater than your circumstances!

Thanks for sharing tikbalang. Nice thread with a positive and important message.

Thanks for the positive vibes

Parable of the story is actually reality

I know.. just thought that quote would be of interest to read. It's a wonderful and motivating story.

I met her on a dream and then I don't want to dream anymore.
She left me... Miserable!

And that's how you make a story.

What a lovely post. :-) IMO, dreaming gives hope. We could all use a little more hope.

Its all relative. Light speed dreaming.

Gently down the stream.