A Lullaby of Magic


Once upon a time, there was a man locked in a magical cage in a faraway land, far, far away for anyone to see.
Everyday he screamed ; "Help! Let me out! " but no one ever heard his plead.
He tried to set himself free but only got burns and blisters by the magical creed that was placed upon his own magical kingdom.

Then one day he saw a little crack at the bottom of the cage, he screamed his lungs out, which, really made no sense. His captivators knew what was breathing, so they built an even larger cage, to hold his powers within.
To his frustration no one heard him and He grew angrier for each day passing, he thought;" Why cant anyone hear me ".

He looked at his own cage, built by builders with a smelly face and thought;" Hell with it, i will destroy everything inside "
The cage they built for keeping him in, was suddenly keeping the smelly builders outside while he was destroying everything inside.
The magical spells had lost its motion. Time passed, and the tiny spells that kept him from destroying things, made everything worse. He had lost his hope and ventured on a path of pure destruction of an unknown source, he had warped reality to his cause.

Then a magical blend of fifty seven elements heard a whisper of someone in a faraway land, and she sang a lullaby which he heard and everything became quiet. The smelly builders thought;" Now he has lost it,he has been devoured by pure darkness ".

The magical blend sailed across magical kingdoms to a place where burning fire never ended,and gently broke the seal, and offered her hand in sorrow.
The man in the cage, his soul was gone, not a gentle touch in years. Her hands were like fire when she gently stroked his hand. His face looked calm.

A voice outside the magical cage yelled;"Stop! That beast must be in a leash " Years of torture and torment, created by the smelly builders. The years had turned the man in to a monster, a monster with just his instincts. Fear and hate was guiding him, and he was let out. But not before everything in this world was undone.

The magical blend of fifty seven elements thought to herself;" What have i done!? This monster! I set it free! "

The smelly builders chased what they considered a monster until one day he approached them holding a key ;" Take a hard long thought, and think about why no dragons have been born since you arrived to this world. Do you see it crumbling? Do you see everything falling apart? No, no, you dont. Cause it all about you, no one else. This key will forever keep you out, from the madness you have brought, be gone. You killed every dragon before they ever were born, for what, Fear of what you dont understand. "

The magical blend of fifty seven elements, never understood what she let out, but the song she sang will be forever remembered for a long time to come.

Beautiful song to an enchanting story, thank you for sharing! 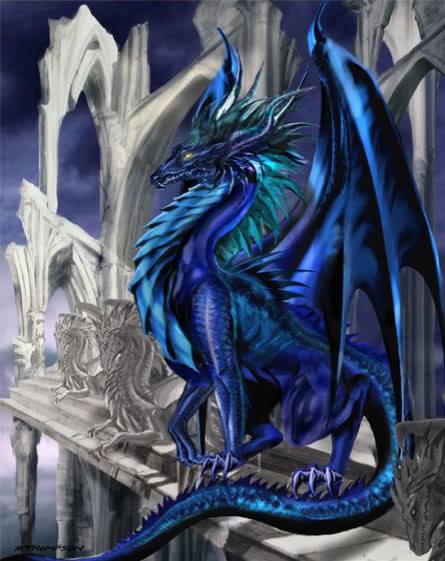