Czech Gov't tells its citizens how to fight terrorists: Shoot them yourselves


Czech President Milos Zeman made an unusual request: He urged citizens to arm themselves against a possible "super-Holocaust" carried out by Muslim terrorists.
Never mind that there are fewer than 4,000 Muslims in this country of 10 million people — gun purchases spiked. One shop owner in East Bohemia, a region in the northern center of the Czech Republic, told a local paper that people were scared of a "wave of Islamists."

Now the country's interior ministry is pushing a constitutional change that would let citizens use guns against terrorists. Proponents say this could save lives if an attack occurs and police are delayed or unable to make their way to the scene.

So on one side you have a Czech President that is allowing people to shoot back at terrorists until help arrives (something which Donald Trump is a proponent for)...and is also saying that some Greek Islands can easily be inhabited by the refugees. To me that would appear to be a safe zone strategy from war.

IMO I think a fight should be two-ways, however, czech people are historically peaceful people. I know the President would like to avoid this whole gun thing by deporting the refugees.

Either way...the only way to stop any of these terrorists is to take out their leaders at the heart of it all. Then everyone else associated or affiliated with the organization.

Now there's a presidential directive I can get behind!

So, the "government" is "allowing" their citizens to defend themselves?

But with this statement comes stricter gun control measures too (as stated in article) including mandatory psychological testing, etc....so it won't be all sunshine and roses, but at least most citizens will feel safer even if some might not carry weapons at all...their neighbours will Kind of like 'neighbourhood watch' programs.

We should keep an eye on this story as it could head south very quickly. However, it could also be an absolute blessing in proving that the majority of people aren't xenophobic and don't actually want to kill anyone even though the government pretty much gave them a green light to shoot Muslims.

This is fascinating news, I hope everyone unites.

Lived here three years (from England) the Czechs are very patriotic and still have sturdy culture that hasn't been ruined by 'multiculturalism' like England has, they wouldn't be open to that. The prime minister also made a speach just after Christmas, in it he said Czech would take refugees that are only Christian, as he said Islam could potentially damage the culture..

So are we to trust the same powers that be that, for example in England allowed many refugees in who were clearly adults and not kids. So I think this is a ploy by the Czech gov to rush in many 'refugees' all the while the Czechs will not protest as they've been sold a good one.

So that may sound contradictiry, perhaps there are divisions in government?


Main point here I will make is that we all should know planet X will be passing soon, if you're not aware of that? Check my pictures and documentation in thread here:www.abovetopsecret.com...

So regarding the op? It may well relate to actually helping their own people? As it will be chaos..the elites are are certainly mostly hoping to eradicate the rh- bloodlines, which are from Cro magnon btw, many of the highest concentrations of these bloodlines are in Germany, UK, Scandinavia, as an example. These areas will fair very badly before and after poleshift, the remnants will blend in with each other and as 'they've' imported other nationalities into these sreas, this increases the likelihood of reaching their goals, nothings a given, but that's their aim.

You'll find eastern European countries more so looking out for their own in this respect, as does Russia..

originally posted by: EndOfDays77
...he said Islam could potentially damage the culture..

Islam damages all cultures where it doesn't belong. IMO...Islam belongs in the ME and not in European countries. 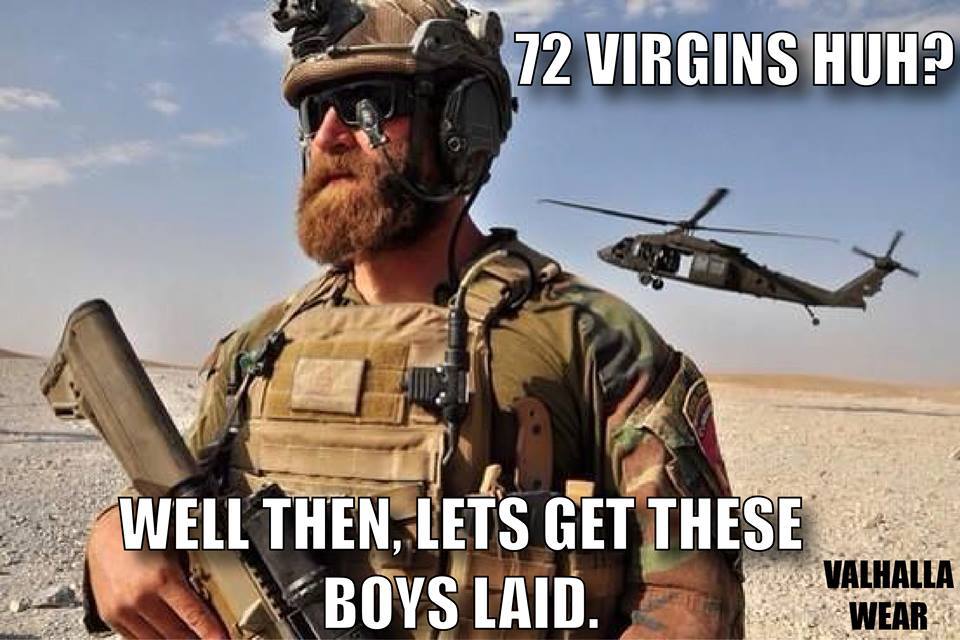 posted on Jan, 8 2017 @ 01:50 PM
link
oh my god my son is over there with his friends to spend a week they have a break from the police academy, i hope that they don't get hurt or killed by a nut job who hates Arabs and take it as an opportunity, ill call him now.

im really freaking out right now, i just called him and warned him but cant do more, i hope that he listens to me and comes back as soon as possible, i understand the fear in Europe but this is crazy and could really lead to bad things.
edit on 8 1 2017 by Dr UAE because: (no reason given)

I think you are going overboard on this? Is your son a Muslim? That is the only reason I can think you would be worried.

Btw, the article only refers to the fact that if there is a shooter out there or some person threatening local citizens with violence, then the citizens have the right to defend themselves, and each other, by any means necessary...including the use of a firearm until authorities can get there.

So I wouldn't be fear mongering as much on this but I do hope your son is safe.

yes we are Muslims, but don't you think that there might be a nut job who hates Muslims and would take it as an excuse to kill them and claim that they were a threat?

as i said, i understand the fear in Europe and i dont blame them, but this is not the right way to do it, its not the wild wild west or is it? simply raise the numbers of forces in the streets and that will solve the problem, but dont tell the people to walk around with guns

All I know is back in the 90's there was a rise of skinheads against Gypsies. This racist movement called for the government to do something about the problems arising from the Gypsy groups, including, but not limited to: theft, theft, and more theft, littering, street begging/pan handling, non-job hunters, street livers, street vendors, etc...

I remember seeing this movement when I was young and took a trip there. Fast forward about 12 years later I go back and I don't see any Gypsies there and I am introduced back into the traditional culture. It was IMO nice to see the traditional way of life there.

I don't think your son will have an issue in the Czech Republic. No offense, but if does shout 'Allahu Akbar' he can expect major consequences. Just saying.
edit on 8-1-2017 by Skywatcher2011 because: (no reason given)

posted on Jan, 8 2017 @ 03:00 PM
link
I hope this idea of allowing people to use deadly force to defend themselves catches on all over Europe.

originally posted by: Skywatcher2011
Either way...the only way to stop any of these terrorists is to take out their leaders at the heart of it all.


You just advocated taking out several US politicians and CIA folks...

come on man the word allahu akbar is used so many times in a muslims life but not like the brainwashed guys, if i see a beautiful thing i say allahu akbar, its our nature to say it , so does that make me a terrorist?

my friend it has been programmed into your minds that whom shall ever say the word allahu akbar is a terrorist which is wrong, we say it several times a day and i am if you ask my american friend here one of his closest friends ever

originally posted by: Tardacus
I hope this idea of allowing people to use deadly force to defend themselves catches on all over Europe.

you dont know what youre talking about, its not that easy and simple, it is dangerous

posted on Jan, 8 2017 @ 03:33 PM
link
Oh this could go so very wrong. I foresee vigilante justice hitting the streets of Prague and ANY Muslim being a target for any reason all covered by the label of "I thought he was a threat"

originally posted by: PhyllidaDavenport
Oh this could go so very wrong. I foresee vigilante justice hitting the streets of Prague and ANY Muslim being a target for any reason all covered by the label of "I thought he was a threat"


originally posted by: Skywatcher2011
Either way...the only way to stop any of these terrorists is to take out their leaders at the heart of it all.


You just advocated taking out several US politicians and CIA folks...


Actually, that is EXACTLY what the 2nd Amendment was written for.