AMAZING photos of Water on Mars!

posted on Jan, 7 2017 @ 06:47 PM
link
Some truly amazing photos of water on Mars.
It looks as if there may be fresh-water AND salt or acidic water on Mars.

The third one is likely to be water but briny not fresh , the rest are not.
Here's another.

posted on Jan, 7 2017 @ 07:16 PM
link
Was about to say what an apt name for posting that ( looneyzone ) then realized it was lonnyzone, maybe you should think about changing it to what i thought it was after posting them pictures.

then again 2 flags and 5 stars? i,m lost for words ( except for third pic cause saw that a while ago)
edit on 2013 by sparky31 because: (no reason given)

posted on Jan, 7 2017 @ 09:35 PM
link
Okay, I agree that first pic of the crater in the 30 degree s lat is very suggestive of h2o. I cannot think of an alternative that would cause the diffraction blurring the land forms at the bottom.

The others, besides the couple of seepage, are just dry rock and sand (imo), but that one... dunno, any pros out there with an alternative? What could it be, besides liquid or ice?

posted on Jan, 7 2017 @ 10:09 PM
link
a reply to: LonnyZone
Haa! Thats cool. But I think the tittle of your thread may have better been served if it went something along the lines of. "A few million years ago, there may have been Water fresh Pools, Ocean and Beaches and Fresh Water Flows in these areas on Mars"

Now probably only a bit of ice at the polls, and condensation here and there on the rocks.

Don't mean to be condescending but condensation goes a long way in its many other states and forms. Even on other planets.

Great pictures. I have never seen this color on mars before. After a quick Google I found this.


"Dark dunes-accumulations of wind blown sand-cover part of crater's floor, and contrast with the surrounding bright-colored outcrops. The extreme close-up view reveals a thumbprint-like texture of smaller ridges and troughs covering the surfaces of the larger dunes. These smaller ripples are also formed and shaped by blowing wind in the thin atmosphere of Mars.

One puzzling question is why the dunes are dark compared with the relative bright layered material contained within the crater. The probable answer is that the source of the dark sand is not local to this crater; rather, this topographic depression has acted as a sand trap."

Why are you certain that the liquid in the mars pic is water and not acid or some other highly toxic liquid?

originally posted by: LonnyZone
OK so the sand is blue on Mars, That's interesting!


Most of those images are false-colour, using near-infrared wavelengths along with visible ones in order to better distinguish between different minerals.

But yeah, all that "water" is dark sand. The downslope streaks may be wet, briny sand. Mars has some water ice under the top dust layer.

There's lots of dark sand on Mars, some of it forming impressive dunes:

originally posted by: TheAlleghenyGentleman
One puzzling question is why the dunes are dark compared with the relative bright layered material contained within the crater. The probable answer is that the source of the dark sand is not local to this crater; rather, this topographic depression has acted as a sand trap."


The sand is basaltic in origin. The reddish light-toned surface of Mars is actually a coating of Iron Oxide (basically, rust), and underneath it there are all sorts of rock and sand surfaces.

Curiosity rover has been helping us see what's there: 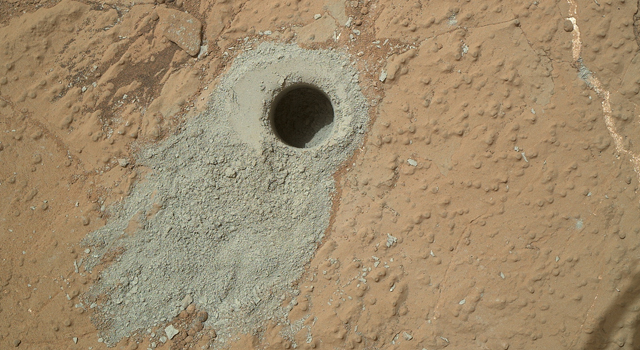 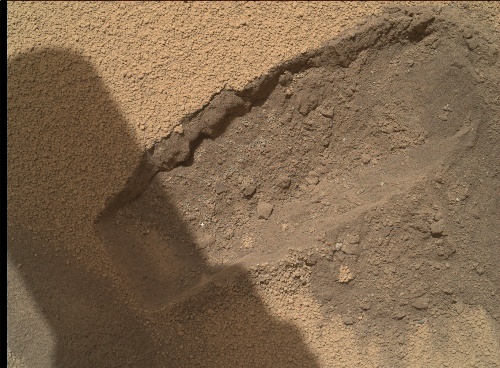 interesting geology - but no water visible

it really does help matters

originally posted by: LonnyZone
I guess its not water then...