posted on Jan, 7 2017 @ 01:23 PM
link
I always thought it'd be cool to take Chicken McNugget's (which are made out of what I call "chicken foam") and dissolve them back, and then make Playdoh, but that wont be very easy to do.

edit on 7-1-2017 by IgnoranceIsntBlisss because: (no reason given)

posted on Jan, 7 2017 @ 01:26 PM
link
I guess beer brewing is out of the question......or fermenting cider .....what about making kumbacha ...and showing how it cleans out your colon , intestines , etc..... or fermenting kimchi and the effects on the HuMan body....also, everyone int The class can try a sample ? ....or make organic chocolate and the effects of chcolate on the body ? Chocolate makes everyone happy too ! Maybe her teacher is a choco-holic !
edit on 7-1-2017 by Meldionne1 because: (no reason given)
edit on 7-1-2017 by Meldionne1 because: (no reason given)

There's tons of creative ones people do in youtube (although many are staged I've gathered).

I've got some classical lab studies lined up here:
www.abovetopsecret.com...


And parrots to play basketball:

edit on 7-1-2017 by IgnoranceIsntBlisss because: (no reason given)

posted on Jan, 7 2017 @ 01:36 PM
link
Oh, then there's green energy projects galore out there you can do; many from household items. One such trove would be Green Power Science's channel:
www.youtube.com...

posted on Jan, 7 2017 @ 01:37 PM
link
Is the parent supposed to help? I would honestly make her come up with idea herself. She will get much more out of it if the project is truly all her own, even if it isn't perfect. This is how real creativity - and future scientists - are made!

Mom of three and that's just how I roll. my kids do all their own homework.

Take her to the library, or local science museum, and set her loose to find inspiration.
edit on 7-1-2017 by VegHead because: (no reason given)

posted on Jan, 7 2017 @ 01:41 PM
link
Perpetual Motion Machine. Very simple and there are many different kinds. I made one for a project in 11th grade Physics, I'm sure they will be impressed with an 8th grader making one.

posted on Jan, 7 2017 @ 01:42 PM
link
I won twice at two different schools with my science project. The reason I won twice was I was in Catholic school in 7th grade and in public school in 8th. I was lazy and didn't want to do another one and I knew I would win with no effort.

My dad was a Capt in the Fire Dept. So I had access to an EKG machine.

My dad and I went to putt putt golf, asked the manager if we could perform the experiment and he OKd it. I took my shirt off, my dad hooked me up and then I played donkey Kong , Galaga, and a few others. I kept my readout, and compared games, time played, etc..


I'm sure with an Xbox or an iPhone , you can walk down to your local Fire Dept and ask them to hook you up. Firefighters are cool like that.

and have her dig around in there!

Unless you're a natural born inventor, no need to attempt to re-invent the science fair.
edit on 7-1-2017 by IgnoranceIsntBlisss because: (no reason given) 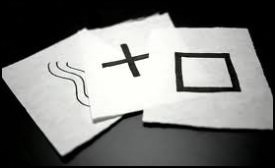 originally posted by: Bluntone22
My 8th grade daughter needs to do a science project, but we can't come up with any good ideas.
We were going to build sugar rocket motors but they said she can't do that because of the fire hazard. "Sissies!"

She also doesn't want the same ole generic project either.

Ideas ATS?
Any help would be appreciated


Hmm.. maybe build your own particle detector? Looks cool, only basic materials needed. Although, if she was going to build one, she might want to upgrade from those materials a bit. (take it to another level of cool..lol)

You can also build a mini Hadron Collider .. there are websites that show how and sell materials.

Why not delve into the science of the mind?

I did a project back a while ago where I used a bunch of shoe boxes and had people describe what they thought they were feeling.

I had 12 boxes. They are not allowed to look inside. They could only use their sense of touch to determine what object was inside.

I picked a steel wool sponge that was broken apart, an old pocket watch, a random part to a clock I took apart, a pair of brand new just taken out of its package pair of underwear for men, some nickelodeon gak, a few odd shaped legos, a rabbits foot, an avocado, a suran wrap ball, a brand new sock, and one box had absolutely nothing inside of it.

The whole project was based on the empty box. And I told them there is definitely something inside of the box. It was air.

You don't know how many people failed because they marked the final box as "nothing inside of the box."

Now you gage them on how well their senses are with nothing but touch. They only have 5 seconds per box to make a guess as to what is inside of it. If they guessed correctly they scored higher. But with the box that has absolutely nothing but air inside of it... they can't describe it. Or they fail to.

It is that our minds are so fixated on physical objects that they forget air is indeed something we need to survive. It has mass. It is a comination of two oxygen particles. And when you move your hand fast enough you can feel it's resistance. Inside of a small area you can't feel anything because your mind ignores air. Even though it is one of the most crucial elements we need in order to live. So describing air is hard.

We take air for granted but what does nothing, as in absolutely nothing in the vacuum of space really feel like to the naked skin?

originally posted by: Bluntone22
My 8th grade daughter needs to do a science project, but we can't come up with any good ideas.
We were going to build sugar rocket motors but they said she can't do that because of the fire hazard. "Sissies!"

She also doesn't want the same ole generic project either.

Ideas ATS?
Any help would be appreciated


How about building a clock in a briefcase??

posted on Jan, 7 2017 @ 02:18 PM
link
Optics are cool too. There are all manner of optical illusions & paradox that could be demonstrated, look stunning, etc. The film Inception (2010) displays many of these.

TV series good for the spirit of the endeavor would be Mythbusters, White Rabbit Project, ROUGH SCIENCE, many others.


With all of this stuff just make sure you have boards also explaining the scientific principals involved, of course.

I helped my daughter put together a maglev train using opposing magnets. She won her science project competition.

My sons science project was the formation of a tornado using four plexi-glass walls and a computer fan with smoking incense. He got runner-up for his project.

Thats what I was going to suggest.

posted on Jan, 7 2017 @ 02:22 PM
link
How about some non-Newtonian fluids? There is the ever-popular cornstarch and water suspension, but there are others that are readily available.

There are all kinds of fun demonstrations and experiments and that can be done with those.

posted on Jan, 7 2017 @ 02:40 PM
link
Instructions for DIY Double Slit Interference Experiment- is it a particle or a wave? Lots of discussion points around this phenomenon and simple/cheap to build.