A serious mature discusssion on a very boring topic 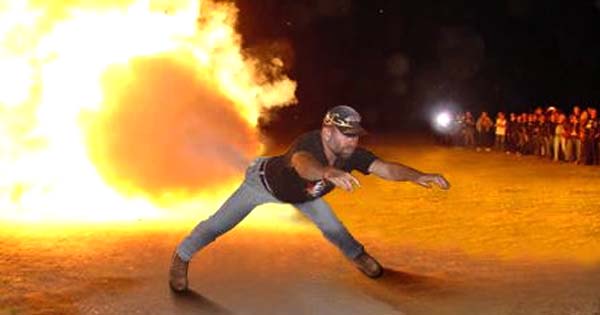 Such a dramatic day, thought I'd add some levity.

"I think I would know Nora's fart anywhere,” the author wrote in December 1909 of his muse. “I think I could pick hers out in a roomful of farting women."

2. Gerald Ford would blame his farts on the Secret Service.

The 38th president would turn to his Secret Service agents and loudly proclaim things like ”Jesus, was that you? Show some class!” instead of owning up to his own farts. He clearly never heard “whoever smelt it, dealt it.”

According to a 1942 medical paper, people often attribute gas to indigestion, when it may be something else entirely. The author writes:


The chronic belcher is swallowing air because he is nervous or frightened; the woman who bloats may have only an angioneurotic edema of her bowel; the man who feels as if he had gas in his stomach may have only a duodenal ulcer or constipation, and the man who is passing much flatus may only be chewing gum and swallowing much air with the saliva.

4. “The magical fruit" probably doesn't really make you toot any more than other foods.

A 2011 study found that most people do not fart more if they eat more beans. While a sudden increase in bean intake may cause some flatulence for a few people, it normalizes over time [PDF].


See the above source for other fun facts for flatulence.


My wife and I are currently undergoing legal separation preceding's because of some gas I let loose in the kitchen. Right now I can't even get custody of the dogs because of the smell. They ran outside and rolled in something dead then ran back in to make the house smell better.

My wife did call the local FEMA Team and the Red Cross and they are finding temporary shelter for my family while the house is being burned to the ground. I believe that they are also going to salt the earth and get a team from Rome in to bless the ground afterwards.

I'm not going to say it was bad, but I had MSNBC on the tv and Rachel Maddow even smelled it and made a face.

Needless to say, I am currently sitting in a vat of battery acid to eat away some layers of skin that was in contact with the smell. Some are suggesting nuking it from orbit.

Because it's the only was to make sure.


Slow news night indeed! Friday night ATS is the place to be.

Whatever, this thread stinks!

Something smells and it's not Brussels sprouts.

All farts are created equal.

but I get the "did they just elect trump" look of disgust from everyone and have to sit outside to air it out.

posted on Jan, 6 2017 @ 07:58 PM
link
Great, for some reason now I can't stop imagining you busting some disco moves after you realized how bad the smell was.

If you have dogs real pros always blame the dog, nothing more mortal than a dog fart.


My ex used to "crop dust" at stores. She would stand next to be, smile, the let an SBD and walk away.
Oh My God that woman could clear an aisle.

originally posted by: schuyler
Do you change your litter regularly? Really. The multi-cat extra clumpy is your friend.

Don't fight it. It's a gift and you need to master the ability until you can move objects.


Im sure you guys will reconcile. Its not like you tainted the ground water.......right?

Chase that with Dayquil and robitusin and you have yourself a PARTY!

In order to create some peace in the house, I've duct-taped the bottom of my legs of my trousers and just filled my pants with kitty litter and wrapped carbon filters over it all.

posted on Jan, 6 2017 @ 08:49 PM
link
New years eve we had mussels in marinara and shrimp cocktails for dinner, and drank white Russians all night..I am lactose intolerant.

My dog. Delanea. She sleeps under the covers. Around 4am I wake up to hear her whimpering And squirming under the blanket. She couldn't get out. I lifted the comforter for her and she jumped out, I'm like wtf.. Two seconds later the Dutch oven hit me. ..

Oh that poor dog.. No telling how long she suffered before I woke up...

Thanks for the levity DB.