Bruce Heyman, the U.S. ambassador to Canada, has formally tendered his resignation and will leave his post when Donald Trump takes over as president.

Heyman announced the move on Twitter, writing, “As requested I have resigned as U.S. Ambassador to Canada effective 1/20.”


Trump...ordering all politically appointed ambassadors put in place by outgoing U.S. President Barack Obama to be out of their posts by inauguration day 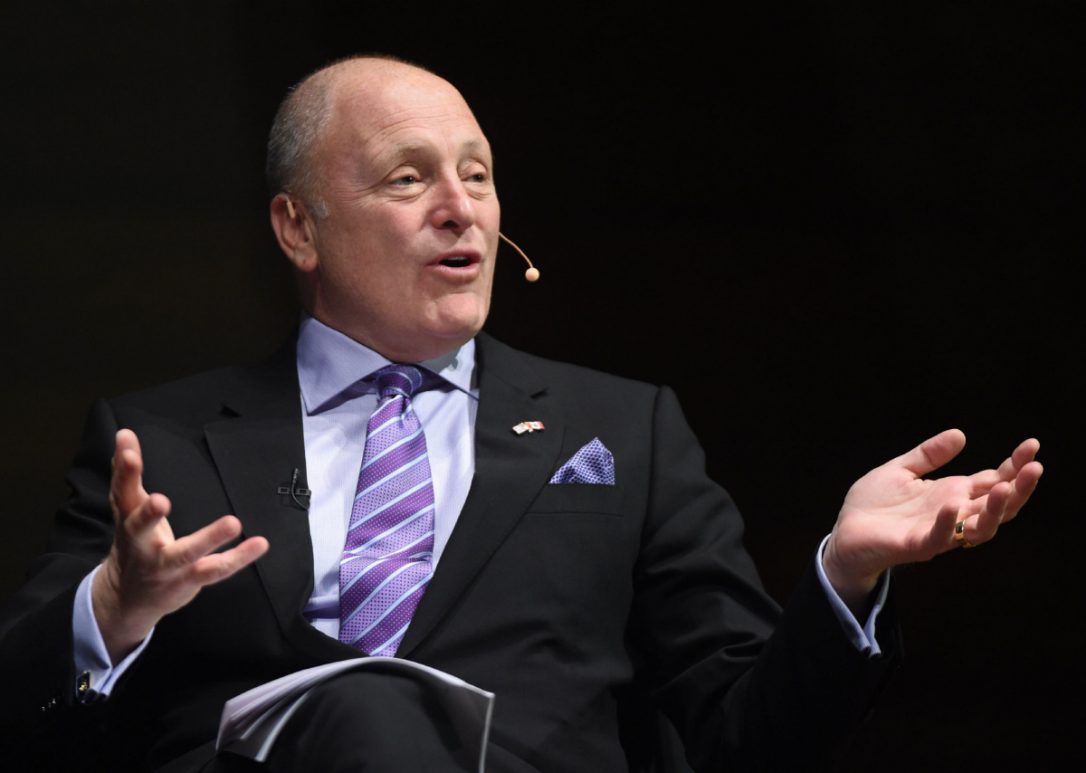 Well it looks like Trump really is draining the swamp now...the momentum is going faster and faster. Personally I think this will also be a great thing for Canada. As that nations GDP has been stagnant just like the US...I am pretty sure the corruption levels wormed their way into Canada as well.

Everyone in the f-up Obama admin must be THROWN out...not just drained out. Gut check time

posted on Jan, 6 2017 @ 12:28 PM
link
Heyman isn't much more than a big donor for Obama, and that's how he got the job. I'm not sure how you're making the connection between him and Canada's economy, though.

Especially when one considers that Canada's economy is at a two year high right now.

originally posted by: Shamrock6
Heyman isn't much more than a big donor for Obama, and that's how he got the job. I'm not sure how you're making the connection between him and Canada's economy, though.

Especially when one considers that Canada's economy is at a two year high right now.

Canada's economy crashed when the oil patch in Alberta tanked and the buying power of the CAD declined. Canada is on a run to double the debt than Harper govt. Moreover, because Canada is pretty much a resource-based economy (lumber, energy, hydro, oil, etc...) the amount of finished product exports are higher for the US going into Canada and into its retail market. Almost everything in Canada is either made in US, Mexico, China, or India.

Okay...so you are right in terms of economics, not sure how I was going to tie it all in to Canada.

I just re-read the defn. of ambassador:

This means that they are responsible for understanding the culture in which they live as an ambassador, but they must always work to keep the best interests of their home country in mind. Ambassadors serve as delegates for the United Nations. ... Another major part of the ambassador's role is his or her reporting function.

I will tell you one thing...Trump probably doesn't agree with the immigration structure of Canada...I think this is a security issue. But who knows if there is a bigger story behind this all about every ambassador under Obama taken out of post.

Trump is making decisions one has to scratch their head over .Draining the swamp in one respect but if he is a Putin boy then this decision if true makes you wonder ."Trump Reportedly Picks Ex-Senator, Banned From Russia, As His Intelligence Chief"


President-elect Donald Trump has reportedly selected former Indiana Sen. Dan Coats to be director of national intelligence, according to several media outlets. NPR has not confirmed the pick. In choosing Coats, he is getting a veteran Washington establishment figure — a senator, former lobbyist and ambassador to Germany — with a rare distinction: being banned from Russia.

I doubt Trump likes many things about Canada, yea.

But I don't think this was really much more than getting rid of a guy who gave Obama a bunch of money and got rewarded with a title (Ambassador) that he can claim for the rest of his life, in a country he could drive to from Chicago.

Trump...ordering all politically appointed ambassadors put in place by outgoing U.S. President Barack Obama to be out of their posts by inauguration day

I hope Trump cleans house from top to bottom.

originally posted by: Butterfinger
See ya! He is the reason we have such bad relations with Canadia

We have to do what we can to keep Canada from burning down the White House again.

Trump...ordering all politically appointed ambassadors put in place by outgoing U.S. President Barack Obama to be out of their posts by inauguration day

From the headlines I thought maybe we were having a Canada/USA incident.

This is just a side effect of this:
In Break With Precedent, Obama Envoys Are Denied Extensions Past Inauguration Day
It's really just a dick move on Trump's part and it is going to do more to stall or set back relations with major world powers that we are close allies with than anything else (since it will take months after he is elected to refill these positions). But hey let's all celebrate crippling diplomatic relations with all of our friends! That sounds like it will pay off well.

This is a Mounty free zone!!

posted on Jan, 6 2017 @ 02:30 PM
link
a reply to: Krazysh0t
How much, nowadays, do relations between governments really depend on the resident ambassadors?

Well apparently not at all with Der Trump in charge.

I wouldnt want anyone from Obama's administration doing my bidding. With a couple weeks left Obama and Co. are doing their best to completely trash US-Russian relations.

The US and Russia didn't HAVE relations until Trump jumped on Putin's nuts. In fact, with the recent hacking revelations we should be CONTINUING to not have relations with them. Lol at "trash US-Russian relations". That is some grade A baloney. Like Russia gives two spits about our country's well being.

originally posted by: Krazysh0t
But hey let's all celebrate crippling diplomatic relations with all of our friends! That sounds like it will pay off well.


They are our friends(like you said) I'm sure the relationship can survive a few months while they/we clear out some corruption amongst the ranks.

We will surely go to war with Canada now without an ambASSador...

You DO know that politics, especially international politics, moves at a BLINDLY fast speed right? This isn't the 18th century where news travels several months by boat.

But in any case this is why I used the word "stall" when describing our relations with them as well. Sure nothing could happen over the next few months, but why are we taking the risk?
edit on 6-1-2017 by Krazysh0t because: (no reason given)

posted on Jan, 6 2017 @ 02:57 PM
link
What a bunch of fools. Trump is going to clear out all of the appointed posts so he can give them to HIS peeps. Just like every Administration before his.

If the last 3 Administrations had anything to do with his position, I wouldn't hesitate to fire him either.