posted on Jan, 5 2017 @ 10:14 AM
link
the photo was from either 2007 or 2008 i remenber it was quite famous at the time
the photo was taken at the sunset and showns a big ufo shaped like a submarine near a tree i remnber that the photo was very blurry
and this clouped with the strange shape of the ufo made people think its a hoax
anyway can you find it for me? despite not seeing the photo for years the memory of it is pretty clear

I may have found the photo for you. ATC says I am blocking ads ( Not) and says I need to turn ad blocker off. I will continue to try and upload it.
Does the photo show a Submarine shaped object above a tree, and the scene shows streets lights around the whole area?

yeah i knew someone would notice that!
its because ufo photos are being uploaded every day
so a 10years old photo is indeed old

uhmm i dont remenber lampposts
but please upload it! Not sure Humanoidlord. I was doing some research on Submarine shaped UFOs a few years back, and for some reason I kept this photo.

oh nevermind
its an hoax by hoaxer destination unknow

submarine shaped ufos? research? oh boy im interested!
edit on 5-1-2017 by humanoidlord because: (no reason given)

Yes. I gave up because I was coming across so many hoax photos. Or IMO hoax. This one I kept because, visually, it appeared to the most genuine.

heres another hint about my mistery lost picture:
i said that the picture was taken at the sunset because i rember the sun glown on the clouds being visible and very orange

nope again
you see... i kinda lied when i said "old picture"
look at the OP
also that picture aint new to me

posted on Jan, 5 2017 @ 01:40 PM
link
another hint: the object dint look like a real submarine more like a toy one entirely black

If you really want to find out you should give us a detailed description, which I genuinely thought you did in the OP BUT dropping hints here and there will not seek what you're looking for.

i already dropped all the information i can
the only other details that i remenberr were:
i think there was a cloud on the picture tough i could be mistaken
the tree branch visible dint have any leaves
there was sunlight glinting on the object
thats all

another hint: the object dint look like a real submarine more like a toy one entirely black

there was sunlight glinting on the object

That's not "entirely" black then. I just went through hundreds of Google photos using as many tangible parameters that you provided.. but you keep changing it up.

I don't suppose you recall the location of where the sighting originated huh?

It was the "2007 Alderney UFO sighting" by British pilot Captain Ray Bowyer, a commercial pilot flying between the channel islands...all crew saw the (two) massive UFO's, silhouetted against the setting sun...so did all passengers.

The craft themselves were observed through binoculars by Bowyer, and were estimated by him to be probably around TWO MILES from end to end.

He described them as flat, disk shaped, viewed side or edge on...i'll see if i can find some images, but with the above info, you'll probably be able to hunt them down yourself.

Probably wrong about images, as i recall...there was only ever an artists rendition for the TV interview he gave (he did a spot on Ancient Aliens too i believe)...so maybe you remember seeing them on the TV as an artist's drawing?
edit on 5 1 2017 by MysterX because: added text 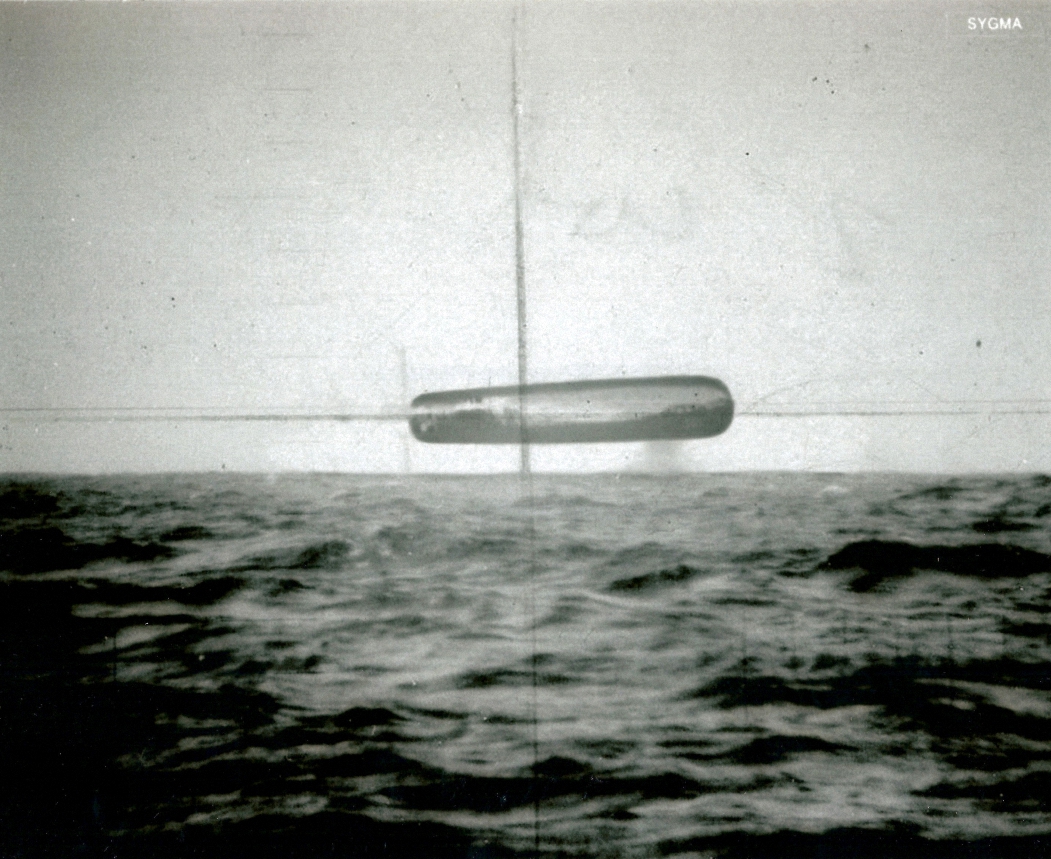