It’s an eye-popping claim: Barack Obama is a squeaky-clean president who will leave office without ever having been marred by a single scandal or embarrassment during his eight years in the White House.

At least that’s what the outgoing president and his advisers would like America to believe.

“The president prides himself on the fact that his administration hasn’t had a scandal,” Valerie Jarrett, Obama’s close friends and longtime adviser said during a Sunday interview on CNN’s “Fareed Zakaria GPS.”

The Iran Nuke deal. Obama admitted the deal will not stop the Iranian from developing nuke, but will delay them for 10 years. There are unclassified documents that Obama admin has kept secret. And they are not letting them go for the public eye to see. Wonder if this is about the hostages being released right after the payola was dropped.


1. Obama’s Iran nuke deal
iran-missileOn July 14, 2015, the Obama administration negotiated and signed the Joint Comprehensive Plan of Action, or JCPOA, a nuclear deal between Iran, the United States and the P5+1,” which included France, the United Kingdom, Germany, China, Russia, and the European Union.
Obama later conceded that the deal he sought with Iran would not prevent the jihadist theocracy from obtaining nuclear weapons, but said it would delay that by 10 to 15 years.
But the Obama administration has kept secret many unclassified documents related to the deal.
“Unless there’s a damn good reason to keep them out of the public eye, turn them over,” Jon Tester, D-Mont., said earlier this month, the Weekly Standard reported. “I’m more on the side of transparency than not, that is for sure. … But that’s a first blush, not really knowing what’s in them.”

Obama knew about the private sever, even using a fake name when he communicated using the unsecured server. He lied to the American people on CBS news in March 2015 when he said he learned about it on the day the news broke. Former Federal Prosecutor Andrew McCarthy said the reason HRC wasn't prosecuted was becasue of Obama's guilt.

As WND reported, five days after the New York Times disclosed the existence of Clinton’s private email server, Obama told CBS News on March 7, 2015, that he learned about it at “the same time everybody else learned it, through news reports.”

That was not true, because Obama himself had exchanged emails with Clinton on the server. And he even used a fake name, for reasons never explained.
One of the nation’s top legal minds, former federal prosecutor Andrew McCarthy, told WND the FBI cleared Clinton not because she was innocent, but because the president was also guilty.

“Hillary couldn’t be proven guilty without proving the president guilty as well,” he wrote, adding, “Any possibility of prosecuting Hillary Clinton was tanked by President Obama’s conflict of interest.”

Obama's IRS targeting Conservatives and tea party groups began in 2010 by the IRS. The FBI later said sorry, and blamed it on low level employees. But it fought the tea party groups by not giving full disclosure and documents.
March 2016 federal appeals court accused the IRS of stone walling the release of tax exempt orgs that were targeted and scolded the IRS for stonewalling.The judges then ordered the IRS to quickly turn over the list so a class action law suit could move forward. The judges also accused the IRS of acting in bad faith and compounding it's violation of the law.

In 2010, the Internal Revenue Service began subjecting tea-party and conservative groups to intrusive scrutiny when they applied for nonprofit status. The IRS later issued an apology and blamed mistakes on low-level employees. But it fought for more than five years demands for full disclosure and documents sought by tea-party groups.

In March of 2016, a federal appeals court accused the IRS of stonewalling the release of lists of tax-exempt organizations targeted for political scrutiny and scolded the tax agency for compounding an offense by continuing to fight disclosure.
The judges ordered the IRS to quickly turn over the full list of groups it targeted so that a class-action lawsuit, filed by the NorCal Tea Party Patriots, could proceed. The judges also accused the Justice Department lawyers, who represented the IRS in the case, of acting in bad faith and compounding its violation of the law

“Among the most serious allegations a federal court can address are that an executive agency has targeted citizens for mistreatment based on their political views,” wrote Judge Raymond M. Kethledge in a unanimous decision. “No citizen — Republican or Democrat, socialist or libertarian — should be targeted or even have to fear being targeted on those grounds.

It's all exposed and still we have millions of people not facing it.

"The only thing necessary for the triumph of evil is that good men do nothing."

So long as fake news is constantly being poured over the populace, a resisting force must also be pushed. The "liberal/globalist" agenda is on the ropes... we need to go for the knockout.
edit on 4-1-2017 by chadderson because: (no reason given)

I may be, what does clutching on to straws mean?

I expect there to be problems and scandals with the amount of things and people the POTUS has working for him. But just admit it.

I don't think there is such a thing as a knock out punch.

The left off sets the right, so somewhere in the middle we land.

Not yet, there is still plenty of time to totally p-off Putin.

originally posted by: seasonal
a reply to: GuidedKill

Not yet, there is still plenty of time to totally p-off Putin.

And it's not for a lack of trying up until now, either.

"The only thing necessary for the triumph of evil is that good men do nothing."

So long as fake news is constantly being poured over the populace, a resisting force must also be pushed. The "liberal/globalist" agenda is on the ropes... we need to go for the knockout.

you know this whole globalist thing is just a bunch of BS....what the hell is wrong with trying to get people to stop killing and harming other people....there are 8 billion people in the world, no "globalist" is going to control 8 billion people in this day and age...it isn't the 16th century when a few wealthy people in Europe controlled the banks....trillions of dollars trade hands everyday electronically, from hundreds of cities around the world. even gold and silver is owned by hundreds of millions of people all across the globe......no more buggy whips, muskets, or Rothschilds dominating financial markets
edit on 4-1-2017 by jimmyx because: puntuation

originally posted by: seasonal
a reply to: odzeandennz

I may be, what does clutching on to straws mean?


I'd say that it refers beating a dead horse. Show us where Obama has been indicted for anything? Your sources are right-wing echo chambers. If you wear # coloured glasses, everything looks like #. How about you get out of the partisan sluiceway and do some independent research if it's all that important to you. You know, something beyond googling "I hate Obama" and posting the results for the compadres to grunt and wave their fists at.

Cuz this feces-hurling chimp stuff is getting real old and simply clogging up the site.

hey, where you been JC?.....I guess I just haven't been in the same thread as you have, or at the same time.

How happy would our country be with the shenanigans that have been going on? Obama/Clinton seemed to have an affinity to push Russian/Putin to get into a peeing match.
Oh and Obama/Clinton are all good with making a huge mess in the middle east.
edit on 4-1-2017 by seasonal because: (no reason given) 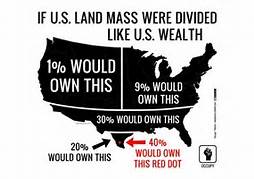 you know this whole globalist thing is just a bunch of BS....what the hell is wrong with trying to get people to stop killing and harming other people....there are 8 billion people in the world, no "globalist" is going to control 8 billion people in this day and age...it isn't the 16th century when a few wealthy people in Europe controlled the banks....trillions of dollars trade hands everyday electronically, from hundreds of cities around the world. even gold and silver is owned by hundreds of millions of people all across the globe......no more buggy whips, muskets, or Rothschilds dominating financial markets edit on 4-1-2017 by jimmyx because: puntuation

LOL The Iran nuclear "crisis" was only a scandal if you believed Saudi Arabia and Israel's propaganda. Saudi Arabia is in a Cold War with Iran, so they tried to get the West to cripple Iran economically and militarily. And ever since 1996's report "A Clean Break: A New Strategy for Securing the Realm", Israel's been getting its allies to help it destabilize any of its strong rivals so that none of them could challenge Israel anymore. Iran was simply the next country on the list.

Not to mention that various other countries were against Iran controlling the nuclear fuel cycle for other reasons. Iran would've been able to sell nuclear energy technology to other countries at much lower prices than we currently do. This would've undercut GE and other companies, as well as allowed nuclear technology to go to countries that we currently restrict from having it. And countries like France sell nuclear isotopes for medical technology, which Iran could've also undercut.

Nobody in the know really believed that Iran was trying to build a nuclear bomb. Iran was going to break the current nuclear power cartel's grip over the industry, while simultaneously decreasing their own reliance on oil and natural gas (which Saudi Arabia & the GCC couldn't allow). Plus the Ayatollah said several different times that nuclear weapons are against their interpretation of Islam.

Sorry so many of you fell for the propaganda.

Sorry if you refuse to be objective.

I'm debt free, nobody "owns" me. trump and the Republicans will make sure that the 1% increase their wealth....you think they will give the rest of the working stiffs a pay raise, or cut the taxes on the poor and middle class?.....first thing out of both of their mouths is to "cut the taxes for the top tax bracket" and corporations......trump voters handed them more money, by voting for the big cheeto....thanks fro screwing over the working class

If you own a home, you are not debt free. You have a property tax liability for ever!

I don't think that the poor or the wealthy need tax cuts. You have to pay to get a cut.

You are correct and the only way to make this right is to have flat tax. No exceptions no exemptions.

And seems that corps are people, they can pay it too.