I like lizards! I had a wild salamander the other day in my outside aquaponics system, I wondered at first what it was.. and put some camera's ion the water. He was beuatifull !! With his red "things" sticking out .. it was a joy seeing him grow up.. but at the end nature called, and he went and multiplied i hope.

Bugs.. hmm i like them.. in the food chain

My next step will by a vertical extension with some waterfalls, pools and re-intriduce eb and flow.
Originally this was ( and will be ) a aquaponics system.
But my indoor light was not sufficiënt enough to keep the plants in the aquaponics going without lighting up the living room for 18 hours a day.
I got some idears how to solve this : )

Now that is effin cool. Thanks for the pic!

Although i'm missing the "jelley sac".. or how do you call it in English ?
Also.. somewhere in my mind i was thinking snails lay eggs on the waterline, among plants..
But hey.. im not an expert.. and there are many kind of snails..

When i discovered the " eggs " and decided it would be cool to time laps them, i took the rock out and with some of the same water.. i put it in a bowl, so i could get a beter shot at it, and some lighting.

Then i decided it would be a bit boring.. and added a shrimp who was unlucky enough to pass by and some very juvenile guppy's.

I regret that a little, because they might disturb the eggs. ( I think they are too small too eat them, but they could f@ck up the shot .. So maybe i should try to catch them again and take them out of the equation...

Here is a pic of the setup for the live stream, i turned off the light for this picture: 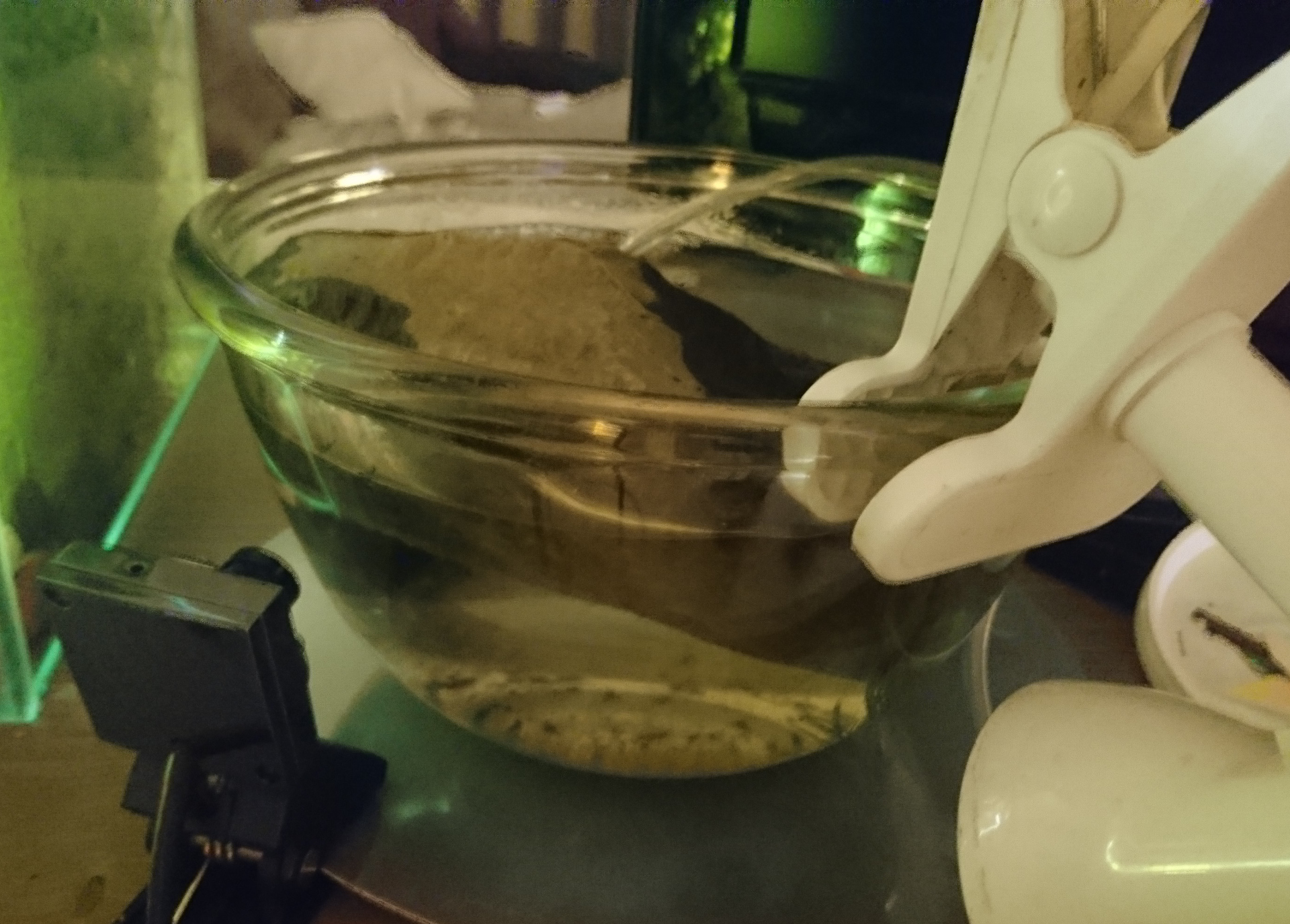 Cinderella Spitting Darth Vader ... And swimming away in all innocence.. 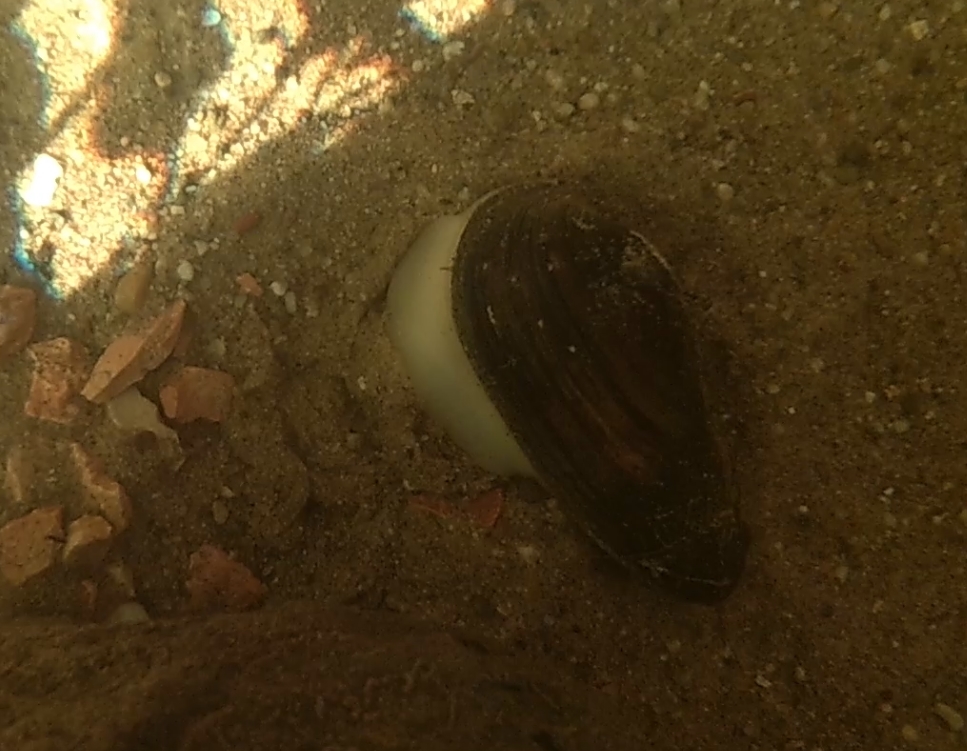 I know they reproduce by injecting there stuff into the water and that it gets attached to the fish, small fish can get affected by it, larger fish normally not.

I wonder.. what hap[pens after the "stuff" leaves the fish... what happens ?

Could we be looking at a tiny fresh water mussel colony ?

It looks to me like that water snail was pregnant, I see slug and snail eggs quite a bit with my work and they look like a good match.
I also have one of those little trees which I'm growing in a pot as a kind of bonsai, I had no idea they could grow water, I figured that with the large bulbous roots they were best suited to arid conditions! I'll have to make sure I water it more now..

Very cool set up you have there too.

Hi surfer_soul, don't over water your little tree yet! Although I got some rooting going on, its an experiment.

The tree reminded me of a mangrove tree... so i just sub-merged it to My will. ; )

As I am familiar with aquaponics, this is a bit the same. Its a mixture of air, water and microbiotics.
But because the plant is straight into the water with only rocks, there is maybe not enough "time" for the Nitrogen cycle,
It also depents on plant species, needs whats in your water.

A thumb rule: Only let the toes hit the water !

It could well be a type of mangrove, I just noticed the little Buddha you placed under your nice touch.
I've looked into aquaponics a bit myself, and from what I've seen, it could well be the future.

posted on Jan, 3 2017 @ 04:34 PM
link
I tried .. with a little net.. And with a suction hose to capture the baby guppy's .. without disturbing the rock or eggs..
I'm very cautious because some eggs already fell off when i inserted the rock in the bowl.

They say that with Aquaponics and enough light (and no frost ) you can feed a family of 4 with vegetables and fish, on 10 square meters!

Its no rocket science, its facilitating nature.

originally posted by: EartOccupant
They survived the night

Do you know what species of frogs you have?

I build vivariums as a hobby and have a fairly diverse collection of frogs, poison dart frogs, chorus frogs, even a couple horned frogs, and a few more. They breed and I get eggs all of the time. If you could tell me the species of frog and a close up of the eggs, I may be able to help

Hi tnx for your reply.

I can not get a closer shot on the eggs now without disturbing my setup.

I have the name of the frog for you : Hymenochirus boettgeri

One more to go and maybe i should remove the shrimp too...

But that would be even more boring ; )

Here you can see two of them, look careful at the bottom in the middle.

Usually they ignore each-other, i'v e not seem then interact besides some rear moments like this, just passing each-other