posted on Jan, 2 2017 @ 03:14 PM
link
I found/discovered a strange object on a Nasa Mars foto. The foto is back from oktober 2012, but after I googled what I found, it seems new to me. The objekt is really something, looking like a weird monkey/dog skull statue with horns in the side of the head and one horn in the front of the head. There are other "new" objects I found in the same foto, and a few objects already discovered by others.

All the fotos I will show you here is from Curiosity Sol 64, location Rocknest. 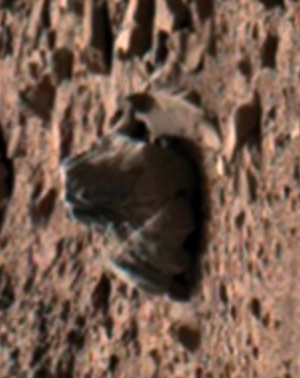 You will find the "skull statue" in the right side of the foto around the middle.It is lying down, but when you turn the image you get it clear. 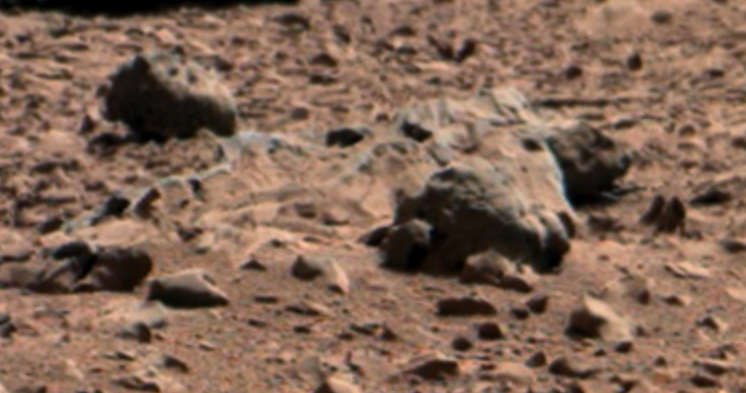 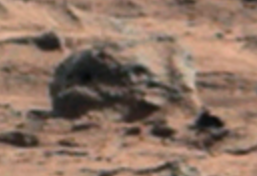 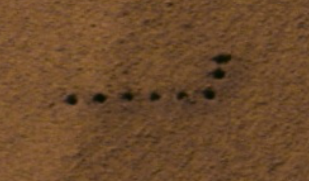 And the holes in the last picture are drill samples from the rover.

To me this is the most interesting of the lot. I'd be even more interested if the holes were evenly spaced and the shape was a right angle but it's a good find. I'm sure the others have been discussed here before. Sorry but I see rocks... 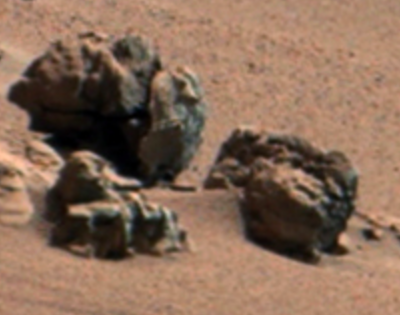 Did you notice the air brushed section were at least one object and part of the near terrain in a horizontal band has been obscured, it is pretty glaring, slightly below and about 3 quarters of the image to the right of your object of interest.
edit on 2-1-2017 by LABTECH767 because: (no reason given)

Can you link to the actual photo in NASA. The soil looks totally different than the picture linked to in the OP. I have not seen any fine sand pictures like this one till today.


IN the linked picture from NASA there is a two faced goat head laying out in the field.

The image is a mosaic. Any "airbrushing" is the result of stitching images.

posted on Jan, 2 2017 @ 04:11 PM
link
Sorry, I think the foto with all the holes, maybe is from another Sol, I will try find again All the others are for sure from Sol 64. All common sense tell me, it´s all just rocks, but I never ever have been finding so many look alike rocks on earth !

Fair enough though the area seem's asymetric, part's rise and part's fall and it is roughly horizontal with higher high focus nearer object's and high focus more distant object's behind it.
It may be as you say but is still highly intriguing and had me wondering it that area was obscurred but your answer is good enough with the exception it is not a band of the whole image just an area of the image, it could though be that when that section was filmed/photographed by the rover that it was just out of focus for some reason as you point out it being a mosaic of image's.

Still it is reminiscent of many blurred/obscured section's of other NASA imagery.


Superb link and you may have just stopped me making a monkey of myself.