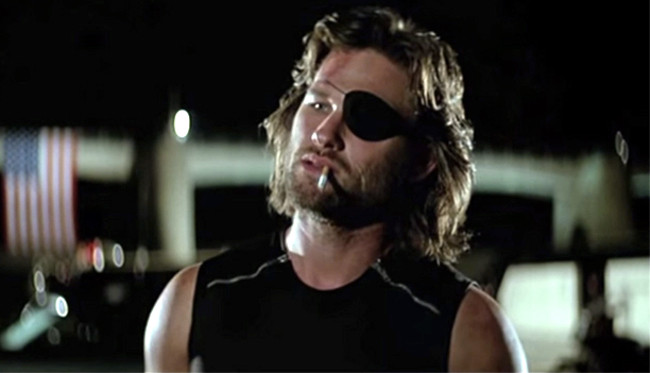 posted on Jan, 2 2017 @ 08:12 PM
link
I watched 60 min the police force in Chicago has given up. They are attacked and the communities are hostile towards them. They have gone to ignoring possible problems and wait until they get the 911 call. After watching this makes me wonder if that isn't the intent on all the attacks on the police. If they stop someone its racist if they shoot someone its racist then they have to constantly worried about being sued or prosecuted. After watching that show you couldn't pay me enough to to that job. Why are you going to put your life on the line for a community that hates you? But more to the point do you think this vilification of police departments is being done for a bigger goal?

Of course it is,

If you want something underhanded and dirty to be public facing, you don't forcefully put it into action, you make the people beg for a solution and come on the high horse and present the glorious fix and you become a hero and get what you want.

This is how congress and our government works.

Spooky action at a distance basically.

originally posted by: Krakatoa
Trump needs to send in this guy........ Call him Snake!

You can't kill the real Plisskin!

"Obama ignored the 4,000 murders in Chicago,but UNHESITATINGLY rushed into the Trayvon Martin,Ferguson,etc,issues"

Quoted from a poster on another news site-but really needs to be remembered and taught to children for generations to come.

I live 20mins from where that happened and a coworker lives in that same apartment complex. The burglaries stopped after that happened. Trayvon was part of a 3 man burglary team. A vacant apartment was the drop site for everything that was stolen which was later found. Media didnt report any of that.
edit on 2-1-2017 by staticfl because: added quote

Well said man, I was wondering the same thing. Black people and bias cops have had issues for a long time. Its just becoming mainstream now. Yet, i think that issue is now becoming an excuse to vilify all cops in poor mostly-black communities.

Bigger agenda? Maybe ... Divide and conquer has always been the best tactic amongst the powerful few.

originally posted by: annoyedpharmacist
Was offered a job for just about double to move to Chicago.....turned it down without a second thought.

Most of these shootings are in the south side of chicago. I bet most people feel relativly safe in northern chicago and the city.


Last time I was in 5 people got shot. Coincidence?

It's a Mason thing?


originally posted by: fencesitter85
Your post is one of the most digusting things I've read in a long time. I sincerely hope you never find yourself on welfare through no fault of your own. Sick individual.


I get that from time-to-time.

I find it unfortunate that there are some folks who are just too dumb to see that doing it your way doesn't work, it's never worked, and can't be made to work. They fail to realize what human nature devolves down to.

Punishing all the innocent people (the majority) because of the criminal minority is not a solution any rational, decent human being would condone.


originally posted by: CB328
Hm, this can't be true because we were told by all the conservatives on this site that overturning their gun ban would end the violence.

uh, the police stopped doing their job.
unless you are advocating roving armed community watches?

The Police STOPPED doing their jobs? Exactly how do you see that happening? Did all the cops get together one morning and said "you know what, lets stop doing our jobs...we could never be fired for that".

Or more likely...their hands were tied by a liberal government that didn't want people arrested, stopped or shot because that doesn't fit the liberal "dream". They weren't allowed to do their jobs, stop illegals and deport them, frisk gang members for illegal guns, successfully prosecute within a liberal (ie. "he isn't a bad guy") court system and maybe...just maybe...deciding that giving up their lives and the destruction of their families wasn't worth supporting a government that WOULDN'T SUPPORT THEM!

In court filings, Zambada has already made the explosive claim that he was working as a secret informant for the DEA. In exchange for information on rival drug lords, he says, U.S. authorities offered him immunity from prosecution and turned a blind eye toward the Sinaloa cartel’s illegal activities. (Prosecutors deny these allegations.)


According to former officials and drug kingpins, the agreements between Sinaloa and Washington also allowed the criminal empire to ship multi-ton quantities of hard drugs across the border into the United States. In all, El Universal said there had been at least 50 meetings in Mexico between U.S. government agents and senior Sinaloa bosses, along with many more phone calls and e-mails. The criminal syndicate’s leaders “were given carte blanche to continue to smuggle tons of illicit drugs into Chicago and the rest of the United States and were also protected by the United States government from arrest and prosecution,” Zambada-Niebla’s court filings state, adding that the U.S. government has the documents proving it. “Indeed, United States government agents aided the leaders of the Sinaloa Cartel.”

In a newly filed lawsuit, two Chicago police officers claim they saw corruption first-hand during an undercover operation which led to the arrest and conviction of two narcotics officers

“I remember reporting to fugitive apprehension and a supervisor told me, ‘You’re not getting backup. The team is not going to back you up. You guys want to put supervisors in jail. I hate to be the one to knock on your door and tell your daughter you’re coming home in a box,’” Spalding said, detailing an example of the retaliation she and Echeverria faced.

“Another incident, another supervisor from the same unit said, ‘There are command officers that are so angry with you that you better be careful coming and going from your personal car when you report and leave from the police station or the unit. Wear your vest because they can shoot you from across the parking lot. They will.’”

If the brass at the top wanted to fix this, they could and they would. But they don't, because they are the problem. Rather, we'll just play the divide-and-conquer game.... such good little foot soldiers...

I am going to be there tomorrow. Last time I was in 5 people got shot. Coincidence?

Are you freelancing again?

originally posted by: Realtruth
Are you freelancing again?

originally posted by: Cohen the Barbarian
a reply to: annoyedpharmacist

Like someone said upthread, it's not the Fed's problem. For starters Rahm is an idiot. If the CPD can't handle it then it's up to the governor to call up the Illinois National Guard to police the streets in the problem areas.


The feds stick their nose in when "civil rights" are violated and make the local police comply. Is being alive not a "civil right"?

posted on Jan, 3 2017 @ 01:45 PM
link
a reply to: xuenchen
i wonder how many of those confiscated weapons were taken from people who bought them legally and had a concealed carry permit but got stopped in shy town by the cops and when they told they had a firearm and license were informed that hand guns are not allowed in windy city. Chicago has some of if not the strictest gun bans in the country so the bad guys know they can do what they want because public can't fight back and the cops response times are so slow, i say the governor needs to step up and let Illinois be an open carry state if you can legally by a hand gun you should be able to carry said hand gun in all the states cities. trouble is these big cities feel like they are so large they should be able to make laws just like a state would yes NY i am talking about you. the state governors need to take all this excessive powers back from cities. if i was to fight this problem i would allow open carry with a permit. i would put more police on the street and i would put emergency box kiosk all over the city with ctv. plus drop all vice action against dealers of mary jane and have them concentrate on dealers or harder drugs and human trafficking.

All the confiscated guns were "illegal".

I had not heard ANYTHING about that.
Could you send a link?