This time it's Valerie Jarrett saying Obama hasn't had any scandals !!!

Valerie Jarrett is a well known Democrat favorite liar who has no misgivings. 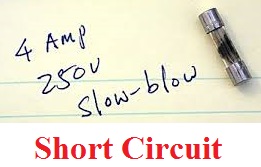 
President Obama has been squeaky clean, according to his closest adviser, Valerie Jarrett.

“The president prides himself on the fact that his administration hasn’t had a scandal and he hasn’t done something to embarrass himself,” Jarrett said in an interview broadcast on CNN Sunday.

The aide, also a close friend of Obama and his wife Michelle, credited the first couple with being good people and getting good results.

“That’s because that’s who he is—that’s who they are — and I think that’s what really resonates with the American people,” Jarrett said. 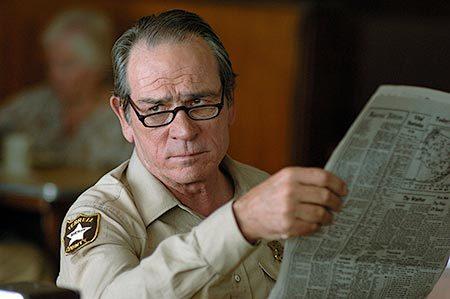 originally posted by: gription
a reply to: xuenchen

posted on Jan, 1 2017 @ 09:37 PM
link
Well, there's been a whole bunch of witch-hunts, smear campaigns, fake news and fabricated scandals.
As for actual scandals and wrongdoings; outside of Breitbartland and the alt(neo-nazi)right, Obama is squeaky clean.


Feel free to post links to a fake-news site or two though. You'll only be proving me right.
edit on 1/1/17 by NotTooHappy because: spelling

originally posted by: BlueJacket
a reply to: xuenchen


Unfortunately "Hillary" does not count as 4 scandals. Only Hillary issue that may be applied is the email server scandal but ONLY if Obama actually knowingly sent classified information to her server. Which is speculation.

Also the other's you've listed aren't really scandals at all.

I think his only major scandal was Benghazi. Also the Iran hostage deal was a pretty big mistake by the Obama Administration as well, but they stand firm that the transfer of funds and the release of hostages were unrelated. I'm not suggesting they're telling the truth, but if we even accept the fact that it's possible they are telling the truth, then it's not really a concrete scandal.

Though truth with these scandals tends to reveal itself in the years following a presidency, after the president's administration loses focus on keeping the facts covered up.

He's not scandal-free (other posters have already provided lists of Obama scandals in this thread) and he also holds a doctorate as a world-class BS extraordinaire.....

"I can say with confidence there has never been a man or a woman — not me, not Bill [Clinton], nobody — more qualified than Hillary Clinton to serve as president of the United States of America"

NB: We shall see if anything in the future manifests itself which may contradict his closest advisers assessment.

Those were definitely all scandals. Hillary easily covers 4 lets see email server, lying about email being handed over, lying about no classified emails, lets toss in pay to play?

I can go on and its not speculation that Obama corresponded with her as wikileaks exposed that, not to mention how absurd it is to believe the president didnt email his highest diplomat once in 4 years?

You don consider running guns to Mexican cartels a scandal? How about when those guns killed at least 1 American?

The IRS targeting citizens due to political persuasion isnt scandalous?

Letting your own ambassador be murd ered and then try to cover it up?

Yeah no scandals there

The Fast & Furious scandal I don't know enough about, so let's just call that a scandal.

The IRS thing is an IRS scandal. Not every government scandal while Obama is in office is an Obama scandal.

And I already said Benghazi is an Obama Administration Scandal.

By Obama having knowledge of her use of an unsecured server for classified communication and her other misdeeds it does make him complicit wouldnt you say?

And if you read the quoted section of the source Obama was speaking of his "administration " not just him personally.
edit on 1-1-2017 by BlueJacket because: Sp

posted on Jan, 1 2017 @ 10:38 PM
link
The fact he helped destabilise Libya, Egypt and Syria and create ISIS is a scandal worthy enough to be shot over.

The origins of ISIS go back to 1999 when Abu Musab al-Zarqawi founded Jamāʻat al-Tawḥīd wa-al-Jihād. The Islamic State of Iraq(ISI) proper dates back to 2006.
Here's a breif history of ISIS if you want to learn the truth:
LINK
Or, you can just keep telling lies about President Obama too I guess.
edit on 1/1/17 by NotTooHappy because: Added a link

This is like Kim Un telling his country he was the first man to walk on the moon.. Obama is good at ludicrous lies. He must truly have a real narcissist complex to believe that anyone could entertain any of his ludicrous lies. Even after Trump winning he is still as fully deluded as before the election..

You know something dude?

Don't bother buddy. Thick heads and you will only end up beating your own against a wall.
They can't name a real scandal so they will make stuff up.
Because they don't verify info they believe everybody digests information the same way. They don't think you will verify the info either.