Seven Ways Obama Is Trying to Sabotage the Trump Administration

Is he? What are you basing such an accusation on? Is there a track record of self vandalizing among the Cheney's?


She's almost as HOT as Michelle Obama would be if she posed like that.


GOD...I hope that was sarcasm and not blindness

Michelle is much hotter: the brain is the sexiest part of a human being.


WOW...It must be. Because there is no damn way you have any interest in beauty or a sexy figure.

And you have the taste of a vulgarian. That's why you support Trump.


I accept that humans are not perfect. They are sometimes stupid, vulgar and ugly. But in addition to other nice traits, I recognize as what we are. I accept us for what we are. And as we grow "better" and learn from our experience, I will support those to support our people and our country. Those who want the best for us and our families and NOT the ones who wish to use the people for their own agendas and their own benefits.

PS: And like most people...I like a pretty face, an attractive figure and...when speaking of Michelle Obama...a woman who DOESN'T have a penis.
edit on 1/3/2017 by WeAreAWAKE because: (no reason given)

So you voted for the corrupt, cheating liar who is a Russian puppet as well as a crook?

PS: And like most people...I like a pretty face, an attractive figure and...when speaking of Michelle Obama...a woman who DOESN'T have a penis.

originally posted by: DJW001
a reply to: WeAreAWAKE

So you voted for the corrupt, cheating liar who is a Russian puppet as well as a crook?

PS: And like most people...I like a pretty face, an attractive figure and...when speaking of Michelle Obama...a woman who DOESN'T have a penis.

Did I call you a vulgarian? I apologize... to the vulgarians out there.

Well...at least I made your day! And speaking of liars, feel free to prove that your choice of "corrupt", "cheating liar" and "Russian puppet" using facts and not just your hormonal outrage that we now have a President with balls!

No just the W key part. It was cute.

No just the W key part. It was cute.


Oh...it was absolutely cute and funny. Not sure about the damage, cost and unprofessional action...but cute none-the-less. Something I would do.

posted on Jan, 3 2017 @ 08:43 AM
link
I wonder if all this talk about Russia hacking might eventually lead back to the name of Seth Rich. I say that because Assange was very very concerned about his murder, and appears to have come closer to naming a source in that case than he ever has.

That would be very interesting if it turns out that Rich was the source of the DNC leak.

It would indeed. What would be even more interesting is if it turned out to not be Seth Rich.

Then it would turn Assange's whole $20k reward scenario on its head. Why go through the trouble if it wasn't your source? Publicity stunt?

I'm a big fan of Assange by the way, in case there was any doubt. I'm just skeptical by nature.


She's almost as HOT as Michelle Obama would be if she posed like that. 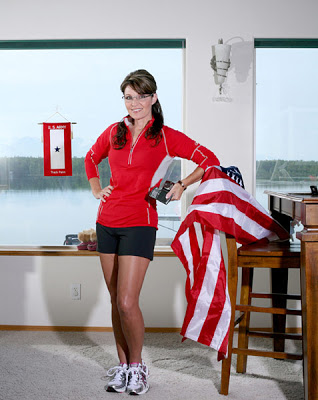 Ohh Yeah We Almost Had Sarah Palin as a Vice President !
Dumb as a Box of Rocks.. and totally Ignorant .. Clueless Bobby Head..
But she's Sexy!

Not a Fan of Mr Moore 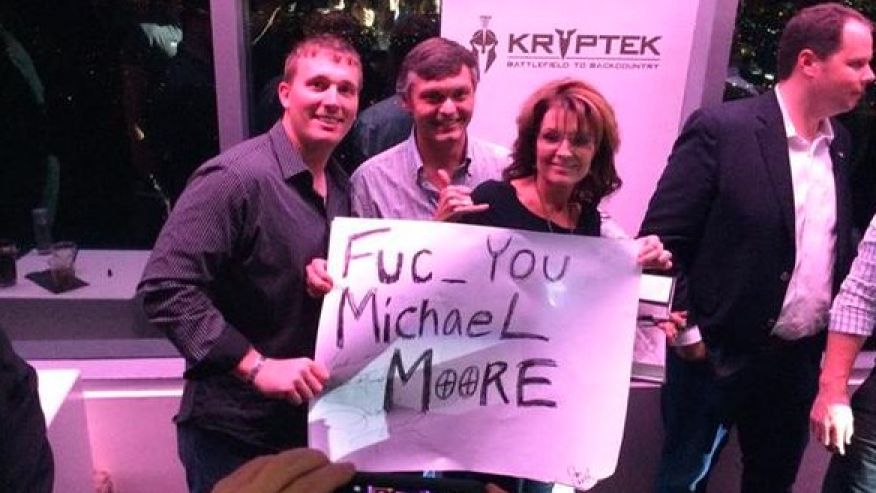 But a Fan of Duck Dynasty Obviously, They're in the same Camp 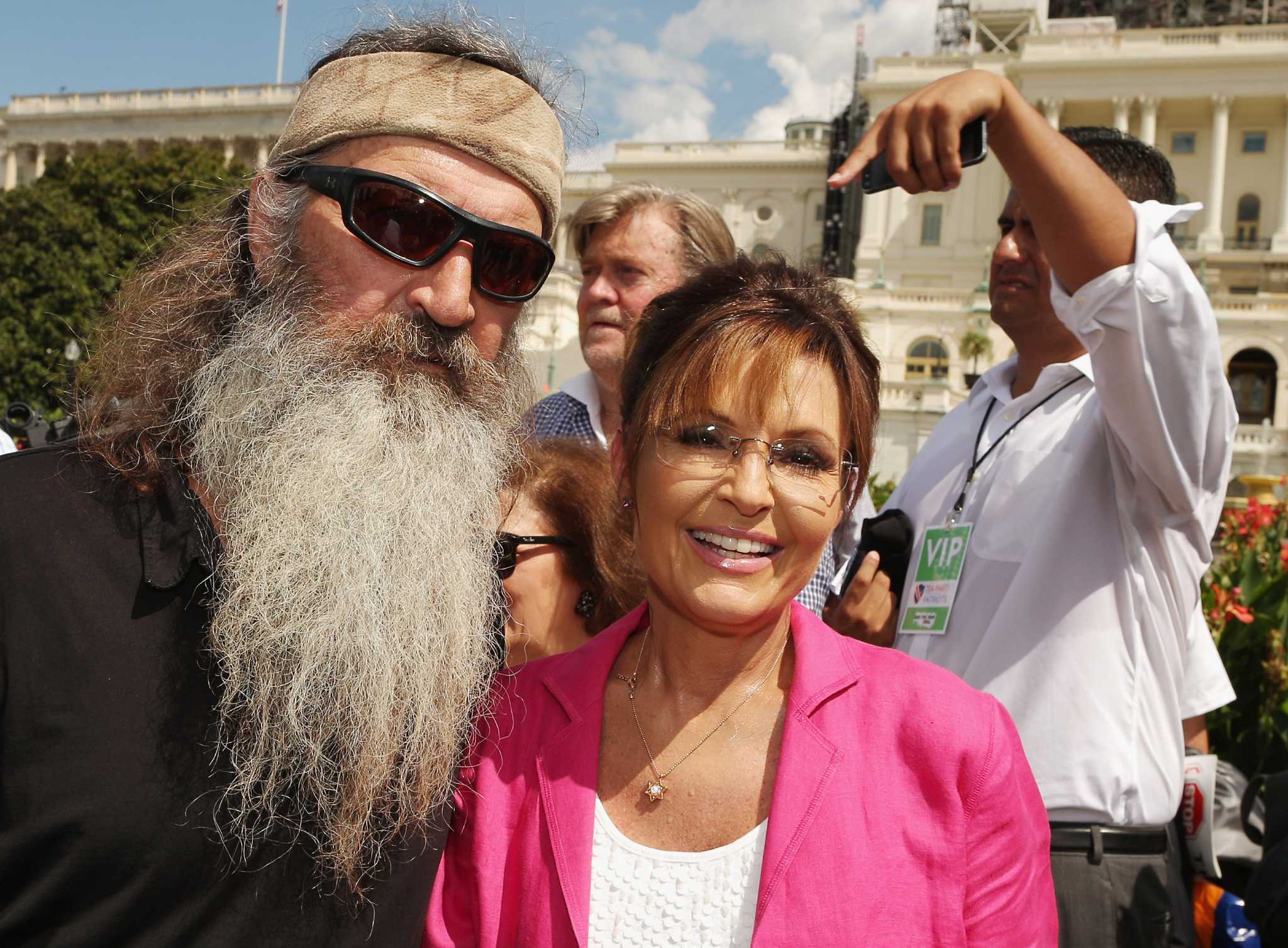 Joan rivers agreed with this guy.

originally posted by: UKTruth
Not sure if this is true - we'll have to wait and see - but Trump has apparently been working with his legal team on cancelling Obama's executive orders and they have come up with a single executive order that basically states that ALL executive orders put in place from Jan 2009 to Jan 20th 2017 are voided.

This is everything - including all lands categorised for federal protection and all immigration orders to protect illegals - all with one signature.

I so hope this is true

I so hope this is true. What is your source? Keeping my fingers crossed.

So not only do you think about it, you also look at pictures and video of a woman you believe has a penis? Is that what you like?

posted on Jan, 3 2017 @ 11:41 AM
link
a reply to: hellobruce
And here in lies the problem , people expect a president , leader ,some religious leader , to sort out all of there country's problems . In the same instance nations are being fractured by the people that lets be honest do not really care about what you or I think . To fix problems we need to start at a base level , that is purely on a person to person level first .who cares what team you are backing , republican ,democrat .when people start to realise they are being frauded by thinking they have freedom to decide who RULES them ,then we will see change .america had a choice between a war monger , egotistical maniac with no real concept of what is happening in the country they are supposed to be helping ,and a guy who has no control over why he does that should never had been allowed to to stand for the highest job in the land (allegedly) .
Yet America voted for one of these clown shoes , yes got up off there asses and actually went out of there way to vote for two people who shouldn't be allowed to own a computer never mind be in charge of a nation with trillions of dollars of military might . Obama can change laws as he pleases before leaving office ,it doesn't matter in the long run ,America is torn apart already .

Sure needed those tax returns to win didn't he. I cannot believe people are still talking about that. It was never an issue and in the past it was used by the establishment to sway votes. Make commericals. Millions were spent saying he never paid taxes and he still won. I could care less. If he paid no taxes in the last 20 years he is the smartest mofo on the planet.

The worst thing is Obama used to blame Bush. Now he is blaming someone who is not even in office. Obama is a tool and will go down in history as a simple footnote.

What scares me the most is this is similar to what happened with Clinton/Bush. What happened 8 months later after 'information' was not transferred based on partisan pissing contests was 9/11.

The government agencies right now are complaining about requests from Trumps team to transition but at the same time say the Trump team is not informed.

The corruption that will be found in the next year will actually be worse than anyone could have imagined.

He's throwing a first rate temper antrum, isn't he? It's like watching a spoiled toddler. I did enjoy reading Putin's verbal smackdown! He basically called him a child, and said he's waiting for an adult in office, in so many words!!


Really Putin finally called Trump a Child? Wow, I didn't think Putin would pull that out till after the 20th.

Not directly, but the implication was there!

Although we have the right to retaliate, we will not resort to irresponsible ‘kitchen’ diplomacy but will plan our further steps to restore Russian-US relations based on the policies of the Trump Administration.

Truly classic!! Basically, he's waiting for an adult to take office, and refusing to respond to the temper fit. Hence the "in so many words", from me.

Do you not realize that Putin was referring to Obama and not Trump? Putin's implication was directed at Obama, not Trump.


Looks like Trumpets are already blaming all Trump's failures on anyone.anything else rather than their God Emperor!

What's that supposed to mean?