2. Very exciting comrades! You really like the word comrades... are you Russian? Did you hack the election?

3. from hacking ordered by the "new king's" Russian benefactors. We do not have a king. Another total fabrication and lie

Your bias is very clear and unmistakable... I usually ignore your trash threads, but the BS is getting really really old.


originally posted by: Ohanka
The text in the OP is not worth a response.


out with the old, and in the with same old

ColaTesla
+18 more
posted on Jan, 1 2017 @ 04:25 PM
link
Dear lord, The election was last year, You embarrassed yourself to the whole of ATS and OP's like this wont help you save face.

Guess that was a lie too.

posted on Jan, 1 2017 @ 04:34 PM
link
Well this new revelation is triggering the irresistible urge to just believe the Russians did it !!

IgnoranceIsntBlisss
+8 more
posted on Jan, 1 2017 @ 04:35 PM
link
She lost the election when she sent the Paid Riot Squads to the Trump rallies. And you know this. But you'll never admit it. You approve of Hitlery's Brownshirts, just admit it already.

To be fair, #DaddyWillSaveUs was actually a hashtag used by Milo and friends so I can't take credit. 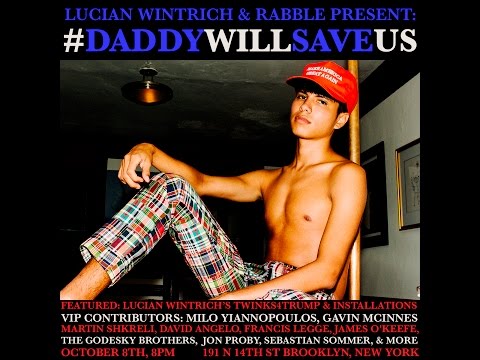 The polling data wasn't fake. The polling data wasn't useful for predicting the outcome of the election. That's an important distinction that is purposefully being muddled by Trump's propaganda team. As I've pointed out a number of times, the Trump internal polling tracked with the polls reported in the media right up to and including the morning of the election where his campaign's own internal polling showed him losing — just like the polls you're now calling fake.

go Black Hawks for me and I like the Pens too . I have watched a few good caps games though . I think it may have had more to do with some of the starr players ,but the whole team was sparking an all plugs ,or at least the few games I watched . using the hockey metaphor team dnc may have had a few covert players who were only in suit . Remember Barbour of the phils . he had hockey diving down to a art . drew a ton of penalties . the dnc gang surely didn't have to deal with the many press stuff or the crowds because they didn't seem to have many places they played . but then again they had some leaked s$.. from inside and it probably is a rep. posing as a dem . the inside had all the access and it was a pint of them hiding from the emails and in a defensive mode . even a bernie boy may have made the call as a insider .

No. Because if he was talking about the DNC actively supporting Clinton over Sanders, then he'd run the risk of painting himself into a corner and having to admit that Bernie Sanders would have wiped the floor with Der Orange Fuhrer.

Time to move on or move out. The msm propaganda didn't work during the election and somehow you think your kind of apparent bias against Trump will change things? You libs are old news and "fake news". You can go back your vegan meal now. The heartland and working class has already voted for our next president. Buh bye.

Donald Trump winning the election makes him the next President of the United States of America. It doesn't mean that people who trigger you have to shut up now. I'm sorry, but #DaddyWontSaveYou from my hurtful words.

It's interesting that you've concluded that I'm a vegan because I'm critical of Donald Trump, a loser who eats his steak well done.

Being a man with normal sized hands, I eat my steak rare. Donald Trump on the other tiny hand, might as well be a vegan since he's crunching down dryly on tasteless charcoal briquettes anyway and wasting good beef.


Wow.
Talk about being triggered.

The election is over. Move on, please.

Is that a thing? After the election we're all supposed to stop being critical of the winning candidate, his terrible appointments and the gaggle of liars in his orbit spewing nonsense into microphones?

Did it ever occur to you that maybe President-elect Trump should move on from the election? He seems to be stuck in election mode right down to his stupid mouthpieces saying stupid s# on national television that is far more befitting a campaign than an incoming administration.

FFS. He's going to be the President in less than three weeks, the actual response to Russia will be in his hands beyond sending a plane load of diplomats back to Moscow.

Now is the time for him to grow a pair and stop denying reality out of a fear of being perceived as illegitimate.

No need, as people whom are both war criminals and treasonous traitors usually face the firing squad.

The reason I called the poll data fake is because they simply did not reflect the noise of the internet I was seeing, reading & watching everyday since Trump announced he was running - reddit, FB, twitter, instagram, here, almost all outlets had lots of Trump support - lots. I read & watched it with my own eyes (just like you) inlieu of being spoon-fed what the propagandists want the citizens to know - the same propagandists that were hanging their hats on the polling data whilst ignoring the aforementioned internet noise saying otherwise.

Stoopid Aussie on the other side of the planet could see, hear and feel that noise ("c'mon feel the noise") but MSM couldn't? Doubtful - they were just not interested in truth, they had an agenda to put Hillary in office by hook or by crook and in doing so they have exposed themselves for who they are - totally untrustworthy and so to be avoided as 'source' from here on in.

Maybe 'intentionally inaccurate' would have been better to use than 'fake', but you get my point - Hillary is getting her punishment, even as we type crap to each other today she is feeling the Bern.

posted on Jan, 1 2017 @ 05:21 PM
link
I do think the MSM needs a spotlight shined on them more. Did they give the GOP questions to the debates? Allow them to edit and approve articles? The election fraud that occurred this past time was mostly a domestic issue. Russia had no more influence then every other nation in this world did. Everyone had their opinions and some with $$$ were throwing it all over to influence our elections.

originally posted by: IgnoranceIsntBlisss
a reply to: CynConcepts

Well, Truthfully, I was looking more at third parties this year more than ever before. As a matter of fact, they did make news more than usual. Unfortunately, the more I listened to them speak...the more I was forced to to look at Trump more seriously!

Clinton wasn't my first choice. I actually voted for Sanders in the primary. Despite my high opinion of Sanders in some regards, he wasn't exactly my idea of an ideal candidate either. To be honest, I would have taken a number of the GOP candidates over Donald Trump.

How did Clinton lose to Trump? There's no single reason but of the many important factors, most of them were her own doing. To name a few that were squarely on her shoulders:

- The email server and her lies about it.

- The Clinton Foundation and her own failure to live up to her promise of severing ties between herself/her staff and the foundation.

- Taking for granted traditional Democrat strongholds and mistakes in campaigning like not holding press conferences for months.

There are other factors for which the blame lies with her and others less so but it's all rather irrelevant. The election is over. Clinton is done. Finished. She'll never run for office again. Donald Trump on the other hand will be the President in a few short weeks and Russian hacking isn't going to stop being a threat just because Putin's preferred candidate is in the White House.

How is it that the Trump faithful forget that the current administration went full bore in ts efforts to improve relations with Russia for years?

Trump is base, borderline mentally impaired, and unable to form thoughts on his own (at least inoffensive ones). Yet, he won the election. how could she/she have lost to such an idiot?

I make that answer to be the people who voted for him are similar to those who hold that Alzheimer's ridden derelict with the tarot reading wife up as the Golden Boy of conservative politics.