When "THEY" shut down the Internet, where will we go?

posted on Jan, 1 2017 @ 09:34 AM
link
So like many of you i have been running through various imaginary scenarios where TPTB might try one last desperate attempt to hold onto power and we all know that the MOST desperate attempt would likely invoke some kind of "nuclear option" which could be a true disaster on a scale we havent seen perhaps ever before.

I was wargaming this with my mother the other day and she agreed with my premise. Imagine waking up one day to find out the internet is down across the country if not most of the world. Obama and other government hacks are on the MSM telling us the Russians or some other State Actor launched a strike upon our electronic infrastructure (a cyber attack or otherwise) and that our government had already retaliated according to established military doctrine. We would literally be beholden to whatever they decided to tell us, without access to any alternative information outlets. So all of the sudden we find ourselves literally in the midst of an all out declaration of war and we have no way to talk to each other, no way to organize, no way to find out if what we are being told is even true. This would be like taking candy from a baby. As powerful as we think we are, without a communications backup like similar to the internet we would all go into hunker down mode and ride it out, not realizing perhaps that we COULD actually stage massive protests or do something about it.

So, its nothing new, but i'm suggesting that we really need to discuss the feasibility of a backup communications system that allows for data, perhaps over shortwave or HAM etc. Obviously licensing is an issue, so for most people HAM would be out of the running, so what instead? Shortwave?

Here are a couple alternative networking models others have talked about, and as far as i could ascertain to date there is not real functioning system.

I woudl really like to hear from those who have some knowledge in routing packets of information over an informal "backbone" or distributed internet type model and how it would work or if anyone knows of any other method we could use IMMEDIATELY to circumvent the controls over information availability.

posted on Jan, 1 2017 @ 09:44 AM
link
Intuitive knowing will settle in as we are forced to refine our senses, many are working on that right now. Not taking news stories to be the truth, is a start. We know images and sound can be manipulated fully, so how can we rely on that format any more?a reply to: tribal

Christosterone
+2 more
posted on Jan, 1 2017 @ 09:49 AM
link
Those in power are entirely too smart to make sweeping regulations which would draw attention…

Instead they will slowly erode our freedoms at such a slow and steady pace most won't even notice...

I read a survey the other day wherein an alarmingly high percentage of college students do not subscribe to the tenants of the US Constitution nor do they believe in American exceptionalism nor do they mind silencing speech not in adherence to their worldview...

The age of free speech is ending and has been for many years...

Take pizzagate for example..that term is being "monitored" on ATS, a freaking conspiracy site for Christ sake…

So bask in the glory of our freedom today because tomorrow it will be gone...

posted on Jan, 1 2017 @ 09:56 AM
link
Any sort of tcp/ip based system aka the internet will need some form of controls in place as two people cannot have the same IP address as it would cause all sorts of problems.

The internet is very resilient by design as it was designed for nuke strikes on the US military but there are other forms of communications like the internationally agreed X25 packet switching system.

It would be very hard to shut down the internet in its entirety as a lot of the same comms equipment is used for all sorts of things like phone (land/mobile) and then you still need that for things like emergency services etc.

That's ridiculous. Nobody will shut down internet, it will become more controlled. That's all.

A cosmic event or similar could shut down the internet.

Again, "they" would never shut down the Internet...

I believe the outcome is a direct success of an ongoing agenda.

An agenda that would have been implimented once America was looked at as the leader of the world. Because a country that powerful should not be free. For the rest of the world may want to follow suit. Not good for kings and popes.
edit on 1-1-2017 by VinylTyrant because: (no reason given)

An agenda that would have been implimented once America was looked at as the leader of the world. Because a country that powerful should not be free. For the rest of the world may want to follow suit. Not good for kings and popes.

Exactly...look at France in the aftermath of the American Revolution...

Pure chaos...
And in the end, a violent fiasco…

As Napoleon said "they wanted me to be another George Washington but I couldn't… How can anyone?"

im genuinely interested in knowing how they could not shut down the internet either in whole or in part. Isnt it possible to limit peoples access to certain websites? Couldnt they expand that kind of blacklisting to include almost everything except "approved" websites? In that case wouldnt we be limited to social media?

No matter how unlikely it is they would do something as over the top as "shutting down the internet" how can we be ok with not having any real alternative just in case? Personally im a big fan of redundancy and even though there are those saying the internet itself has built in redundancy I dont see how that works if the gov or someone else instructs the relatively few backbones to limit all traffic except COG continuity of government or other official traffic. Seems like it would be stupidly easy to have a list of "official" IPs that are allowed and just lock out everything else and it would have the same basic effect as shutting the whole thing down. Or?

I'll give you just one example why :

All the millions we spend online with places like Amazon or eBay (just to mention 2). Shutting down internet would make a huge damage to the economy.

posted on Jan, 1 2017 @ 10:27 AM
link
I would think business, large and small, would have something to say about loss of internet sales, plus some of us still have a land line...

I suspect I am going to hell not very long after .

originally posted by: testingtesting
a reply to: tribal 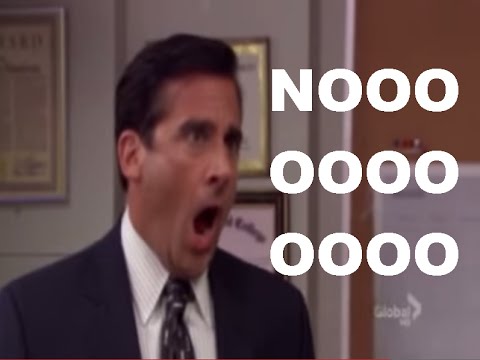 Don't worry they have invented sun cream so we will not burn up.

If and when things break down, communication will be vital. Cell phones and internet will be gone first hour.
Blocking ham radio is a lot harder- there's a reason it's regulated and breaking regulations are punishable with a heavy fine. It's expensive to get into, and you need to pass a test to get a license to be legal m might even need it to buy gear, I'm not sure.

originally posted by: the2ofusr1
a reply to: Trueman

I agree. TPTB wants us to use social media. That's why I don't like Facebook and similars. I know what you may be thinking but at least ATS offers culture.

posted on Jan, 1 2017 @ 11:02 AM
link
I'm not sure if we we will ever see it shut down. We do know, however, there have been repeated attempts to sensor and limit access and free speech on the web. The "fake news" narrative, that is suddenly all the rage, is just the latest attempt.
They will never stop in their pursuit to sensor the net and/or create some type of pay to plAy
System to gain control over the populace mind once again.