Sources? Or are you just making this up off the top of your head?

Nah I just make all this stuff up. Here is his real dad 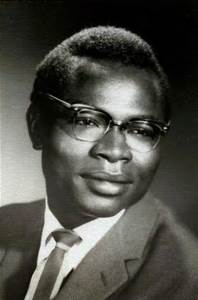 See the resemblance? LMAO
Not this guy 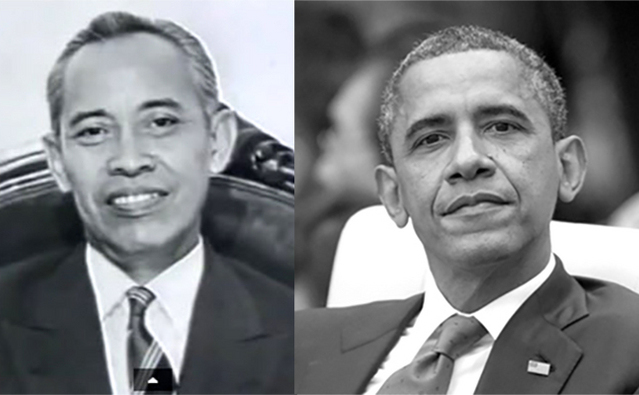 The birth cert is real..... There is that what you want to hear?

Obamas mother is an American, so Obama is also.
Where was he born? I never could determine. The smoking gun is that there is no birth cert except the fake one. Why? The Obama relatives said he was born in Kenya. Why?
Loretta Fuddy is dead. Why?

I suspect she immediately hooked up with Barack senior soon after leaving Jakarta Indonesia, and he likely thought the kid was his, until it was born. Barack senior apparently rejected him. Who named him Soebarka ( listed on his moms passport?) and why?
I have my birth certs the hospital provided one with the footprints, and the legal one. I also have all 3 of my childrens birth certs in my safe. They are important docs. You don't throw those away. I was born before barry was. I was born here in California and have plenty of proof, and nobody has to die

posted on Dec, 30 2016 @ 06:24 PM
link
The fact that, after nearly nine years of this crap, people are still going for it shows that idiocracy is alive and well.

Did you ever research the layering and typeset? There is something wrong there. Very wrong. You have to look at it.

There are a lot of things most people will tell you are untrue. Say sasquatch for instance... Make believe right? Not so. One of my friend just had a up close encounter with one in Northern Cali on Ettersburg road in Garberville area. 20 feet. It pursued and tried to cut him off on a hair pin turn. He was certain it could flip his truck and put the pedal to the metal. People will tell you that is nonsense, fabrication, embellishment, etc. Its not. Just because a majority of people say something is false doesn't make it false.


Completely useless to me. I asked for sources and you provided none.
edit on 12/30/2016 by Blueracer because: Niced it up.

You will have a greater appreciation if you look for yourself as I did. Its there, Google is your friend

Hating Obama has nothing to do with the issue of forged federal docs.

posted on Dec, 30 2016 @ 07:28 PM
link
Barack has only a small amount of African in his bloodline. That is from his mothers side. Her ancestor is John Punch, the first African slave in America. He was an indentured servant who decided not to work off his debt, and ran away instead. He was caught and brought to court, and made a life long slave due to his behavior, Bad blood
His real Biological father is Indonesian. Barack tricked America into thinking he was half Kenyan.

Sounds like Obama is/was a candidate that was made up to further a cause, just what cause?

He sure isn't riding out the last weeks of his presidency with dignity.

That's a cop out. I don't go on wild goose chases.

Rumor has it an Indonesian Woman of Black heritage is the Mother.

Lolo Soetoro was involved in the legal transfer and Hawaii laws at the time allowed a BC (and announcements in newspapers) to be issued by court order and sealed.

Ann Dunham married Lolo Soetoro after the adoption and divorce from Obama Sr.

Why they waited to marry and why Obama Sr. was used for the legal adoption is a question that might lead to Lolo Soetoro's involvements in Indonesian government operations in Hawaii.

A big question as to why Obama had to forge a certificate is maybe the real BC indicates his place of birth.

That would be a major problem.

Never going to get that. We could hardly get any info about Obama, and that lead me to think that he was never properly vetted.

originally posted by: neformore
The fact that, after nearly nine years of this crap, people are still going for it shows that idiocracy is alive and well.


I wouldn't call it hatred. It is a dislike though. I dislike liars. I dislike liars in both parties. The bushes, McCain, Kerry, Obamas, Clintons, Cheney, etc. Just the people I put under the microscope and found things on. It has to do with them personally. Their behavior. Not some Republican/ Democrat nonsense. They can call themselves whatever they want. Many are secretly globalists, and worse.

Wow I can honestly say I've learned something today. Thank you. That is pretty undeniable.

Research is ongoing by a law firm that has a client investigating the adoption.

I think the client is an author ( I know somebody working on the research ).

I understand the book will be published in 2017.

I understand from somebody that the sealed records have been seen and photographed (illegally).

They are trying to get the records (legally) unsealed to provide the real proof.

The book will settle the whole thing once and for all.