A Heartwarming Tale of Kindness and Generosity

posted on Dec, 30 2016 @ 07:46 AM
link
I found this a heartwarming tale and a reminder of what this season is really about , it's a tale of a homeless man and 2 Swedish tourists who on a visit to Scotland happened upon him and ended up taking him home to Sweden for Christmas , an act of pure kindness , generosity and friendship.


Jimmy Fraser, 54, was begging on a busy street in the Scottish Capital when Swedish sisters Annis, 37, and Emma, 31, Lindqvist asked him for directions to a pub.
From that moment, an unlikely friendship blossomed, as Annis and Jimmy stayed in touch by text after swapping numbers when she returned to say goodbye.
Annis invited Jimmy home for Christmas, and even went as far as buying his tickets and sending money for a new passport to help make it happen. 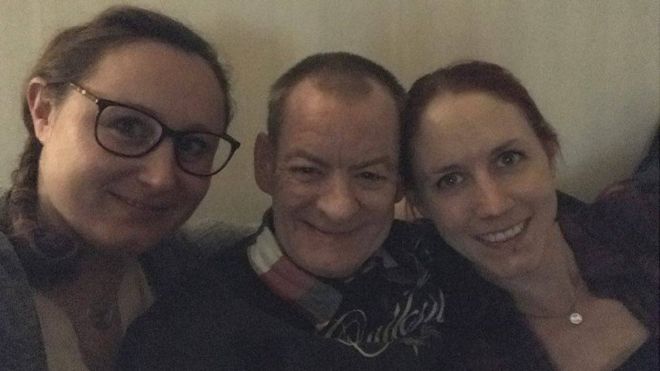 Now back in the Capital, Jimmy - who moved to Edinburgh 13 years ago after a family breakdown left him homeless - said he still couldn't believe what had happened.
Jimmy said: "I couldn't believe it anyway at first.
"People tell you 'See you tomorrow, I'll get you a drink' and then nothing happens but this did happen actually, so it was really weird.
"I told some of my friends and they went 'No chance, it's not going to happen' and I went we'll find out - if it happens, it happens.
"I got their phone number off them and texted them saying 'hope you have a safe journey home' and all that and 'text me when you get there'.
"We just started texting each other since then and next thing you know I've got a passport in my hand and that was it, I was flying away somewhere."

Annis lives in the Swedish town of Sågmyra with her husband Daniel and three children, aged 13, eight and five, who all welcomed Jimmy into their annual Christmas celebrations.
He watched local ice hockey team Leksands IF, went to Christmas markets and midnight mass as he was treated like one of the family.
He even tried some local cuisine in the form of elk meatballs.

Jimmy added: "People just walk past - they don't even bother and leave you lying there whereas people like Annis will pick you up and help you. "It was amazing, I miss them so much. If I could go back tomorrow I would. "I think people like Annis, there should be more of them, because if it wasn't for her I don't know what I'd be doing. "I've had two Christmas dinners this year which I've never had before in my life. "It's just really amazing, I just can't thank them enough. It's unreal - even though I'm back I still can't believe it did actually happen."
www.heraldscotland.com...


Oh for half your luck Jimmy.
Happy New Year ATS , let's make it a good one.