On October 7, 2016, the Department Of Homeland Security (DHS) and the Office of the Director of National Intelligence (DNI) issued a joint statement on election security compromises. DHS has released a Joint Analysis Report (JAR) attributing those compromises to Russian malicious cyber activity, designated as GRIZZLY STEPPE.

The JAR package offers technical details regarding the tools and infrastructure used by Russian civilian and military intelligence services (RIS). Accompanying CSV and STIX format files of the indicators are available here:

This Joint Analysis Report (JAR) is the result of analytic efforts between the Department of Homeland Security (DHS) and the Federal Bureau of Investigation (FBI). This document provides technical details regarding the tools and infrastructure used by the Russian civilian and military intelligence Services (RIS) to compromise and exploit networks and endpoints associated with the U.S. election, as well as a range of U.S. Government, political, and private sector entities. The U.S. Government is referring to this malicious cyber activity by RIS as GRIZZLY STEPPE.

Previous JARs have not attributed malicious cyber activity to specific countries or threat actors.However, public attribution of these activities to RIS is supported by technical indicators from the U.S. Intelligence Community, DHS, FBI, the private sector, and other entities. This determination expands upon the Joint Statement released October 7, 2016, from the Department of Homeland Security and the Director of National Intelligence on Election Security. This activity by RIS is part of an ongoing campaign of cyber-enabled operations directed at the U.S. government and its citizens. These cyber operations have included spearphishing campaigns targeting government organizations, critical infrastructure entities, think tanks, universities, political organizations, and corporations leading to the theft of information. In foreign countries, RIS actors conducted damaging and/or disruptive cyber-attacks, including attacks on critical infrastructure networks.In some cases, RIS actors masqueraded as third parties, hiding behind false online personas designed to cause the victim to misattribute the source of the attack.

This JAR provides technical indicators related to many of these operations, recommended mitigations, suggested actions to take in response to the indicators provided, and information on how to report such incidents to the U.S. Government.

Now I am no expert, but it looks to me after opening these files that all you get is a bunch of IP addresses, and a few comments about their country of origin. In one case it cites a RAT tool. But it doesn't say ANYTHING about specifically, what any of these IP addresses or even the RAT tool did to their victims.

No, instead they just give us a blanket summary accusing all of these IP addresses at once of all these supposed crimes. Read the JAR pdf. Then look at the files yourself.

TOTAL BS. As I have come to expect from the government trying to sell us more lies. And worse, trying to implicate Russia for political motivations in order to offer up some kind of whiny excuse for their dismal failures- and subsequent rejection and dismissal by the American people in the recent election.

Well I got news for you, MR. Government: After IRAQ and your failed WMD's, never again. If this is supposed to be the evidence you expect me to convict Russia on and hate them forever, you can fricken shove it. NO fricken way this is even close to evidence.

It is just more of your stupid ass BS! 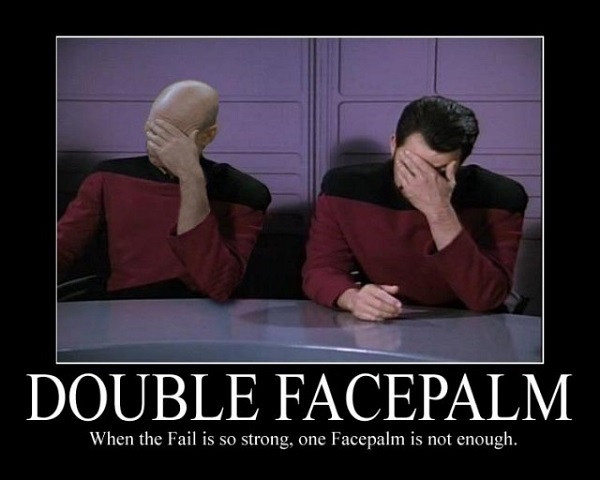 edit on 12/30/2016 by semperfortis because: Copy the EXACT Headline

The more I see and hear of the US meddling in world affairs and offering up weak "proof" ...

The more I think we have been duped and the real bad guys are US politicians tied in with shadow puppet masters.


Hope Trump is the change we in the world need ...

Rosinitiate
+6 more
posted on Dec, 30 2016 @ 04:51 AM
link
I read or rather skimmed PDF and didn't see anything that really links to Russia but I'm no programmer. It looked like more of a admin guide to protecting your servers.

Do I think Russia hacks the U.S.? I say, is a frogs ass watertight?

Blaming Russia for a Trump victory is laughable. And if they did the issue isn't Russia, it's the corrupt American oligarchy.

Stop lying and cheating your own people and maybe you wouldn't have anything to worry about.

Not once have any of the actors denied what was in those leaks. They all just shouted "Hey, not fair, Russia hacks us". Da #??
edit on 30-12-2016 by Rosinitiate because: (no reason given)

posted on Dec, 30 2016 @ 05:12 AM
link
I agree, this IS total BS, but it's not a FAIL necessarily. Maybe it's just deliberate obfuscation, or deliberate understatement of the real evidence. The real evidence (assuming there is some, and of course they have to have _something_ -- most major internet hubs in this country are subpeonable or tappable via national security letters -- is going to be covered up or obfuscated, because it is in their best interest not to say too much about what they know. Or to mislead people, like us, into thinking they don't know what they're talking about when in fact they very well might know. Spies and investigators don't mind playing dumb, like Colombo. Remember him?

Anyway agreed...it IS B.S. but maybe it's on purpose?

posted on Dec, 30 2016 @ 05:22 AM
link
There has never been any hard proof it was Russia, every "official" report has said allegedly. Last I read Podesta and in his emails he was the victim of a phishing scam. Which makes it even more embarrassing.

This poking Russia craps is going to do nothing but cause problems, and innocent lives could be lost. If world leaders can't get along, then they need to re-open the coliseum in Rome, give them a sword and shield and tell them to go at it, but leave the common people out of it.

On the plus side, at least its not another "gate". Grizzly Gate!

You're no expert but you call bs?

Seems that if it's a load of bs, then an actual expert, not a biased individual such as yourself should be able to determine it fairly quickly...

Can you explain WHY to us laypeople then?

It does totally make sense if you were owner of the ip registration. Data crossing, this provider that location starting this date and time. Not impossible for "above company" agencies of whatever kind. Just agents as "acting collaboration of interests" kind of clubs.
You have to register something. Or GPS, "there this guy again", 3 times makes it a match. A good secret acting club would be capable of applying something to identify at least one of your targets.

Even scientology could do that maybe.

posted on Dec, 30 2016 @ 05:29 AM
link
There is another thread on this also.
It's quite clear after this ridiculous paper that the intelligence services have zero evidence to support the propaganda fed to the media to parrot to the public.

How about opening up the "evidence" files for yourself, and making your own assessment. Are there specific actions attributed to each and every one of the accused IP's? No. If you can't even do that much, then you are just spouting off at the mouth. Yawn. Next...

As Rosinitiate said, this is just a guide.

It's funny that you think that the DHS and DNI would just lie without covering their arses properly...

Maybe they have lied, that's why I'd like to hear what an expert on this subject says, not someone looking for flags.

It's not a case of right or wrong. It is just that no evidence of the claims are in the document.
Read it.

originally posted by: UKTruth
Read it.

They won't. They are in this thread for one thing only: to attack me. But at least I read the evidence files BEFORE commenting. Haters gonna hate I guess. And the trite personal attacks just show that amoeba are incapable of thinking for themselves. We knew that already... duh.

i am not going to read it - for several reasons :

edit on Fri Dec 30th 2016 by TrueAmerican because: (no reason given)

I never said I don't understand it. You did. But you obviously don't. Move along and let the adults sort this out.

Get over yourself. You've claimed something to be bs but have no idea why.

Don't get upset when you get called out on it.

Eta : Some good threads could evolve from this brief convo ...

You just obviously refuse to read. No, you get over YOURself. You are contributing absolutely nothing here, other than trite personal attacks. I explained why very clearly in the OP. There are no specific actions attributed to any of the IP's provided. No names, nothing. Just IP's and countries of origin. That is not evidence until specific actions are named.