The AVATAR Robotic Kiosk is Ready for Governments Across the World

Aaron Elkins graduated from San Diego State University in 2003 at the top of his class with a bachelor's degree in information system technology. Thirteen years and a doctorate degree later, he has returned to SDSU in a new role as a professor in the management information systems (MIS) department.

Don’t let the opening paragraph fool you, this guy is up to no good.

MIS is an interesting department that is currently developing a very special gift for the American people. They question is, are we going to accept it and do we have a choice?

Before Elkin’s new gig, he was conducting behavioral research and managed to add a new psychological component to technology and artificial intelligence.


He is a leading researcher in the area of artificial intelligence and affective computing, specializing in building technology based systems that combine both physiological and behavioral sensors to predict emotion. This is confirmed by the MIS department’s chair, professor Bruce Reinig.

Put your seat belt on, we’re about to experience some turbulence.

Elkins is currently working on projects that involve homeland security in airports and border crossings around the globe. In his spare time, Elkins also works on automobile technology screening projects for the Singapore government and customs declarations for Canada.


The article states that he continues to get more involved in cyber security projects and other Homeland Security projects. This is basically a glimpse of what every American will soon have to deal with, not only at airports, but everywhere.

The Automated Virtual Agent for Truth Assessments in Real Time (AVATAR) is currently being tested in conjunction with the Canadian Border Services Agency (CBSA) to help border security agents determine whether travelers coming into Canada may have undisclosed motives for entering the country. 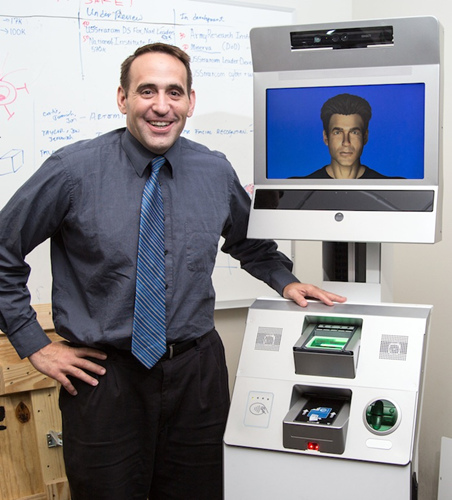 “AVATAR is a kiosk, much like an airport check-in or grocery store self-checkout kiosk,” said San Diego State University management information systems professor Aaron Elkins. “However, this kiosk has a face on the screen that asks questions of travelers and can detect changes in physiology and behavior during the interview. The system can detect changes in the eyes, voice, gestures and posture to determine potential risk. It can even tell when you’re curling your toes.”


If Donald is going to “make America safe again,” I’m sure he’ll entertain the idea and likely have no problem signing off on bigger plans, like lining the entire southern border with these things.

And soon, for every entrance and exit, there will finally be something to prevent you from doing either of the two at the mercy of the establishment’s owner.

Students in the MIS department get to use a brand new laboratory sponsored by The Department of Homeland Security. They will conduct experiential research and protocols, but are focusing on combining existing smuggling detectors with computers that detect when someone is lying. He is currently looking for any government agency willing to utilize the technology in a real-world setting.

“We’ve come to realize that this can be used not just for border security, but also for law enforcement, job interviews and other human resources applications as well,” Elkins said. “We continue to make improvements, such as analyzing the collected data using Big Data analysis techniques that make AVATAR a potentially valuable tool across many industries.”


Well, not much to say except, LOOK OUT!!! You better hope there isn’t a glitch in the system when it’s your turn to be questioned. You might be indefinitely held behind and perhaps even forgotten about.

“I am always trying to do high impact research, things that help change the world,”


As for high impact…

posted on Dec, 30 2016 @ 12:23 AM
link
Personal Surveillance Appliances like phones and childrens toys, Google God in the TV's and cars, what's next? 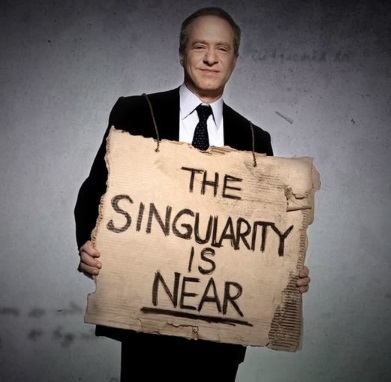 everytime i hear the word singularity i think Y2K bug....... never really happened did it!
we dont even know how our own minds work never mind its capabilities, how do you put consciousness in a machine....
if we are infinite in terms of a collective unconscious, and consciousness in general, then how is it possible to make machines that are better than us, or make a machine that can create other and better machines. imagine that war, oh the machines are rising up, better get that EMP out then.

originally posted by: ManBehindTheMask
Scary, as I can't think of a single person alive that's not "capable" of commiting a crime , no matter how squeaky clean you are

True, but that known possibility will be factored into the basic program. However, its relevancy will be minimized by a couple of dozen of other factors that carry more weight.

There is no escape...should there be? Which direction is more right, humans should be allowed to be subversive in any fashion if the want to be, or should truth and honesty be the hallmark of being a true human?