I'd never heard of this before. It seems to need extremely heavy use...

CHS develops in heavy, longtime consumers of cannabis; there is generally daily use in excess of three to five times a day for many years before the appearance of symptoms.

CHS is a very rare syndrome and is easily cured by stopping the consumption of cannabis. This should not, by any means, hurt marijuana’s reputation for being the safest recreational drug around, but people need to be aware of the syndrome’s existence. If you know anyone with these symptoms tell him or her go to a doctor and stop smoking.

While I always question the MSM intent when it comes to this in articles using caution should always be encouraged whether experienced or not. The HTimes article explained it well.
edit on 28-12-2016 by dreamingawake because: (no reason given)

Screams propaganda to me also.
For many people, pot makes them more focused, more ambitious.

I'm thinking this syndrome would also come from smoking it rather than the healthier way of eating appropriate amounts.

People getting to getting too high and acutely (at the moment) experiencing temporary subjective states of panic & nausea CAN happen, but they better have some serious evidence for this "kidney failure" claim.
edit on 28-12-2016 by IgnoranceIsntBlisss because: (no reason given)

posted on Dec, 28 2016 @ 08:54 PM
link
The Australian study(here) doesn't mention kidney failure. Nor does the co authored study by Dr. Kennon Heard -linked in the OP. Wondering where the MSM is getting that from. It should be be blaming the dehydration from the vomiting rather than marijuana itself causing kidney failure as a symptom.


Cannabis "marijuana" has not been shown to cause changes or damage to the kidneys. In fact, it has never been shown to cause any kind of permanent damage to the lungs, heart, liver, kidneys, brain or any of the other areas of the body it is said to affect. As a matter of fact, some studies have actually shown it to help decrease the spread of lung and glioma (brain cancer), and it has been shown to increase sperm production and fertility.

Yep, and abuse of any substance will have negative effects. That's why it is always important to differentiate between use and abuse. I've never heard of a long-term user experiencing such symptoms. It has been my experience that those who abuse weed also abuse other substances. Could easily be the combo that is making the problems but since weed is the perceived "evil" it gets the blame rather than the legal substances, like say---prescription drugs or alcohol. Or maybe it's the crappy junk food they're eating when the munchies hit?

It's because it either is propaganda, or the guy is a loser. In that case, cannabis wasn't the problem, it was a symptom.

Anything you do heavily has side effects. Heavy running could cause joint failure.

Heavy eating can cause diabetes.

Heavy metal can cause hearing loss. 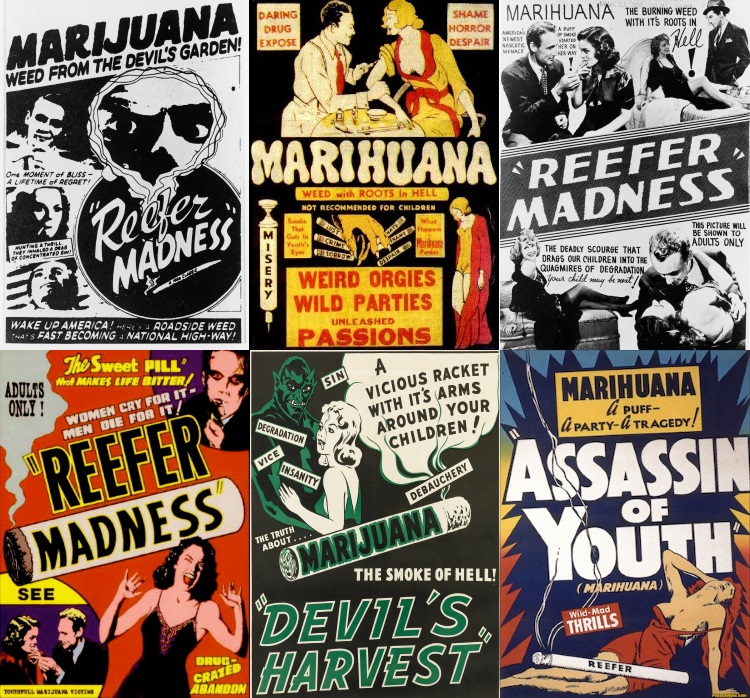 They could only find 19 patients though. This is just simply a number not acceptable to most clinical studies.

Imagine if you could be diagnosed with cancer and given treatment from a study of 19 people.

Now that doesn't mean it doesn't need to be looked into but,..

originally posted by: eluryh22
Let me start out by saying that for the past several years and up until the moment of writing this post, I've been and am "on the fence" when it comes to what to do about Marijuana. Make it straight-up legal? Decriminalize it?

Let me also say that the following has pretty much zero impact on my ever-forming opinion on the subject.

I did find this article interesting though, as many (certainly not all) proponents of marijuana use tend to gloss over even the possibility of any negative side affects of the drug.

For more than two years, Lance Crowder was having severe abdominal pain and vomiting, and no local doctor could figure out why. Finally, an emergency room physician in Indianapolis had an idea.

“The first question he asked was if I was taking hot showers to find relief. When he asked me that question, I basically fell into tears because I knew he had an answer,” Crowder said.

The answer was cannabinoid hyperemesis syndrome, or CHS. It’s caused by heavy, long-term use of various forms of marijuana. For unclear reasons, the nausea and vomiting are relieved by hot showers or baths.

“They’ll often present to the emergency department three, four, five different times before we can sort this out,” said Dr. Kennon Heard, an emergency room physician in Aurora, Colorado.

CHS can lead to dehydration and kidney failure, but usually resolves within days of stopping drug use. That’s what happened with Crowder, who has been off all forms of marijuana for seven months.

The article indicates that in states where the drug has been legalized, there have been increased diagnosis of the ailment.


Needs more science than this.. Doesn't sound conclusive. And, to this day, if you look at the spread of addiction medicine and scientific research on the subject, marijuana is factually one of the safest drugs out there. This is true on health impact, overdose potential (virtually impossible), violent crime, addiction (very low level compared to 99% of drugs), etc. There are countless studies done by doctors, scientists, and statisticians on this matter. It's only those who haven't done their research on this that are on the fence. Then there is the evidence showing that compared to not only alcohol but also virtually every other illegal drug and also prescription drugs, marijuana doesn't have any where near the impact on violent crime, addiction, etc. It's only prohibition that creates any kind of "crime" related to it at all, i.e. illegality via statute not ethics.
edit on 28-12-2016 by Quetzalcoatl14 because: (no reason given)

That's the power of lies inherent to the devil's lettuce! You think you're just fine but just wait oooooooooo

This screams propaganda to me... and/or fake news. But I can address it at face value.

I have heard of this "illness" before -- both times it was a mis-diagnosis, and both patients knew it was wrong. Both thought it was more of a default diagnosis... as in "well, we can't find anything else so that MUST be it!" But it wasn't. Both had much more serious issues, which were subsequently diagnosed and treated.

I don't doubt it could happen. Too much of anything is too much -- including cannabis. Too much water can kill us. People react differently to things too, so what might be not enough for one is way too much for another, and any at all might be too much for others.

But I would like to know more about what exactly defines too much, and more about how it was being used. Smoked vs edibles vs oils, etc. When I researched medical marijuana in general, and the oils in particular, I found two preferred methods: 1 -- Coconut oil infused with cannabis via the kitchen oven, and 2 -- Oils produced with solvents like alcohol or butane, which are then boiled away leaving an oily substance. The solvent extraction method doesn't sound all that natural or healthy to me. It rubbed me the wrong way then, and now I wonder if that has anything to do with this new illness. Especially because I have read that some of the patients using this type of oil have found at least initial relief (particularly from epileptic seizures), but later developed additional problems.

It's something to watch and be aware of, but I wouldn't consider it a deal breaker. And of course one of many aspects of medical marijuana that needs to be further studied and understood.


originally posted by: eluryh22
“Now all kinds of ambition has come back. I desire so much more in life and, at 37 years old, it’s a little late to do it, but better now than never,”he said.


This part really screams 'propaganda' to me.

No. This part is true. There was a scientific study where they looked at what areas of the brain the active ingredients in marijuana impacted and they discovered it worked in the areas that reward ambition, so basically, it does replace your drive. You don't need to realize your ambitions to feel that reward anymore, you just smoke pot to get it.

Of course, I'm sure that only a really heavy user could completely replace or dull that impulse from realizing real world ambition, but as was noted in the article, this is an illness that only comes from really, really heavy use. So this guy may actually feel like he's only now feeling real ambition again after having killed it long ago.

Most people probably wouldn't notice it very much if at all.