Many analysts are calling for the equity markets to continue their rally and to just ignore the fact that the market is so high.

Well, they are correct in saying it can go higher, BUT not with the dollar rising as well.  So are the central banks going to sacrifice the dollar or the stock market?  They can't have both.

One must crash for the other to rally at these record levels. 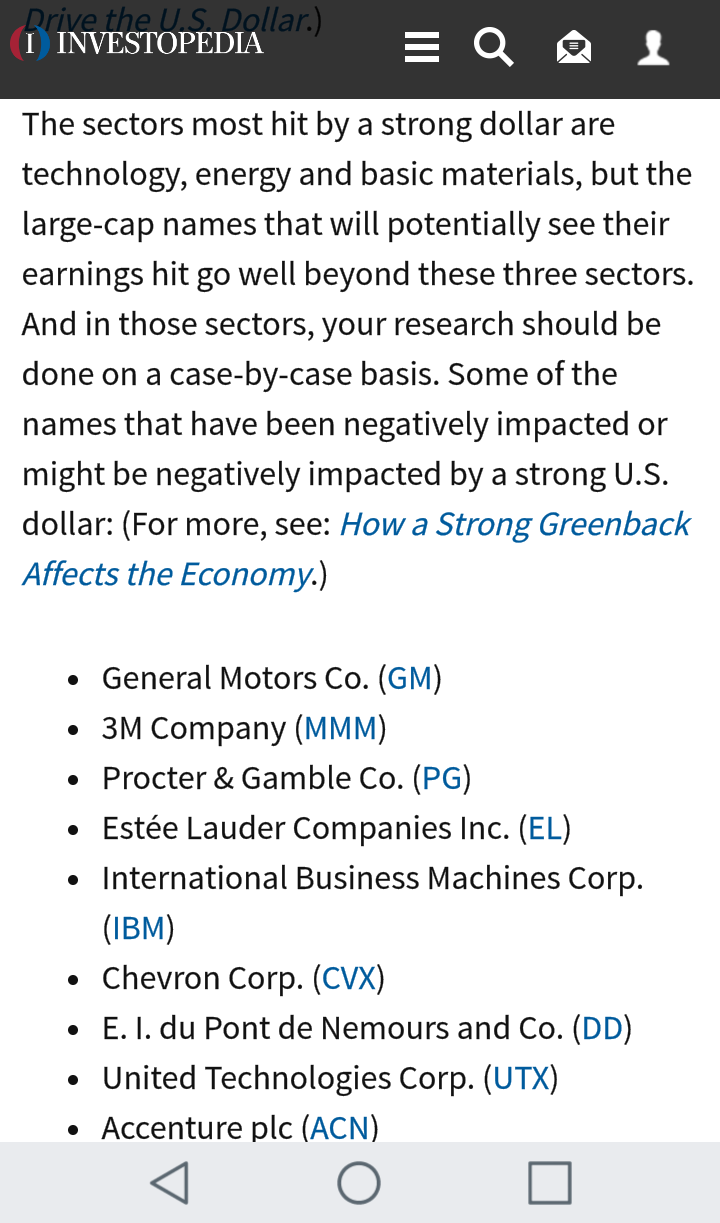 Trump is packing his cabinet with Wall Street insiders. What do you think is going to happen? (Hint: Trump has declared bankruptcy several times. Crashing the USD would be terrible for the United States' integrity, bad for the American worker, but great for American businesses that have a global footprint and keep assets overseas.)

There is much more happening behind the scenes than just making money. The money is what keeps you busy from the real issue.... technology.

There is much we dont know, however, based on research, it is rather safe to assume that Trump is the beginning of the end for the current structure of the MIC. I am pretty sure that things will never be the same in regards to the rate at which this society is kept in the dark on certain truths. Ill even go so far as to say that this elections outcome is what was required for beginning the process of full disclosure.

“The cyclically adjusted P/E (CAPE), a valuation measure created by economist Robert Shiller now stands over 27 and has been exceeded only in the 1929 mania, the 2000 tech mania and the 2007 housing and stock bubble,” Alan Newman wrote in his Stock Market Crosscurrents letter at the end of November. Newman said even if the market’s earnings increase by 10 percent under Trump’s policies “we’re still dealing with the same picture, overvaluation on a very grand scale.”

I am sitting on sidelines waiting for the next collapse.

posted on Dec, 27 2016 @ 03:55 PM
link
Why does the dollar has to crash? I agree that the strong dollar is bad for economy and especially for exports, but it doesn't have to crash, it can only weaken against euro and other major currancies like it was couple years ago.

originally posted by: dogstar23
a reply to: tonycodes

Because a strong dollar makes US products more expensive overseas and foreign products cheaper here which almost always impacts earnings of companies that either do business abroad or have foreign subsidiaries.

(ETF is an abbreviation for Exchange Traded Fund):

"First, a rising U.S. dollar – and by extension, weakening foreign currencies – reduces the value of internationally generated revenue. When the dollar increases, revenue generated internationally is worth less when it is converted back into U.S. dollars. This is a particularly strong headwind for companies that conduct a large portion of their businesses from overseas. Within the S&P 500 Index, this is a big challenge, because most companies in the index maintain large international operations. In fact, the components of the S&P 500 collectively derive more than 30% of their annual revenue from overseas.

The second reason is because when a foreign currency depreciates against the dollar, it makes the foreign goods and services cheaper in relative terms. This means foreign exports become more attractive on a global scale than do U.S. exports. As a result, companies in the U.S. experience a decrease in exports because of foreign competition."

This is exactly the underlying issue. I get a real kick watching the people on CNBC say the stock market will keep RALLYING in the face of the Dollar rising. They just ignore the impact on earnings for the businesses in the stock market.

posted on Jan, 6 2017 @ 12:40 AM
link
The Dollar just took a decent stab today. Dropping over a basis point in one day is a big move for the most stable currency in the world.

posted on Apr, 11 2017 @ 08:26 AM
link
The American economy has a lot of momentum, but the unhinged trade policies for President Donald Trump could trigger a U.S. dollar collapse in 2017. At first blush, the dollar seems to enjoy a lot of momentum. Renewed growth prospects emanating from Trumpian policies and higher interest rate expectations have provided a constant bid, buoying the U.S. Dollar Index to 14-year highs in early January. We are definitely going to have a dollar collapse like the 1980s and trust me it is going to be one of the worst of all.