On probabilities Assange isn't in the Embassy

posted on Dec, 25 2016 @ 06:31 PM
link
I came across this interesting Video giving many reasons why Julian Assange can no longer be in the Ecuadorian Embassy. They are logical and compelling. So would you bet that he is in the Embassy? what would a bookmakers odds be that he is in the embassy?. Since we have no proof that he is actually their, just virtual proof, which could easily be assembled from another organisation. lets look at the reasons why he is not there.www.youtube.com...

posted on Dec, 25 2016 @ 07:58 PM
link
Interesting video for sure. I would give his odds of being in the same room with the window 100 to 1. He is either deliberately staying away from the window to try to send a message, or most likely he isn't in the same room anymore. Where he could be is pure speculation. He has to know people are concerned for his well being.

Remember not everyone on here can or will watch the video, could you maybe give us a little rundown of some of the most compelling reasons?

He may be in protective custody.. 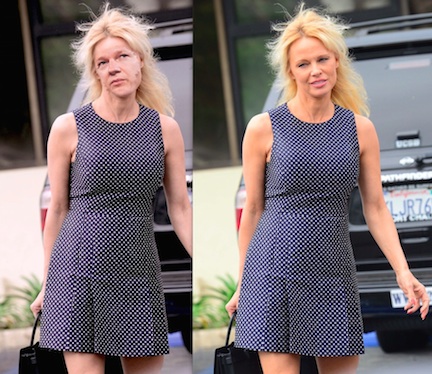 Wherever he is I hope he is safe and well..

I did wonder whether he could be in protective custody.. Hopefully he's just laying super low somewhere..


Indeed that thought had crossed my mind. Because their have been resignations due to WikiLeaks. This guy makes some very salient points with regards to a Pardon www.youtube.com...


I didn't realise that had happened. There's definitely something going on, i hope we.find out soon...

originally posted by: anonentity
a reply to: fluff007


Not sure but do you have any reason to believe it's connected to Assange?

Certainly haven't seen anything online yet that tells me there's been a massive change...


I came across this interesting Video giving many reasons why Julian Assange can no longer be in the Ecuadorian Embassy.


Repubblica met Julian Assange in the embassy, nicely decorated for the Christmas season. These last ten years have been intense ones for his organisation, but the last two months have been truly hectic: WikiLeaks' publication of Hillary Clinton's and US Democrats' emails hit headlines around the world.
www.repubblica.it...


Julian Assange is protected by British law , he can not be forcibly removed from his place of safety unless the Ecuadorians kick him out.

I'd ask you if you're joking but I know you're not.

What part of my post would give the impression I would be joking ?
Julian Assange is still in the Ecuadorian embassy , he is protected by British law , youtuber claims he hasn't been seen since October ... he has , youtuber is wrong.

posted on Dec, 26 2016 @ 07:37 AM
link
Stackwash... The saga has ended. Just slicewebbed either he is dead or he has changed his face2face. Lot of Request lines but no pong. Poor guy I hate to be in his shoes. Somehow I think we have seen the last of our hero. The remake might be good but not so good to be convincing enough. Unless he pops up in Kanye Wests famous clip I refuse to digest any future stuff....

Is there any way to prove it?
It's kinda important.


Where has he been physically seen by an independent party ?

I don't believe Assange is in the embassy.

Everyday Assange was in the embassy he would appear at the window or on the balcony whatever.

When the baywatch bombshell (Pamela ??) took Assange a meal, which apparently many people did, he became ill. The next thing that is known is that an armored car and some other vehicles showed up at the embassy for a short time and then left.

Since then Assange has never appeared at the window and has never otherwise been seen.

If he was taken ill and taken somewhere after that most likely in the armored car or associated vehicle. Why was a statement never issued abut this matter by the equatorial embassy or the Australian embassy for that matter.

Until we see a fully lit up close interval where he is asked to comment on issues that have occurred only since the US election where voice analysis will prove its him and not a look-a-like then. My guess is that he is either dead, undergoing 'interview' somewhere, perhaps in Gitmo, having a clone made of him, or simply getting his brain fried with drugs in a cage somewhere so that he will say whatever instructed to say until they are finished with him in which case they might fly his body out over the ocean and dump it.


Hillary hates Assange, Kim dot com hates Hillary. Kim dot com knew that Assange would be Hillarys worst nightmare long before he was. Could he know where Assange is? www.infowars.com... also a relax from the big man twitter.com...