Propaganda is persuasion, and/or diversion. It's as simple as that.

Anything meant to sell something, or any trickery to divert someone from something that might motivate them is propaganda.

Any bit of info could be met with any kind of emotional response from one person to the next.

What ISN'T an emotional response. Who decides that?

So an advertisers tries to sell something with 'dry technical info' and that's known as the Hard Sell. They appeal to image, or identity, of gushy squishy yummy feelings, then that is the Soft Sell. BOTH are Propaganda!

Dry technical info could enrage someone even if not meant to do so. Chevy engine specs could OFFEND a Ford guy that just bought a truck. A pretty girl in an add could offend an ugly girl. Surely you know ALL about people being offended by crazy stuff? No? Take the fact that your beloved government has been using AL QAEDA in the Middle East. That FACT doesn't make for comfy conversation. Therefore whoever says it should be monitored, tracked, Cataloged, censored, imprisoned?

The slippery slope of the Century ALL of this is.
edit on 25-12-2016 by IgnoranceIsntBlisss because: (no reason given)

You're going to have to go into WAAAAY more detail than that. How is GlobalResearch a Russia disinfo operation?? SAYS HOW? WHERE THE EVIDENCE???

I didn't say "state sponsored," did I. It is a "front," or conduit. This is well known:

While the TRex in the room is, even is someone did want to go repeat something a foreigner says who's business is that? WHERE'S THE MULTICULTURALISM HERE????

And now you're just ranting again.

And going by all of those arguments & conjecture this entire website is an Russian propaganda outlet (well except for you, and a handful of others who worship the ground Obama & Hillary walk on, support them supporting Al Qaeda, support the destruction of Syria by Al Qaeda, and so on).

Who the hell is anyone in our government or media, or anyone that pushes their talking points, to criticize the talking points of anybody else? All these fronts do is spin EVERYTHING they touch. You have to realize this, which creates a real mind%#()#^ in explaining how you can support anything to do with any of this agenda they're on.
edit on 25-12-2016 by IgnoranceIsntBlisss because: (no reason given) 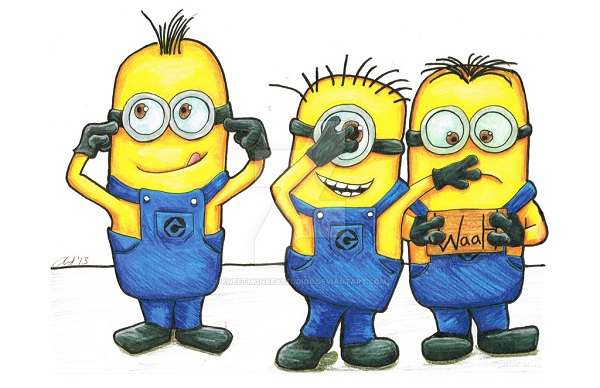 ATS permits members to express a full spectrum of opinions. It allows the OP to quote news" from multiple sources giving biased interpretations of it, and it permits me to point out that it is black propaganda. You are free to believe the lies if you choose, but I prefer truth to fiction, even when it hurts.

Well you know what I am pissed. But I'm also totally correct there.

I'm also sick of seeing you show up for each and every censorship related discussion and promote it (when you aren't busy making your own threads trying to get entire websources censored).

I can see that freedom of expression is a difficult concept.

If you want to see censorship at work, try posting anti-Putin comments on a Russian blog. You do not seem to understand what censorship is.

A forum where some anti-Putin people are calling them moonbats or whatever for being critical of Obama whoever flirting the US with a war on Russia is NOT evidence.

Wikipedia isn't evidence per se, but it can have plenty of facts with sources in it. When covering broad subjects such as science or history Wikipedia is an indispensable source for snippets to help build a narrative, for example. BUT as EVIDENCE of what or not something or someone is a foreign disinfo agent, just dropping a link to wikipedia as "evidence" is NOT evidence.

And rationalwiki critiquing them as a conspiracy theory website that is critical of US Foreign Policy doesn't proof anything either.

posted on Dec, 25 2016 @ 08:27 AM
link
can anyone honestly say that the politicians won't be using this law to the advantage of their parties??
so, for the next four to eight years, everything that leans too far to the left, will be deemed to be fake news...
but then sooner of later the winds will change, and it will be everything too far to the right... and suddenly all that was unacceptable in the eyes of the gov't will be acceptable.
and of course mainstream media will go along with this since they see it as a kind of protection against the internet's gaining popularity as being a source of information. while I admit that those providing that information online really should be more responsible and validate the truthfulness of what they are reporting...
mainstream media has become a joke and can't even seem to be able to validate that the photo of the evil terrorist is actually a photo of the evil terrorist. they've become lazy and see those internet sources as their number one source of information, actually doing the hard work of investigating is just too difficult for many of them!

at least if left alone, maybe mainstream will be force to improve themselves and they will start to produce the quality of news like they used to.

How can you trust the government to honestly deem what is foreign propaganda?

I fail to see why this is so incomprehensible, or why there's so much rampant distrust of anything the government says or does. Should we be like Somalia with no government except warlords?

I actually did that. Don't you ever click on links? Here it is again:

If you cannot tell a site's bias based on how it presents information, you will continue to be manipulated. Ironically, because you are willing to believe anything but responsible journalism, you will be incapable of making sense of the world.

Once again, please read the actual act instead of what black propagandists are saying about it. It does not implement censorship.

We are moving to the point where people will be told to turn on the morning government TV channel or visit the official government website to find out the actual facts about world events. The facts according to the government. Be a loyal citizen.

Too many are seeing too much which is not aligned with the "government deemed truth".

look at the hogwash that was sold and bought due the last election cycle. Can't have that any more.
edit on 12/25/2016 by roadgravel because: (no reason given)

Not sure about you all, but I don't trust a damn thing the government tells me.....you would have to be insane to think this wont be abused.
edit on am1212201616America/Chicago25p09am by annoyedpharmacist because: (no reason given)

posted on Dec, 25 2016 @ 09:42 AM
link
There really is no such thing as "Black Propaganda", all propaganda are lies to persuade people to think one way or another (even if it was originally based on truths). As an informed citizen, I should have the rignts to read/watch informations from all sources and determine for myself what is true or false. RT is biased but so are CNN, MSNBC, and FOX. I think a smart person should be able to read all the lies from all the sources they can get their hands on and sift out the truths themselves. All media lies, this law will just make it so that only our government have a monopoly on lying.

All you're doing is posting links while implying they have meaning, yet you cant hardly even break the meanings down while pulling quotes to enact an actual analysis.

You're really helping make this make sense at least: Anyone biased against US Foreign Policy is therefore Russian state agents. 'Amirite'? So what is supposed to be done with them, what is the point of this legislation that wasn't already being done?

Back to the subject of GlobalResearch.ca, for how many years have you even been familiar with them? Who down there is and is not Russian state disinfo agents? Where is the actual evidence (remember: links forums where people are labeling them pro-Putin isn't actual evidence) of them being agents of or an arm of the Russia government?

Good luck with that. Let me tell you what I know about them. I first encountered a documentary of Chossudovsky's about a decade ago. Have read many articles in there over the years. He's the main man as far as I know, but they have like dozens of journalists that post that. A decade ago Putin wasn't even hardly a talking point as "we" were barely rubbing up against them then. GR.ca was anti-imperialist, anti-corporatist globalist, anti-war, anti-oppression, pro-liberty, anti-government conspiracy from anything I remember about the work being done there whether it was 6 years or 6 months ago.

By the same measures you're labeling them Russian state agents, you're labeling me and half this site as Russian state agents. This is known as a WITCH HUNT, and it's modeled after the Red Scare McCarthyism of 50 years ago. I've got news fr you: that guy went down as one of the truly most deplorable in all of American history. Like competing with Benedict Arnold as the most deplorable ever. And here you come I've been observing you pull the same kind of crap in here half the year now.

Here he is, your idol: 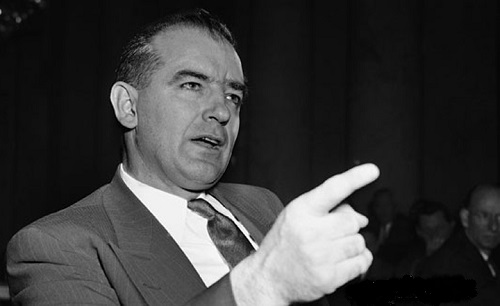 Hey, it's Christmas. I'll send you that in poster form. What's the address at the Pentagon there so I can mail it to you?

You see how that labeling game cuts both ways? Just because someone is critical of something doesn't make them a paid disinfo shill. Get a grip!

Black propaganda, DJW100 there didn't even define it right earlier:


Black propaganda is false information and material that purports to be from a source on one side of a conflict, but is actually from the opposing side. It is typically used to vilify, embarrass, or misrepresent the enemy.[1] Black propaganda contrasts with grey propaganda, the source of which is not identified, and white propaganda, in which the real source is declared and usually more accurate information is given, albeit slanted, distorted and omissive. Black propaganda is covert in nature in that its aims, identity, significance, and sources are hidden. en.wikipedia.org...