Was in a church-like gathering, we all sitting in church benches listening to Trump preach. He was very serious and commanded great power with his words.

We whispered among ourselves, we, the congregation, "Is he for real? Will he help and lead the people?"

Trump would snap and demand we follow along with our...Bibles, hymnals? Some kind of playbook for his administration.

Trump then put on a film that projected onto the wall while he excused himself and disappeared. We again whispered and wondered if we were being hoodwinked. Was all the good news true? Or too good to be true.

Somehow the propaganda film we watched ended up showing us inside Trump's little break room. He was seen scarfing down a bag of popcorn and scowling.

He didn't know we were watching him behind closed doors. We stood up and rushed to capture the apparent traitor.

Should of posted in short stories.


It was your dream, you alone were inside your dream.

originally posted by: IAMTAT
You should be dreaming of visions of sugar plums dancing in your head.


Nothing for me to get over. I am happy Trump won and Hillary lost.

Can't a Narcoleptic Buddha share his dream on the dream forum? 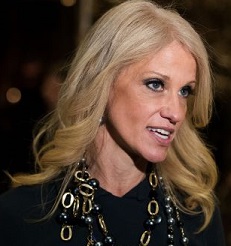 Sorry. We all need to dream.
Merry Christmas, NB.

originally posted by: xuenchen
Was it a "Triggering" dream ?

Know what? Kelly Ann is sexy as hell. THAT'S a dream I wouldn't mind having.


I don't believe that you had this dream, I think you made it all up.


I don't believe that you had this dream, I think you made it all up

Wow someone on ATS thinks I made something up.

Aren't you a little trailblazer

posted on Dec, 24 2016 @ 01:36 PM
link
To be in a church signifies you are seeking spiritual enlightenment and guidance.

Preachers represent harsh lessons, ideological forcefulness; which could represent either yourself or (in this case) Trump.

The President represents authority, power, control, etc. Your personal views of the president will be reflected (you see the president as a preacher and that government is like religion?).

The Bible represents fundamental beliefs and in general, knowledge. Particularly your own.

Popcorn represents both growth and surprising facts being made aware to you via the dream itself. (This is extremely relevant and perfectly coincides with the event - a revelation of a behind the scenes reality).

The resulting riot indicates that you need to stand up and speak for yourself and it also can represent a destructive reaction or outcome.

Ok so important question:
Do you dislike or distrust Trump before this Dream?
Do you feel like you remained too silent throughout this election cycle?

Do you see any of yourself in Trump, because Trump could be you actually. Though it does seem that Trump might in this actually represent Trump and your reactions/feelings about him.

I had a dream a few months before the election, I was thinking about putting it in here but didn't bother. Very surreal.

Basically I was hired as Trump's personal bodyguard after he won the election, trying to protect the man was a nightmare and my team were always pissed off that he wouldn't use Air Force One, considered him wreckless.

Anyways a lot went on but the biggest part I remember was his plane was painted black and Trump on the side was blood red, it looked pretty cool tbh. I had to protect him from a terrorist hijacking while the plane was on the ground, the plane on the inside was cool too until bodies and grenades started flying about.

Crazy dream, you just reminded me of it.

posted on Dec, 24 2016 @ 03:10 PM
link
Still 25 days?? till he takes over I cant wait. Just a warm spell here in Michigan makes me feel snowflakes will be melting everywhere.

posted on Dec, 24 2016 @ 04:32 PM
link
I and others like me have been unjustly called deplorable, xenophobe, racist, sexist, terrorist.....stupid doesn't even hurt. The constant barrage of name calling....we're pretty thick skinned by now.

It is amazing the power Trump has over you.

I find it odd though I'm not a liberal , and he doesn't have that kind of control over me!

I don't believe that you had this dream, I think you made it all up.

There were no dreamy "tells" in it, like talking animals or flying things, oopart sounds or dead people.

Maybe people just have simpler dreams than I do.

This is the first time I been to a D&P thread. I think.