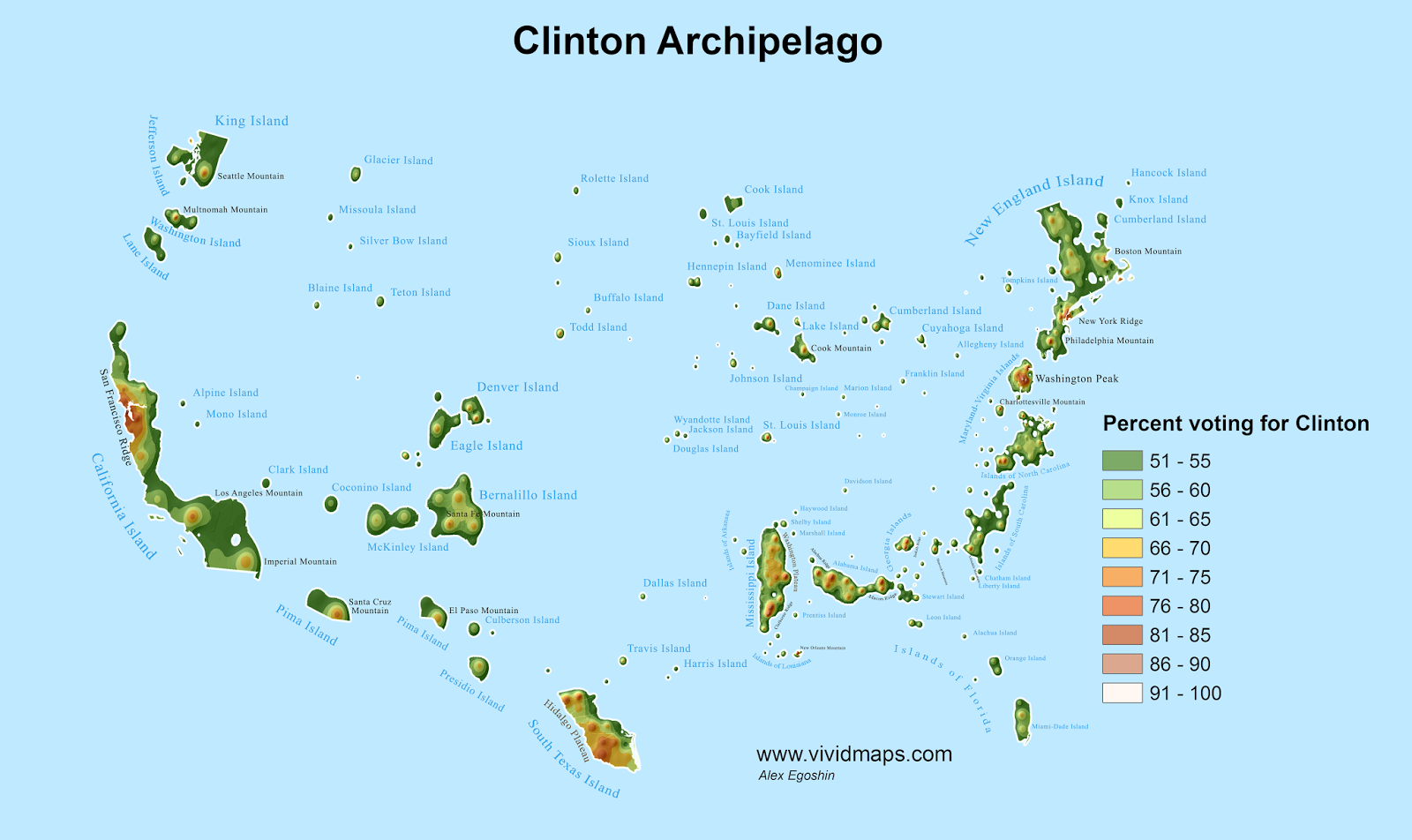 Tells a story doesnt it.

Sad thing is that if your looking to fly to Europe, you have almost no choice except to having to change planes in one of the nasty blue zones. Scary that! 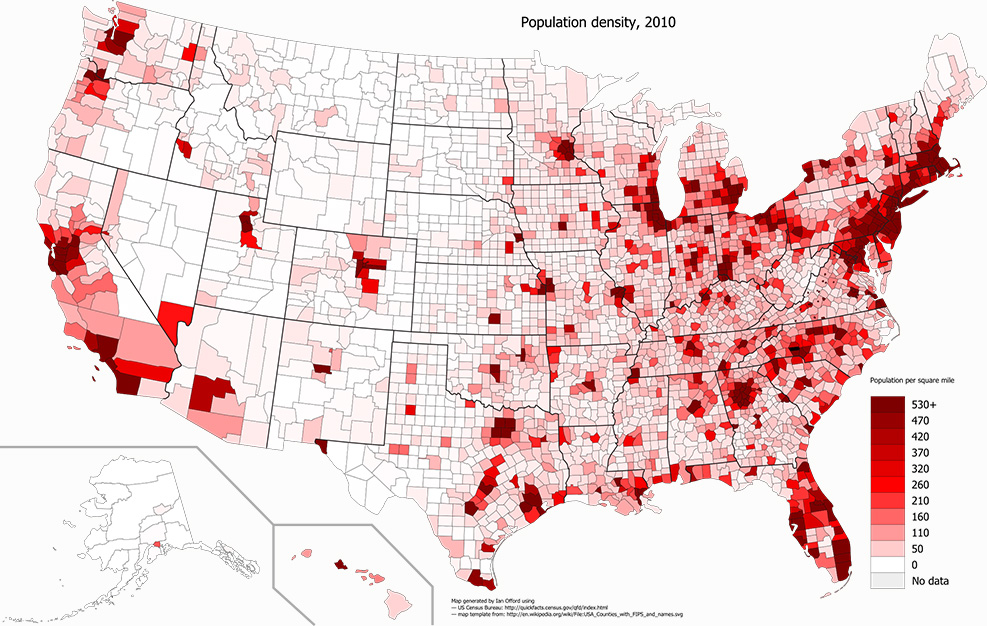 Votes by party by number: 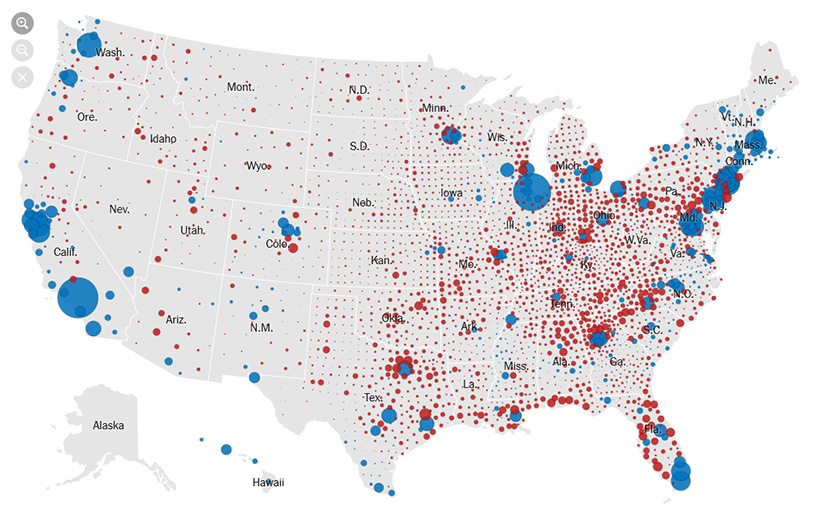 Quite a few of the states in "Trumpland" have a population of not much more than half a million. But you know, when it comes to voting, acreage should count apparently.

Apparenty Im underwater in the Archipelago, but just to the east of The Gray Peak in Trumpland. What island do you live on?

Seeing as I have seen these user generated infographics repeatedly used in Fake News and debunked...

Please supply me with the original algorithm and measurement standards. Ideally the origin of the infographic that is adjustable for variables. 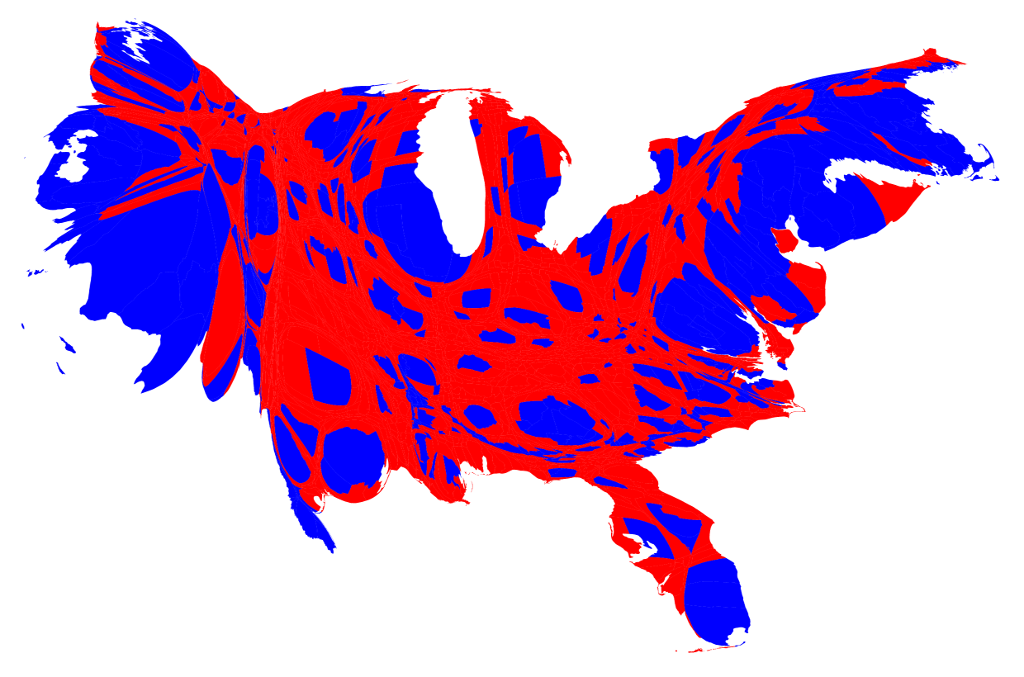 originally posted by: Indigo5
Adjusted for population vs. distance 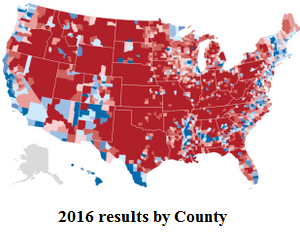 Just centers of votes per candidate. You can overlay several maps used by MSM for the same(3.bp.blogspot.com... G).

This gent just ran it through GIS program for a graph style. Is there anything that sticks out as a fallacy that you noted?


originally posted by: Indigo5
Adjusted for population vs. distance

Ok I just turned the loose screw on the side of your head. Now that you've figured out that empty acreage doesn't equal votes or human beings then I think we'll have finally made all the correct adjustments. Also, you don't even understand the definition of mob rule. You claim yourself to be well educated, but you are far from that judging by your inability to correctly interpret data or comprehend simple terminology. Look up the definition of terms such as mob rule if you want anyone with half a brain to take you seriously. Perhaps you only wish to impregnate the minds of the ignorant with your drivel. That much is obvious by the amount of spam and anti American propaganda you post on ATS.

Ochlocracy, majoritarianism. Read first, think, then write. Or does your brain only allow you to speak using pejorative terminology? It's called a fallacy and you lose your debate and purpose before you can even complete a thought. It's why no one takes you seriously. Try Russia. They might take you seriously over there, eh comrade? No one in America believes that Russia's way is the way. That country is awful and miserable. Go away you mosquito.

Where did I ever claim to be educated ?

And here's a brand new bumper sticker for that jalopy you drive around in ... 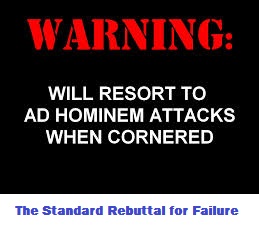 Plus, I'm not a political news expert.

Not sure. Will have review ..but why is there a lame beside Texas in Trump land that is not filled in with Clinton? 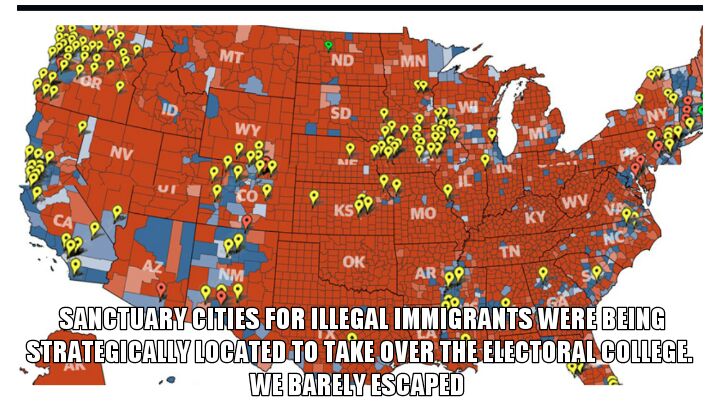 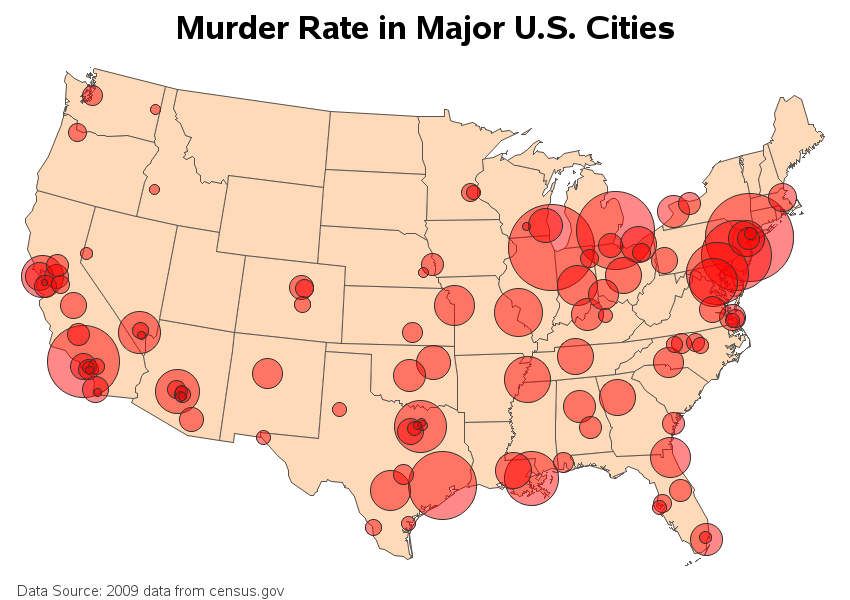 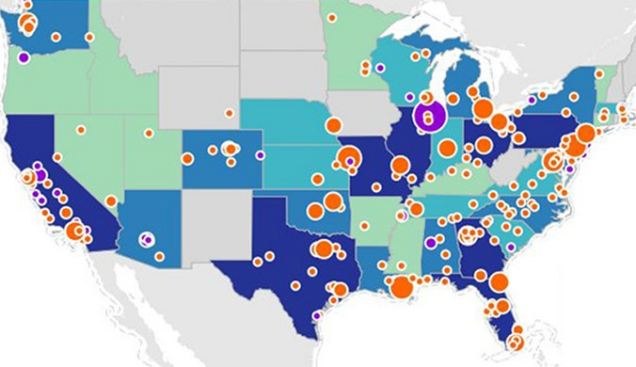 Your maps are just repeats of population density maps.