Strache described the meeting, which was first reported by The New York Times, on his Facebook page, where he also announced signing a “cooperation pact” with Russian President Vladimir Putin.
source


Of course, we don't know what was said, but as the article notes, there's all sorts of troubling things there.


“This is not just any opposition party: It is one with Nazi sympathies,” said Daniel Serwer, a former state department official who’s now a professor at the School of Advanced International Studies at Johns Hopkins University.

What possible valid reason would he have to make this meeting a priority before assuming his office???

It's quite simple: Flynn and Strache both hate Muslims. It could be the beginning of a beautiful relationship. Not.

It is possible Mr. Putin may not be sincere in his Cooperation.

originally posted by: BELIEVERpriest
a reply to: Byrd

The Freedom Party is currently one of the most pro-Israel parties in Europe; they think they have common cause with Jews in fighting the Islamacization of Europe. Strache met in Israel with some governmental officials last year; the Freedom Party has campaigned for increased Austrian aid to Israel. Just as Marine Le Pen has shifted the National Front in France toward Israel and away from her father’s anti-Semitism, so too has the Freedom Party shifted.

Is that a shift that the world should trust? Not necessarily. But to headline Flynn’s meeting with Strache a sort of European Klanbake (the 1924 Democratic National Convention was actually called the “Klanbake”) is ridiculous.

But the Trump Derangement Syndrome is setting in and spreading wildly across the Democratic landscape.

Sure she did, all of those people who came back from the dead just to vote for her. That is commitment.

Lol
Second
Come on
Trump is a Nazi, cause hes white and not a woman!
Will these inane posts ecer stop?

posted on Dec, 20 2016 @ 06:19 PM
link
...and Soros/State department set up a country with Nazi's called Ukraine and the US government set up a whole agency called NASA with former Nazi's both parties have entertained them

Jesus, the ignorance. Are you not aware of the Southern Strategy or just peddling ignorance?

Hillary funded and armed terrorists in Libya and Syria.

THAT should make you much more uncomfortable.

Fortunately, Trump became President, not Hillary....unless you wanted her homicidal policies to continue....

It's a double whammy.

Putin and Russia too !!


Founded in 1866, the Ku Klux Klan (KKK) extended into almost every southern state by 1870 and became a vehicle for white southern resistance to the Republican Party’s Reconstruction-era policies aimed at establishing political and economic equality for blacks.


History.com
Please educate yourself if you insist on prattling on 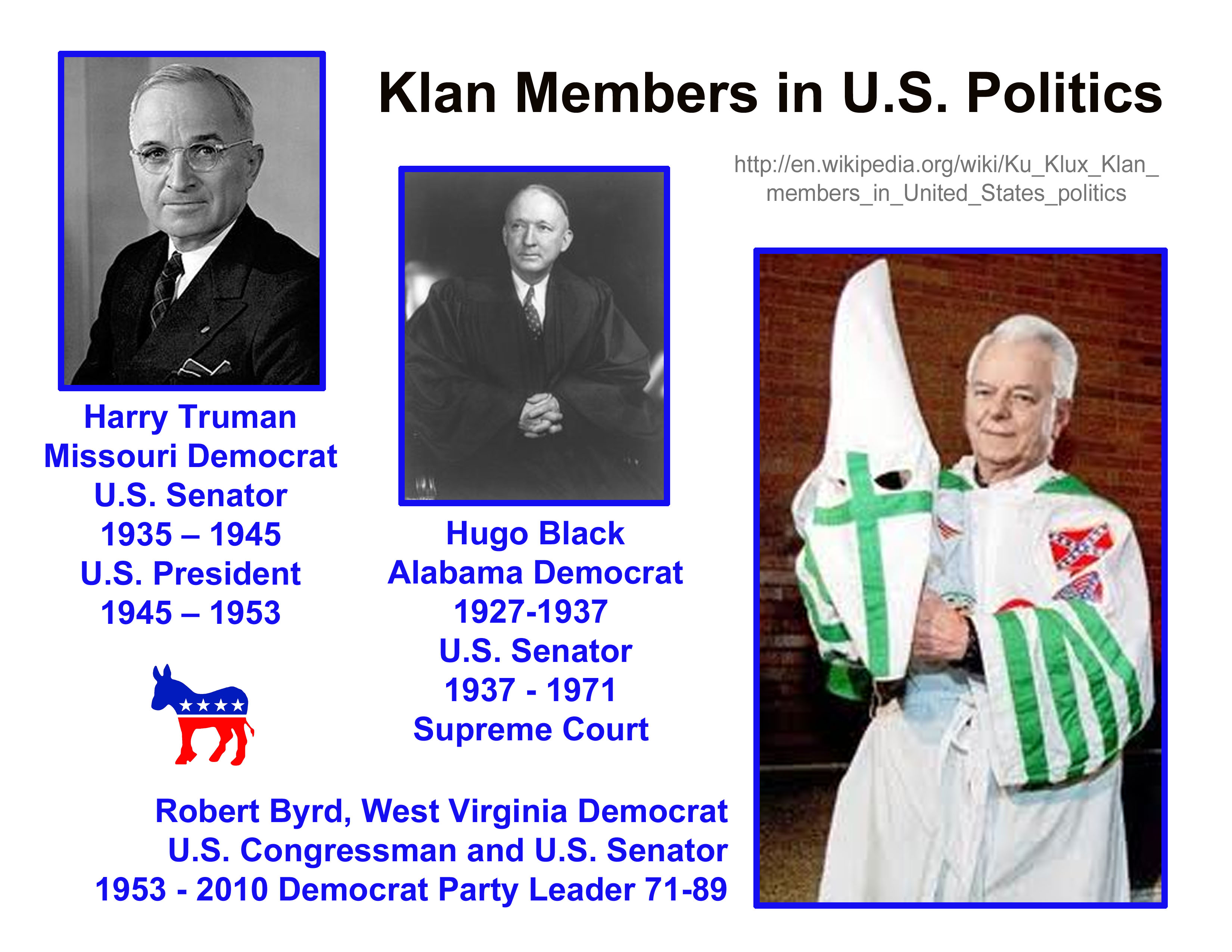 "At risk of appearing to be a conspiracy theorist myself, I think we are seeing an effort to build an international coalition of like-minded anti-Muslim, anti-immigration ethnic nationalists who can be depended upon to undermine the liberal democratic order of the West, in particular its international norms regarding peace and security, its trade and investment rules, and its human rights standards,” Serwer said. “Candidates for inclusion in this coalition include President Putin, Prime Minister Netanyahu, President Sisi, Marine Le Pen and Germany’s Alternative fur Deutschland. I’m sure more will appear on the horizon.”

originally posted by: JinMI
Just a PSA. Ex-Nazi is not the same as Neo-Nazi

A Nazi, former or Neo has no business setting policy after the horror of WW2 if their country was stupid enough to allow it.....Why is this meeting taking place in 2016?