posted on Dec, 20 2016 @ 02:15 PM
link
Odd story, for one reason or another, the Sheriff in Colorado's Costilla county went to "war" with off grid living. There were new laws imposed and peoples feeling got hurt and the sheriff pushed them around when they demonstrated against the new laws.
Then a car got pulled over 2 years ago with out of season dead deer in it. Low and behold, they were hunting with the under sheriff who happens to run a hunting guide side business. Under cover sting and they nailed him. Not to bright.


These "peace" officers are real peaches. No leaning allowed, if you are a certain group.
Living off the grid isn't OK for citizens, but it is OK for law enforcement officers to hunt when ever they want. And take the cruiser out and hit 120 mph just for fun. Bad cops, wonder what else is going on?


Costilla county Colorado became well known recently for it’s war on off grid living and now its back on the radar for poaching. The last time Costilla made the news for poaching it was 1989 and the FEDS intervened.

Now it has been revealed that undersheriff Andrew Esponiza has been arrested for gaming violations and letting undercover agents even drive the police cruiser over 120 mph.


According to the story, if you are not Hispanic you get the pleasure of police pushing you around if you voice you grievance about a new land use code that prohibits land owners living on their land without the 30,000 commercial septic system. ($$$$)


This is the same officer that pushed off gridders down the street when they attended a meeting in San Luis Colorado to express their grievances with a new land use code prohibiting land owners (in particular white non Hispanic land owners) from living on their own land without a 30,000 commercial septic system.

They even told a old man to leave on Thanksgiving last year. We covered the story and no one lifted finger to help the Vietnam veteran. Is this making America great again?

But hold the phone, the Under Sheriff was caught violating the state wildlife laws. He was poaching deer. Again what a peach.

Arrest papers obtained by 11 News show it all started with a traffic stop two years ago. Police pulled over a car to find several deer that had been illegally shot and killed. 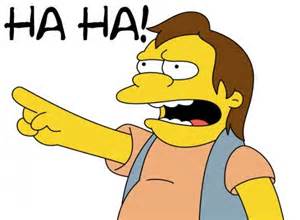 We have a lot of the same nonsense in Maine. Outside of the city it's less bad, but a $30,000 septic system is very much required in any town with a local government. Also need a $15,000 well, and they have to pass inspection, etc. Then adding those 'improvements' ups the value of the land, increasing your property tax.

Inside the city, though, you can't legally replace a light switch without getting a building permit, and you get a bill four times a year because it rains.

Land of the free has fallen a long, long way- and a lot of it comes down to above-the-law cops, and a lot more is having lawyers making laws.


THEY DREW FIRST BLOOD, NOT ME!

posted on Dec, 20 2016 @ 03:06 PM
link
a reply to: lordcomac
That has to be one heck of a septic and well. A well/septic in my neck of the wood is 3-6k depending on back fill and what kind of tanks you want and how deep of well you need.

originally posted by: seasonal
a reply to: lordcomac
That has to be one heck of a septic and well. A well/septic in my neck of the wood is 3-6k depending on back fill and what kind of tanks you want and how deep of well you need.


Right? People just need to vote with their feet sometimes.

On my property I need no permits to build anything, wire anything, drain anything or drill anything. It has no covenants (it is not zoned) so I could put in a casino next to a hotel next to a pig farm if I wished. The only permit I do need is an inspection if I wish to put in another pond but that costs a whopping $10. (damn the EPA!)

no doubt. I just priced a septic system and was told 3-5K, with all inspections. And wells can be done for a few hundred here.
Plus our taxes are almost nothing, so I'm really happy where I am. Maine is a nice place to visit, but to hell with living there.

Couldn't happen to a nicer fella. Looked very unfriendly in the videos, claiming that people leaning against a wall were violent.

originally posted by: seasonal
a reply to: network dude

It's got to be the soil type and engineering involved. I'm sure with a bedrock base it's a bit more challenging than a sand base like I have here. It may really be that damn expensive, but knowing that choices exists including where to live, knowing that we don't own snow shovels, and everything is cheap and easy here, the math involved in where to exist is really simple.

In Michigan, we are cheap and jobs are still here. But boy do we have snow and cold. But we have water too, unless Nestle get their way.

posted on Dec, 20 2016 @ 04:40 PM
link
This post is an explanation/rant about why a septic system up here costs so much, to clarify a few questions related to my previous post. Kind of off topic, but might give some insight as to why the guy in the OP was forced to overpay for certain things.

This is Maine, though....
It's the cold, combined with lack of cheap labor, combined with over-zealous law-makers and code enforcers, who are funded by the kinds of people who don't deal with the laws and codes who drive up the costs of things like this.

Apartment dwellers make up the vast majority of people in the cities, and now even the outskirts. They have no problem putting people in charge who will increase the cost and complexity of a septic system, or implement a dumb new property tax/bill, or enforce some ridiculous rule about how tall your grass can be- they don't deal with these problems, and only see the benefit of these changes- they don't associate their skyrocketing cost of renting to the changes they helped enact five years ago, they just turn around and complain that the cost of living has gone up, and so should their wage.

Septic has to be well below the frost line- Frost line is 6'5 here. I'd wager they've got regulation saying you need to be 3' below that.
Add more silly regulations and you've got to oversize it, and get an expensive engineering firm involved to design it, and place it since you can't go within so many feet of about a million different things. Then they have to check with the EPA, and file permits.
Then you've got to outsource that job to a company with the manpower and equipment to *do* it all, because no guy with a shovel is going to install a system like this. That equipment costs more around here- and doesn't last as long. I was talking to someone last month who makes his living buying and hauling NEW farm tractors from the carolinas up here, and reselling them. Heavy equipment is the same deal with higher margins and higher cost of transportation- which state law heavily regulates. It's more common to bring in a construction company from out of state for construction jobs less than 50k, since it's so much cheaper for them to haul equipment around in our state. It's not uncommon for local companies to have a branch office out of state just so they can register equipment to that office.

There's no minimum wage workers who can operate that equipment in these parts either- those guys are making 20 an hour at least. Can't just stop at the depot and load up a truckload of "homeless" either, they won't do hard labor. Sadly, these guys work really hard for that kind of money- and it doesn't go far. I just dropped $350 on heating fuel, and might need more come February. Most people can't swing the energy efficiency I've got, and are spending 200+ a month this time of year. Cost of living is higher- the farmers need to feed their families, the grocery stores need to pay their employees who all have to feed their families, etc.

Up here it's a different world- Many states are considered their own little worlds. Just one more reason we need to give the states more power than the feds- federal government laws and regulations never work everywhere.

Thanks for the info. It is death by a thousand paper cuts. Sad.