posted on Dec, 19 2016 @ 12:22 AM
link
So i found a deep rabbit hole, is not so much secrets like it was in some other holes i ventured in, but when you get to the center of those holes, those secret are done, and no mythological Minotaurus stood guarding in "the maze of the lost".

First hole i jumped down in in this new world, i found correlations, it was to determine how the greatest minds were formed, the only problem was, the probability of achieving one is so inhumane and the chances are they wont even survive to reach their own adulthood, that even winning the "powerball lottery" seems like a better invest. But if one were to emerge, its truly an amazing thing to watch or even seen the marks they left through out history.
--

Glutamic acid is an amino acid as is it neurologically inactive sibling, glutamine. Glutamic acid is found in most foods but very abundantly in gluten grains (wheat, barley, rye), soy/legumes/peanuts, dairy products, nuts, seeds, meats and the gluten-grain substitutes (quinoa, amaranth, tapioca as well as the non-gluten grains millet, flax and sorghum).

Glutamate is converted to glutamine by cells lining the intestinal tract, which in turn is used by the villi to maintain their health and integrity. This conversion is also made by the liver and kidneys, which is fortuitous because many of the foods rich in glutamic acid – namely gluten grains, casein (from dairy), and soy – are also three of the four foods that damage the villi and their ability to make this conversion. Corn is the fourth food, which is not unusually high in glutamic acid but IS an inducer of villous atrophy of the small intestine and IS neurotoxic. Corn gluten meal is a “natural herbicide” (kills other plants!) and a major generator of fat, which is formed to store TOXINS as well as excessive calories.

Glutamic acid is the principal neurotransmitter as posted above. MSG (monosodium glutamate), whose parent protein is glutamic acid, is used as a flavor enhancer due to it neurostimulating effect on the taste buds. When it reaches the brain, it induces migraines, seizures, the “MSG rush”, and lowers the pain threshold (e.g. people with fibromyalgia or other chronic pain syndromes).

The “revelation” is that the food sources of glutamic acid can do the very same thing. they simply take longer to reach the brain. It takes a half hour or less for MSG to reach the brain but it takes 4-6 hours for “bound glutamate in food” to get there. This the CLASSIC meal-to-seizure interval in un-medicated individuals. This is paralleled by the “insomniac” who wakes up like a shot at 1-2 AM, 4-6 hours after dinner/dessert.

Gluten is approximately 25% glutamic acid by weight and casein is 20% glutamate by chemical structure. Soy is richer than both and almost as rich as their sum. They used to make MSG from soy and from kelp. These are the worst foods because they not only contain high levels of glutamate but also induce villous atrophy, causing malabsorption of essential nutrients and reduced conversion of glutamate to glutamine. Their lectins are also incredibly inflammatory to neurons just as they are to joints, kidneys, the liver, skin and every other tissue of the sensitized individual.


It is “interesting” that some of the new anticonvulsants work by blocking glutamate. ( Anticonvulsants (also commonly known as antiepileptic drugs or as antiseizure drugs).
--

My interest came from my own migraine attacks and the cause for it, understanding what i put in my body and the gene pool my parents gave me as a heritage. On both sides not just one.

It seems general low fat, high vegetable diets are becoming more and more the diet to aim for.

Based on all indications, I would say probably vegetarian with wild fish and poultry added for meat intake, avoiding pretty much all other animal products, and many grains ( especially wheat.) and actually avoiding cooking with oils, is what a lot of health advisors seem to advocate for, more or less.

Makes you wonder if it's the food itself, or the ways we modify the food. Red meat has a bad reputation for instance, but how many of us eat 100 percent grass fed, organic, hormone free beef? Our ancestors seemed to do well with meat like deer, elk, fish, turkey, and other wild animals, but I'd be interested in comparing their health in general with ours - excluding our advances in medicine, which boost our life expectancy by large amounts ( though not always boosting the length of a healthy life, just a life in general)

How many of us eat organic, free range, hormone free eggs, and such, though? How far off the normal path have we ventured?
edit on 19-12-2016 by deadlyhope because: (no reason given)

Im Scandinavian, we are in a certain degree aware of what we put inside out mouths. But i wont say the majority are, its a cultural thing or more brainwashed like.. THIS IS S#


and actually avoiding cooking with oils

Kind of sounds like a Vegan sponsored post,I eat healthy Dr said everything tests like a teens,I get optic migranes,diet has no effect whatsoever,my ex was a scrub for an Opthomologist,he never mentioned diet,just ways to cure,and I might add he is a medical examiner for the state of California,so pretty well educated,not everyone is perfect

Lets swap this into;" What happens to the brain during a migraine attack? "

I can cure a migraine attack, or i can prevent it by knowing the cause.. But i probably wont ask an eye doctor..

Its like when you ask a programmer in java to fix a problem in C++.. It will mostly be assumptions, and im betting the diagnos will be something related to what they know..

People have a unusual habit of not really caring if its not about them, but if it means they cant eat anything delicious cause their partner is in pain, they are probably gonna say, take an aspirin and let me eat my cake!


Why would you be eating Msg foods in the first place? 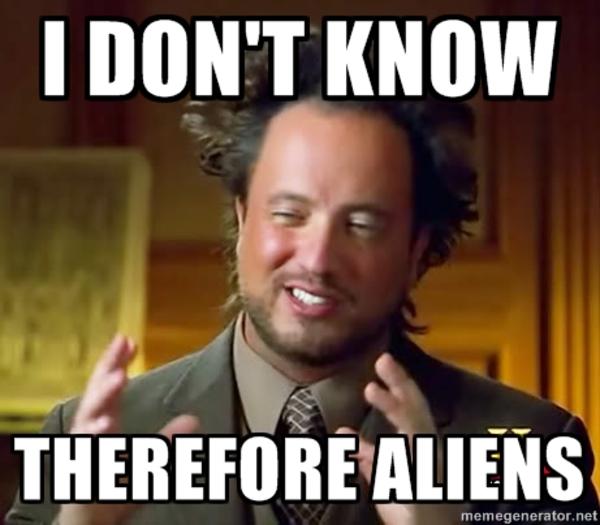 It isn't something I advocate for, some health experts just believe that it's not worth adding the fat to your meal through the oils - not even oils seen as healthier like coconut or olive oil.

Not to mention most people don't take caution, and likely heat up the oil too much which is undeniably unhealthy beside.

That being said, I still cook with oil. I've just read a lot of health books and many suggest not to.

Glutamate is one of the tyramine and the various types have different enzymes needed to break them down or metabolize them properly. Some people have lower amounts of enzyme they produce for epigenetic reasons. Some people produce too much of certain ones of these enzymes. We all have to eat differently to be the same.

For those who have excess enzymes that break down glutamate, they need to consume more or they are antsy and cranky.

Some people have naturally high MAO inhibition and they do not need much glutamates. Many tyramines and tyramine like substances can increase blood pressure too high if you lack the specific enzyme to break them down..

I am glad to see someone actually researching this stuff, it is important to know what causes the problem instead of taking meds to treat the symptoms.
edit on 19-12-2016 by rickymouse because: (no reason given)

posted on Dec, 19 2016 @ 10:22 AM
link
Eat real foods. Eat whole foods. Try to eat foods that have a single ingredient.
READ YOUR LABELS.
Know where you food comes from. How it's grown, find out about the source seed.
Eat a plant based diet.
Drink a lot of water.
Move more, eat less.
Anytime something is labeled as low fat, no fat, sugar free what it really means is chemical #-storm.

originally posted by: tikbalang
a reply to: rickymouse

Our bodies make enzymes to properly digest foods and others to break down any things that are toxic to the body.

Monamine oxidase breaks down these tyramines. If that enzyme is inhibited it doesn't make enough and consumption of aged foods and free and bound glutamates should be kept low. By inhibited I mean something does not allow it to be made in as high a quantity as it should be.

The cheese syndrome is related to this, cheese gives some people headaches. The thing with this process also, if you have the microbes in your gut, they can cause headaches because many of these microbes excrete these chemicals. So sometimes the headaches happen when people drink milk or eat breads. All grains can ferment giving off different chemicals that are tyramines. Fermentation is done by yeast. Our intestines biodome can create either vinegar or alcohol, depending on the foods in it and the oxygen content in the gut. Our blood is actually contains a combination of acetic acid and sodium bicarbonate which forms acetyl acetate which is a part of the blood. I hope I got that name right,

So either we have microbes in our gut or we need to drink vinegar. Enzymes fuel this conversion, if you are low in an enzyme then your blood can be messed up. Most enzymes are created in the liver but every cell also runs off of enzymes and so do many organs in the body

I've had them for nearly 15 years. Sometimes multiple a week. Other times only one every few months.

I have cut things out, changed certain habits. 15 years on, they're still here.

Diet etc can trigger them. Not cause them.

Let's elaborate, you know how to fix them right? What pain med do you take

What does our body need to create the enzyme?

There is a tradition in Asian countries drink a glass of water with Vinegar, why?

Fix them? Haha I wish I can manage them, sure. Often can remove the pain but my concerns used to be the effect they were having on my brain and stroke risk. As I do get aura (often without pain)

However, I am aware as a 25 year old the risk is still low.

Now go back a few steps, what causes the migraine?